Copyright: © 2012 Mishra A, et al. This is an open-access article distributed under the terms of the Creative Commons Attribution License, which permits unrestricted use, distribution, and reproduction in any medium, provided the original author and source are credited.

Organophosphorus (OP) pesticide self-poisoning is an important clinical problem in rural regions of the developing world. OP compounds are chemical compounds containing carbon-phosphorus bonds, primarily used in pest control and are often persistent organic pollutants. They are easily accessible, thus they are a commonly associated with suicides and accidental poisoning in Nepal. In present study one hundred and seventy one patients with severe OP poisoning were admitted in the emergency ward of National Medical College and Teaching Hospital and Narayani Sub-Regional Hospital, Birgunj, Nepal from January 2010 to December 2011, were studied for a detailed epidemiological and medicolegal analysis. The mean age group was 28 years, was prone to most of the cases. Most of the admitted cases were of suicidal as well as accidental in nature and women were the main victim than children. Suicidal deaths due to ingestion of OP compound are very common in Nepal, especially in women. The reason may be the increasing stress in the family and economic constraints. Accidental deaths due to occupational exposure or inhalation of OP compounds are reported but in these cases mortality rate is less than that suicidal poisoning. Further study should be needed by government and national and international NGO to evaluate it.

Organophosphorus (OP) compounds are used as pesticides, herbicides, and chemical warfare agents in the form of nerve gases [1]. Acute poisoning by these agents is a major global problem with thousands of deaths occurring every year [2]. Most of the OP pesticides poisoning and subsequent death occur in developing countries following a deliberate self ingestion particularly in young, productive age group as highly toxic pesticides are readily available at the moment of stress due to family problem, failure in love and exam phobia [3]. Poisoning has been a common cause of medical admissions and deaths in Nepalese hospitals [4-11]. Accidental poisoning occurs every year in children due to their innovative and exploratory nature. Occupational exposure is also recorded due to unprotected use of pesticides during cultivation in Nepal and in other developing countries.

Self-harm has often been thought as a problem particular to the industrialized world. Recent work however begins to emphasize it importance in developing world. The global burden of study is reported that 5,93,000 people killed themselves in the developing world during 1990, 75% of the world wide death from self harm [12-14].

A recent study demonstrated that 44% of all deaths almost amongst 10-50 year old woman in Bangladesh were due to poisoning the majority following suicidal ingestion of pesticides [15].

Pesticides poisoning from occupational, accidental and intentional exposure is a major developing world health problem [16]. Millions of people are exposed to danger by hazardous occupational practices and unsafe storage [17]. However it is the deliberate self poisoning that causes the great majority of the deaths and the immense strain the pesticides put on hospital services particularly Asia [18,19].

In contrast, accidental and occupational exposures were estimated to cause 1 million cases with 200,000 deaths. Many studies have shown the deliberate self poisoning has for higher mortality than accidental poisoning. Various isolated hospital based studies also clearly demonstrate that OP compounds occupy the greatest burden of poisoning related morbidity and mortality in Nepal [20].

Garlic- like smell was an added clinical sign in ingested sulphur containing OP poisoning. Analytical identification of OP compound in gastric aspirate or its metabolites in the body fluids gave the clue that patient has been exposed to OP compounds.

Usually the level of plasma (pseudo) cholinesterase drops to less than 50% before signs and symptoms. The age, sex, occupation, marital status, residential area, season, reason of poisoning, OP compounds involved, time of exposure or administration, time elapsed between administration of OP poison and admission to the hospital, duration of hospital stay, need for assisted ventilation, cardiac manifestation at the time of presentation, and during the in-hospital stay were recorded.

Table 1 and Figure 1 describe that out of total 171 studied cases females were dominant with 57.89%, this observation was very similar to previous researchers [19-25]. In Nepal females are main working group both inside and outside home, hence prone for stress and unhealthy routine that is the main reason for increasing the cases day by day.

Table 1: Total no. of OP poisoning victims with Sex distribution.

Figure 1: Total no. of OP poisoning victims with Sex distribution.

Table 2 and Figure 2 depict that OP poisoning was very common in age group of 16-30 years (51.46%) followed by 31-45 years (24.56%). The reason may be that this is the main working age group i.e.16- 30years, have the whole responsibility of their family and also heavy exposer to OP compounds due to working in cultivated area.

Table 3 and Figure 3 describe occupation of patient. In 171 numbers of cases 17 patients were student who had taken the OP compounds due to failure in love and exam phobia. Farmers were exposed due to unprotected cultivation. Other victims consumed OP compounds due to family and financial weakness.

Table 4 and Figure 4 describe marital status of patients. It is also plays an important role in manner of death. Psychologically, married people have more family and financial constraints. So, majority of suicidal cases were due to these problems. Other typical problem like male members of family was working far from home or in other countries like Saudi, Gulf countries or in neighbor countries for good earnings. So, females came in stress and depressed by other family problems which are main cause of suicidal attempt and homicidal cases.

Table 5 and Figure 5 describe year wise distribution of cases which is found in NMCTH and NSRH. There were less numbers of OP poisoning cases reported in NMCTH than that NSRH in 2010. But, this ratio increased in 2011.

Table 7 and Figure 7 describe the seasonal variation of the incidence of OP poisoning was very large in the month during April to June and July to September (64.91%), in these months harvesting is more; the major insecticide used in field and its main constituents was OP compounds. Therefore, due to the easy availability of the compound, poisoning incidence increases.

Table 8 and Figure 8 describe socio-economic status of patients/ victims. It categorized in upper, middle and lower class. Numbers of victims of OP poisoning cases were belonging from lower and middle class.

Table 9 and Figure 9 describe the types of different OP compounds consumed by patient. As per availability and use of different OP compounds in Nepal, incidence of poisoning by those insecticides is seen commonly. Metacid (Methyl parathion) showed highest consumption 52.05%. Methyl parathion is generally used by farmers during harvesting season and stored in their houses. Majority of people is farmer in Nepal, as we know Nepal is a country of natural resources and field of cultivation.

From Table 10 and Figure 10, it is clear that due to mental, social and personal problems and easy availability of OP compounds in Nepal, India and other countries incidences of OP poisoning seen commonly.

Table 11 describes quantity of poison consumed and outcome of cases from history, clinical features and evaluation it was seen that 11- 100 ml of OP compounds had been taken by patient. In 171 cases of OP poisoning, 18.71% victims died and 81.29% victims recovered after administration of OP compounds. Methyl parathion and dichlorovos (DDVP) used as main source of OP poisoning.

Table 12 and Figure 11 describe time interval between consumption of poison and hospital admission. Increase of time interval depends on nature of poisoning, distance of hospitals from place of occurrence of OP poisoning. 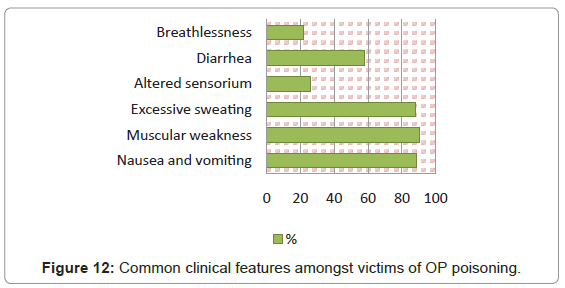 Table 14 and Figure 13 clearly indicated that the victims of OP poisoning used it for suicidal purpose (n=122). 32 homicidal cases were recorded. 17 cases were recorded as accidental poisoning of OP compounds. It is clear from above table- suicidal deaths> homicidal deaths> accidental deaths. Homicidal cases had seen in cases of extramarital affairs, dowry demand and other family constraints.

Hence strict rules must be followed regarding sale of pesticides mainly in adolescent. The pesticides must be sold in the presence of a witness who should be known to the client. Many accidental OP poisoning cases occurs due unawareness of proper use of these pesticides. So, proper guidelines and precautions are necessary to handle these pesticides.