This study was conducted at Daligaw Kebela East Gojjam Zone to assess the medicinal plants and their conservational status. The data were collected through questionnaire, key informant interview, and observation. A total of 82 households were selected randomly from the total household. The key informants from the study area were selected purposively. The collected data were analyzed by using Microsoft excel and expressed by using descriptive statistical such as percentage, tables and bar graphs. In the study area a total of 38 medicinal plants were identified. About 55%, 2.63% and 42.11% were used for treatment of human aliments, Animals aliments and were used for both animal and human aliments respectively. Leaves (78%) followed by roots (40%) are the most frequently used plant parts for traditional medicine. However, the conservation status of some of those medicinal plants are nearly too endangered because of overexploitation, overgrazing, mainly due to over harvesting of their roots. Generally, the above-mentioned conservation challenges may be due to lack of awareness among local community and the concerned government and non-government bodies. So, appropriate intervention on awareness creation and parallel conservation works should be facilitated as far as the issue of medicinal plants sustainability is concern.

Plants are great source of medicines especially in traditional medicine, which are useful in the treatment of various diseases [1]. Traditional medicine has not only played a vital role in proving healing but has also contributed to the discovery of most pharmaceutically active substances in plants [2] which have been used in the commercial production of drugs it has been estimated that, up to 90% of the population in developing countries rely on the use of medicinal plants to meet their primary healthcare needs [3].

According to Schippmann et al. [4] more than 50,000 plant species are used for medicinal purposes world wide of which almost 13% are flowering plants. containing active chemical constituents (alkaloid, glycoside, saponin, essential oil, bitter principle tannins and mucilages) in its parts for example root, stem, leaves, bark, fruit and seeds which produces definite curing physiological response in the treatment of various ailments in humans and other animals [5]. In different civilization the contribution of floral biodiversity to healthcare has been well documented [6]. Because of the accelerated local, national and international interest in recent years, the demand for medicinal and aromatic plants has increased manifolds and pharmaceutical industry view plants wealth as a source of income. Due to easy availability, no side effects and sometimes only source of health care, the demand for medicinal plants is increasing in both developing and developed countries.

Ethiopian traditional medicine is vastly complex and diverse and various greatly among different ethnic groups [7] under the rule of Menelik (1895-1913) western medicine become significantly more incorporated in to the Ethiopian medicinal system.

Ethiopia is the origin and center of diversity for many plant species. There are about 6500 species of plants in Ethiopia that makes the country is one of the most diverse floristic regions in the world [8]. Being the country has diverse climatic and demographic potential several of such indigenous and exotic species and essential oil bearing plants could grow in Ethiopia and provide remarkable benefits to the national economy. About 1000 identified medicinal plant species are reported in the Ethiopia flora; however, many others are not yet identified. About 300 of these species are frequently mentioned in many sources. In various written records of medicinal plants from central north and north eastern parts of Ethiopia are having small fractions of medicinal plants present in the country. But very recent study on the Bale Mountains Motional Park in there south east Ethiopia revealed that the area, as much as it is biodiversity hotspot [9]. Therefore, the study focuses to identify different medicinal plants in Dalgawi Kebele, Gozamen Woreda.

The study was conducted in Daligaw (04) Kebele Debre Markos distinct and east Gojjam zone located in Amhara Region of Ethiopia. It is far from 3km from Debre Markos town in south west direction. The study area was geographically located at 10017’ north latitude and 370 45’ East longitudes with an altitudinal range 2450m-2520m above sea level. The mean annual rain fall was ranges from 1300-138 mm and the mean annual temperature is 18.50c with mean annual maximum and minimum temperature of 22ocand 15oc respectively.

Data for the study was collected from both primary and secondary source of data. The primary data sources were used field visit, key informant interview and structured questionnaires. Where the secondary data was collected from books, journals, and different unpublished materials were used. In the study area from 461 total households 82 sampled households was selected by using simple random sampling strategy. The sample size was determined by using the formula of Yamane 1967 [10].

N=Total Household of the study area

Therefore, the sample size will be determined from this equation

In the study area key informants was selected by using purposive sampling techniques. The key informants were included people who are long lived, have knowledge about medicinal plants, herbalists. The collected data was analyzed by using Microsoft excel tool and expressed in percentage, frequency and interpreted by using tables, graphs and figure.

In the Table 1, 38 listed medicinal plants, about 20 of those plants are also discovered by other researcher at different places as a medicinal plant [11]. Some of those plants are Echinops Kebericho (Kebricho), Phytolacca dodecandra (Endod), Otostegia integrifolia (Tunjut), Hagenia abyssinica (Kosso), Allium sativum (Nechshinkurt), Croton macrostachyus (Bisana), Kalanchoe petitian (Endawula), Lepidium sativum (Feto), Cordia Africana (wanza), Rumex nervosus (Empacho) etc. The remaining 18 medicinal plants were practiced on the local community however not common in other study areas of the country.

Table 1: Some medicinal plants and their uses.

Plant parts used for the preparation of remedies 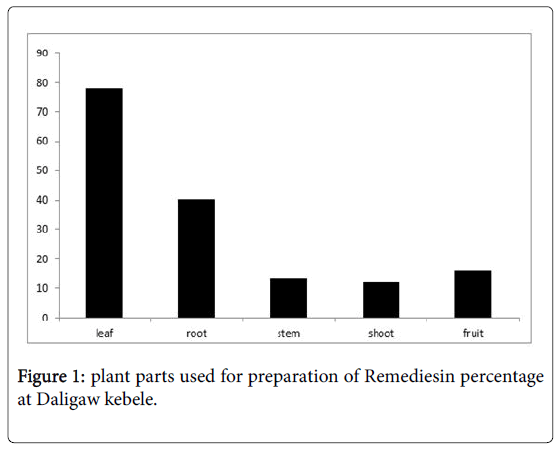 The main reason of many traditional medicine practitioners used the leaf part for remedial preparation is due to its accessibility and to prevent the plant from extinction. According to Abiyu Enyew et al. [12] the leaf is easily renewable part of the plant and using plants for medicinal purpose may not affect the survivality of a plant and is not causes a serious challenge or stress factor for plants. Other researchers also proved that leaf is the major source of traditional medicine in many areas of Ethiopia [13]. 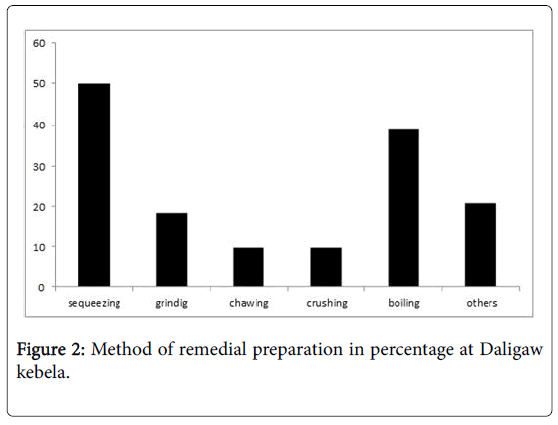 Figure 2: Method of remedial preparation in percentage at Daligaw kebela.

Getaneh et al. [10] also found similar result at different study areas. The Authors showed that, squeezing is the most common remedies preparation method followed by crushing. However, unlike the present study, Ermiyas et al. [9] proves that, powdering and crushing methods are the most common remedies preparation than squeezing. So, all these all indicates that method of remedial preparation for the traditional medicinal plants are not common throughout the country. 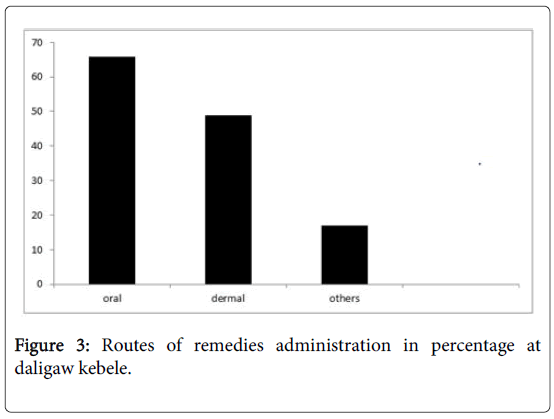 Figure 3: Routes of remedies administration in percentage at daligaw kebele.

Similar to the present study, Getaneh et al. [10] was found that, oral is the most common remedies administration method. The authors also point out that, based on the nature of the disease and to improve the quality of ethno-medicine and acceptability by patients the remedies was mixed with water, tea, milk or honey and administered as a form of drink, the finding is partially similar with the present study. Among the above 38 medicinal plants, 6 species (15.78%) were herbs followed by 22 species (57.9%) shrubs and 11species (28.9%) trees.

For the medicinal plant investigation 38 plant species were identified that belongs to general human and domestic animal families [14]. The wild areas were the most sources of the medicinal plants than home gardens. This study disclosed the existence of about 38 medicinal plants in the area. The study also discovered that the conservation status of some of those medicinal plants such as Kebericho, Wogert, Yejib-Shinkurt etc. Were nearly too extinct because of over exploitation, overgrazing and urbanization. In addition, the study disclosed that some of these plants such as Lut, Endod, Gorteb, Aregresa, nechebahir zaf, damakassie were widely distributed in the area of study. In the study area, common preparation methods of remedies were extracting juice by squeezing followed by grinding [15]. On the other hand, remedies were administered mostly through oral followed by dermal application, based on the nature of diseases.

Copyright: © 2018 Asmamaw D, et al. This is an open-access article distributed under the terms of the Creative Commons Attribution License, which permits unrestricted use, distribution, and reproduction in any medium, provided the original author and source are credited.