Copyright: © 2017 Chandra Mohan S. This is an open-access article distributed under the terms of the Creative Commons Attribution License, which permits unrestricted use, distribution, and reproduction in any medium, provided the original author and source are credited.

Visit for more related articles at Journal of Accounting & Marketing

The present world at 21st century is with plenty of luxuries. The much matured areas adding flavor to this are technology, innovation and research especially. With the help of these the man can able to do maximum number of day to day transactions without any pain. As the culture and trend are supporting technology and innovation these are taking the present generation into a separate world ISM. Basically ism is not a worry practice but in the recent decades the whole mind set and principle following of the members, forming as team and executing some devastation rising concerns around the world. The routine life of an average person has got a kind of phobia that, what ceasefire takes place at which time and part of world. Interestingly 2016 is the year which has observed attacks every month till July ends almost a menace every day. By The very recent incident executed by ISIS in Nice of France country particularly tells us the severe nature and ism of the terror group. The basic understanding here is that the attitude of the people at some circumstances is getting change and the result is assault. As a general public with generous nature and gentle environmental facilities why a few are becoming like this? It also brings the question how these groups are taking birth without a formal registration and recognition? And the third very interesting objection we get here is who the back bones of these groups are. Interestingly though people are fond of many things like music, money, position etc. the very inherent wound that corrupts the mindset of the individual is attitude ultimately it leads to many of the unreasonable and unacceptable creations. Here with this opportunity let me share a few points of unacceptable actions that come from wrong attitude and the route factors.

The obvious perception one gets from the internal system to make some sense at situations called attitude in simple Terms. The situation and action are the two narrow studies which explain about the good number of symptoms on this. Those are; P-E-R-F-E-C-T in small and which are abbreviated as below, Parents, Environment, Role models, Family, Education, Compassion and Teacher [1].

Parents who got the highest rank in view of respects need to be careful in molding the children from the day one onwards. In my opinion they are the supreme powers to use and to have all sorts of dos and don’ts. If they are perfectly grown children or transformed to perfection like born or made leaders the attitude of the children would definitely become inspirational to many in the generations to the generations. The main problem especially we are having in India is here majority of them are living in a village where still there is no electricity, drinking water [2], school, roadways etc… the very high inconvenience faced by many researchers is education and their occupation. Though we are running in a hurry flight carrying number of aspirations, visions, likes, demands etc….we are literally failing to upload sense into our minds which can bright up our journey. In this juncture where parents and children are like two plats of a train we don’t see any match in between these two until and unless they forms an understandable mediation of the above discussed carriages (Figure 1). 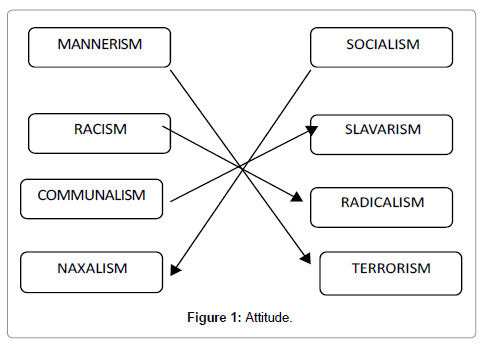 In this particular ism trend the informative subject to recall about the principle like practice about the ISM could help the reader understand the concept in better manner. The journey of this great power started along with the civilization itself. But the forms of it are different in nature wise and in implication wise. The chain follows like this, People who are good at teaching history and human anatomy seriously debate on this evolution with some interesting insights. The fundamental rights of a human being are been set aside by all the above listed ism principles except mannerism [3-6].

The wonder thing that is teaching lessons to the entire world every day in the form of attacks, assaults, menaces, ceasefires, humiliations and corruptions are not having any religion, nationality, community gender, geographical and language barriers. It is like an open recruitment without any eligibility and qualification and only with negativism. This particular platform is having presence in almost all the world countries [7].

The person who is expressing interest towards terrorism and having negative attitude is not a born terrorist I could say that he/she is a made terrorist. The question what made them like this is a very mysterious and miserable story to listen. Here with the limits of my knowledge and experience try to list out some factors like precipitators. They are;

8. Emancipation and Absence of vision.

The very first question now delegates around the world are discussing is about terrorism. The communicable disease like which is sending alarms to the global village. People from the countries are in confusion to express openly and to exploit the chain. I think how long existence of human being continues terrorism will also walk in the same line because the positive and negative sides of life are been tied knot with good and bad since centuries onwards.