Copyright: © 2015 Ali A, et al. This is an open-access article distributed under the terms of the Creative Commons Attribution License, which permits unrestricted use, distribution, and reproduction in any medium, provided the original author and source are credited.

Autism spectrum disorders (ASD) is a complex heterogeneous neuro-developmental disorders with varying degrees of severity that can cause significant social, communication and behavioral challenges. ASD research has received considerable attention and continues to be focused because of limited options available for its successful management. The detail understanding of the ASD etiology has now been progressed to encompass genetic, epigenetic, neurological, hormonal, and environmental factors that may affect the individual symptoms of the patients with ASD. The diagnosis of ASD is not that easy since there is no clinical test, such as blood test, available for diagnosis. Specific set of genetic and epigenetic biomarkers represented by a characterized phenotype can respond efficiently to the treatment with a specific drug or intervention. Nevertheless, children and young people with ASD have higher chances of developing unbearable side effects from the use of medications. The general etiology (genetic and epigenetic) and associated symptoms, biomarkers and treatment options of autism are briefly discussed in this article.

Autism spectrum disorders (ASD) is a range of complex neuro-developmental disabilities that can affect the social interaction and communication, and overall behavior of individuals. Being a heterogeneous developmental disorder individual with ASD exhibit both characterized symptoms and a number of associated symptoms.

The deficits in social interaction, social communication, and repetitive patterns of behaviors, activities or interests are the usual indicators in many children. Person with ASD also seriously affects the associated families, directly or indirectly, nevertheless, ASD is more prevalent in boys than girls [1] (Figure 1). 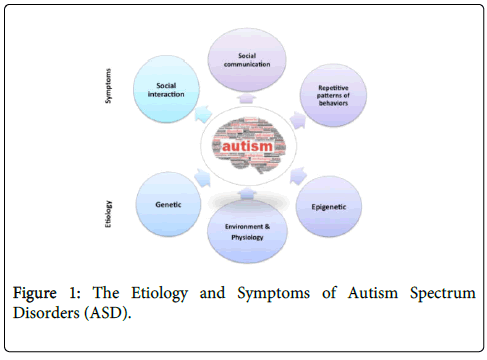 Figure 1: The Etiology and Symptoms of Autism Spectrum Disorders (ASD).

Early diagnoses of ASD in children and adults with the right interventions noticeable improvements can be observe. Physician can diagnose the patient based on an assessment of specific symptoms and diagnostic tests. On the other side, an educational determination can also be made by a multidisciplinary evaluation group from various school professionals to check the suitability of children to certain level of education [2,3]. While diagnosing ASD, it is important to distinguish autism from other similar conditions or disorders, as precise and timely diagnosis can provide the basis for an appropriate treatment and educational program. Presently, the diagnostic and statistical manual of mental disorders 5th edition (DSM-5) and the International Statistical Classification of Diseases and Related Health Problems 10th Revision (ICD-10), are the leading diagnostic classifications available for this disorder [2]. The former strategy (DSM-5) is recently developed and has re-conceptualized the spectrum into a broad category i.e., ASD and Social Communication Disorder (American Psychiatric Association, 2013).

Despite being highly heritable, ASD demonstrate heterogeneous clinical symptoms and genetic architecture, which poses hindrance in the identification of common genetic susceptibility factors. Autism should not be considered as a single clinical entity; rather it can be viewed as a behavioral manifestation of about hundreds of genetic and genomic disorders [3].

A number of approaches have been employed to identify susceptibility loci or genes for ASD. Similarly, over 500 distinct genetic loci have been estimated which may be consider related to ASD [4]. Being one of the most familial psychiatric disorders, ASD has gathered inquiries about possible genetic biomarkers, however, progress has been relatively slow, significant increase observed however with the introduction of high-throughput techniques such as genome-wide association studies (GWAS) and microarrays [5]. Genome-wide association studies have identified, with replication, denovo variations which are strongly associated (with sufficient power) with ASD. Deletions at the neurexin 1 (NRXN1) locus, duplication at 7q11.23, duplications at 16p11.2 have been reported to be associated with ASD [5]. In addition, whole exome sequencing verified by four reports has found genetic mutations associated with ASD including SNC2A, CHD8, DYRKIA, POG2, GRIN2B and KATNAL2 [6]. Specifically, in European population 5p14.1 is found to be associated with ASD [7]. Among the common polymorphisms found to be associated with autism risk, the methylenetetrahydrofolatereductase (MTHFR) polymorphism is one of the most widely reviewed [8]. Similarly, the cadherin 9, cadherin 10, semaphorin 5A and taste receptor, type 2, member 1 are found on region 5p14 and are also reported to be associated with ASD [9]. Additionally, NLGN4 and large deletions in regions 2q22.1, 3p26.3, 4q12, 14q23 are also reported to be involved [10].

Recently, a genome-wide epigenetic study in disease-discordant monozygotic twin reveals involvement of epigenetic factors in the development of ASD. The DNA methylation differences can occurs in many loci including AFF2, AUTS2, SLC6A4, NLGN3, GABRB3, NRXN1, UBE3A, the oxytocin receptor, MeCP2 and changed chromatin structure in pre-frontal cortex neurons at hundreds of loci has been observed [11]. Besides, environmental and physiological influences are the important factors accounting for inter-individual DNA methylation differences, and the impact differ across the genome. The Impact of environment on gene expression, including metabolic processes such as oxidative stress, mitochondrial function, methylation, immune function, and inflammation is as a consequence of the mother and father immune systems and associated environmental toxicants, and diet etc. Mitochondrial dysfunction, environmental risk factors, metabolic imbalances, and genetic susceptibility can consequently cause oxidative stress resulting in inflammation, cell membranes damages, autoimmunity, impaired methylation, cell death and neurological deficits [12].

A significant challenge toward the identification of potential biomarkers in ASD is the genetic and neuro-biological changes or epigenetic processes; however, these may be active only during particular periods of time and may not define the disorder, rather only the process that led to it. Although, specific biomarkers for autisms are not yet available, but several studies have detected altered levels of various substances in body fluids from ASD patients in comparison to controls such as serotonin, gamma aminobutyric acid, oxytocin, low vitamin D levels and many more [13]. In case of oxidative stress urine indicates presence of Plasma F2t-Isoprostanes, Urine 8-OHdG, decreased level of transferrin, Plasma 3-chlortyrosine (3CT) and 3-nitrotyrosine [14]. Mitochondrial dysfunction is indicated by lactate, pyruvate and lactate-to-pyruvate ratio, quantitative plasma amino acids, carnitine, ubiquinone, ammonia, CD, AST, ALT, CO2 glucose, and creatine kinase (CK) [15]. Immune dysfunction and neurological damage are indicated by neopertin and S100B, respectively [16]. All these studies involved small number of patients and hence may not signifies these molecules as potential biomarkers to characterize ASD. In addition they mainly compared susceptible ASD patients with controls of same age not showing ASD symptoms, which makes it uncertain whether these biomarkers profiles are unique to ASD– they may be present in other neuro-developmental disorders. Further research in this regard would be needed to find clinically relevant and specific biomarkers. Furthermore, biomarker research has immense potential in targeting autism diagnosis and treatment.

Treatment and Management of ASD

As phenotypes (in case of ASD) arise as a consequence of a diverse set of biochemical processes resulting from numerous genetic and epigenetic factors, therefore phenotypic characterization of neuro-developmetal disorders is foundation of advances in clinical practice and research. Hence, with a given set of genetic and epigenetic markers “phenotypically characterized individual” can respond efficiently to the treatment of a “phenotypic diagnosis” with a specific drug or intervention, as the same treatment would be completely ineffective for another case having a different pattern of biomarkers. The quest to develop potential drugs for targeting social and communication behavior is still challenging as we still lack specific understanding of the ASD associated neurobiology, the heterogeneity of the particular condition, and the natural course of gradual improvement in these core symptoms.

Antipsychotics, one of the most studied class of medications in ASD patients, typical antipsychotics have been dropped in favor of atypical antipsychotics, due to concerns of extra pyramidal symptoms (EPS) [17], these atypical antipsychotics emerged as the first-line pharmacological treatment for behavioral problems [18]. Irritability, aggression, self-injurious behaviors, hyperactivity, repetitive behavior and other behavior problems are managed by risperidone, an approved drug [19]. Risperidone is also used with other agents such as topiramateto reduce hyperactivity and stereotypic behaviorefficiently [20]. Antidepressants such as cloripramine is considered efficient against obsessive compulsive disorders but were inconsistent against hyperactivity. This inconsistency requires more research in management of ASD using antidepressants [21]. Similarly divalproex, a mood stabilizer is also proved to be inconsistent for irritability and aggression [22], hence, their use is restricted.

Despite the recent advances and understanding of pharmacological use of new medications, conventional medication has been proved to be effective against dysfunctional behavioral problems responsible for the disease conditions such as irritability, aggression, anxiety, stereotyped behaviors, hyperactivity, and sleep disorder [23]. Medications traditionally regarded as complementary agents are reported to impart potential benefits for example, melatonin, an endogenous neurohormone is used to manage sleep disorders in children with ASD [24]. Some essential fatty acids such as alpha-linolenic acid, docosahexaenoic acid and eicosapentaenoic acid are also found to be effective against Attention Deficit Hyperactivity Disorder (ADHD), depression and schizophrenia [25]. Animal models have revealed the association of ASD with Gamma-amino butyric acid (GABA)-signaling pathways [26]. Although the etiology of abnormal glutamate levels is still unclear as it can range from dietary origin to glutamate receptor problems, however, with understanding of the exact etiology underlying ASD the pharmacological strategies targeting the glutamate receptors are now showing promising results especially for the management of social behaviors. Drugs such as NMDA (N-methyl-D-aspartate), MPEP (2-methyle-6-pyridine, D-cycloserine works within glutamatergic system. Oxytocin, a neuropeptide has also been used to manage rare symptoms for example, sexual behaviors, separation suffering, social memory and recognition, stress response and, the regulation of feeding and grooming [27].

Recent trends in ASD research are inclined towards the etiological factors such as genetic, epigenetic, neurological abnormalities, metabolic abnormalities, neurotransmitters, hormonal, immunological, prenatal and environmental factors responsible for ASD. Pharmacologically, the strategy will provide solid foundation for development of medications targeting the biological basis of ASD, hence being more specific and potentially improving the core deficits of such condition. Whilst, this research is currently laboratory based however may has great potential for extension in clinical applicability.