Potassium (K+) channel activation has been shown to be responsible for the repolarization of the membrane potential following the depolarization phase of an action potential [1-5]. Differences in the type of K+-channels expressed in a given neuron influence the properties of action potentials produced by the neuron [1,4]. Outward going K+ A-type currents (IA) have been shown to regulate the action potential firing rate by modulating the inter-spike interval in response to sub-threshold current injections [2-5]. The IA is mediated by multimeric channels comprised of mainly Kv4 family α-subunits in combination with modulatory β-subunits [6]. Functional knock-out, through expression of dominant negative Kv4.2 α-subunits (Kv4.2DN) in rat cortical pyramidal neurons has been shown to selectively eliminate IA, resulting in reduced action potential threshold, increased action potential duration, and increased neuronal excitability [5]. Additionally, experiments in rat hippocampal neurons have shown that nearly all of the K+ current underlying the repolarization phase of an action potential can be accounted for by the IA and the dendrotoxinsensitive K+ D-current (ID) [3]. Due to its important role in regulating neuronal excitability, it is not surprising that the IA has been the subject of intense study in its relation to epileptic seizures.

Certain genetic epilepsies have been linked to misregulated or mutated K+ channels in humans [7-14]. Some patients suffering from intractable temporal lobe epilepsy have been shown to express Kv4 α- subunit mutations, specifically truncation mutations in Kv4.2 α- subunits [8,14]. In these patients, the mutation manifests as a reduction of the IA thereby leading to hyperexcitability. Similarly, IA and ID antagonist 4-aminopyridine (4AP) has been shown, in in vivo and in vitro studies, to cause hyperexcitability and the development of seizure-like epileptiform discharges [15-23]. Recent work suggests that the mode of action of 4AP in epileptiform onset is not through its direct reduction of IA or ID and increased principle neuron excitation; rather, 4AP increases the excitability of both inhibitory and excitatory neurons, the former of which is pivotal in the development of seizurelike activity [15,17-19,21,23,24]. Previous studies have shown that the potassium-chloride co-transporter isoform 2 (KCC2) plays an important role in the generation of 4AP-induced seizure [15,17-19,22]. Indeed, in rat brain slices treated with 4AP, reduction of KCC2 activity prevents seizure-like discharges while inter-ictal activity remained relatively intact [18]. The mechanism and extent to which KCC2 influences the properties of 4AP-induced inter-ictal activity remains to be fully understood.

Previous studies have attempted to fill this gap in our understanding of the precise effects of 4AP on neuronal activity, but lack of consistency in their methodologies and concentrations of 4AP, ranging from 3 μM to 40 mM, used for such studies prevents the development of a complete picture [18,20,21,23,25-28]. In our new study, we explored the concentration-dependent effects of 4AP on the spatiotemporal properties of induced epileptiform activity in acute mouse hippocampal brain slices. We found that bath applied 4AP produced dose-specific epileptiform bursts, the properties of which depended on 4AP concentration. Additionally, the reduction of KCC2 co-transporter activity through bath applied VU0240551 prevented the generation of the higher frequency component of epileptiform bursts at high 4AP concentrations.

All experiments and procedures were performed according to University of California, Riverside Institutional Animal Care and Use Committee-approved protocols. Wild-type (Jackson Laboratory, C57BL/6J, stock number 000664) mice colonies were bred and maintained in house to generate pups for this study. All mice were provided fresh water and mouse chow ad libitum, and a consistent circadian cycle was maintained by the vivarium facility. Both male and female mice were used in this study.

Multielectrode array (MEA) recordings were performed on a 60- channel perforated array (60pMEA200/30-Ti) with a low-noise amplifier (MEA1060-BC) from Multi Channel Systems. Hippocampal slices were prepared, as described above, placed on the array, and positioned such that the CA1, CA3, and dentate gyrus (DG) were centered over the recording electrodes. Channels with high noise level were silenced prior to recording. Experiments consisted of an initial 30 min ACSF control followed by eight consecutive 30 min conditions of increasing 4-aminopyridine concentrations (25-200 μM in 25 μM step sizes). To test the effect of the KCC2 co-transporter on the characteristics of 4AP-induced epileptiform activity, we followed the same procedure outlined above, but added 10 μM of the KCC2 cotransporter antagonist VU0240551 to the perfusate containing 4AP. All MEA recordings were performed at 32 C, which was sufficient to generate stable epileptiform activity. For 4AP only experiments n=4 slices from 4 different mice, and for 4AP+VU0240551 n=6 slices from 6 different mice.

Data were acquired using MC Rack software (MultiChannel Systems) and exported to MATLAB (Math Works) for further processing. Data from all 60 MEA channels were collected at 25 kHz and downsampled offline to 5 kHz. Synchronized network activity or epileptiform bursts recorded by the MEA were detected using our previously described percentile-based method [29]. Briefly, a low (1.25 ± 0.75) and high (98.75 ± 0.75) percentile were used on unfiltered data from a single channel recording from each of the hippocampal subfields mentioned above. The low percentile was used for events with negative polarity, while the high percentile was used for events with positive polarity. The amplitude corresponding to the low or high percentile was used as a threshold for detecting the epileptiform bursts. Similar to [29], burst onset was defined as the moment when the LFP crossed the percentile-defined threshold. The bursts were extracted from all channels with 500 ms before and after burst onset, and a nonoverlapping period of 1 s was used. Inter-event intervals were computed as the difference between timing of the peak of a given event and that of the event prior to it. Event frequency was computed as the inverse of the inter-event interval. Fourier transforms were performed on the unfiltered, downsampled data using Matlab function fft. We used a sliding window of size 60 s with a 30 s overlap to compute the mean power spectrum. The mean was computed across all resulting transform signals across all slices for each condition. Data are presented as mean +/- standard error (SEM).

We induced epileptiform activity throughout the hippocampal cortex by bath application of 4-aminopyridine (4AP). Local field potentials (LFPs) were recorded using a 60-channel MEA from the hippocampal subfields CA1, CA3, and DG positioned over the MEA electrodes (Figure 1A). Control, ACSF only, recordings showed minimal multiunit activity (data not shown). Spontaneous epileptiform activity was not observed in control conditions. Bath applied 4AP at all concentrations tested in this study (25 μM-200 μM) resulted in a transition from quiescence to a seizure-like state characterized by stereotyped continuous epileptiform activity (Figure 1). Epileptiform activity was robust, and highly synchronized across all MEA electrodes (Figure 1B). Single channel recordings from CA1, CA3, and DG revealed a bias towards CA3 as the generator of the largest epileptiform activity (Figure 1C, E). Figure 1D shows all the extracted epileptiform bursts (see Methods) from a single channel in CA3 superimposed (black traces) with the average burst superimposed in red. This revealed that the events recorded from the same channel show similar temporal properties throughout the duration of the burst. The temporal similarities in burst progression were not constrained to recordings from CA3. Figure 1F shows heat maps of all bursts recorded in the same channels from CA1, CA3, and DG revealing stereotyped activity induced throughout the hippocampus by 4AP. Since application of the KCC2 co-transporter antagonist resulted in overall low frequency epileptiform activity for all 4AP concentrations tested, we hypothesized that this trend may be reflected in the interarrival times of the epileptiform bursts. To this end, we computed the inter-event interval for different 4AP concentrations for both 4AP only and 4AP+VU0240551 conditions. As shown in Figure 5A, increasing 4AP concentrations resulted in shorter inter-event intervals for both conditions (i.e. with and without VU0240551). In agreement with our hypothesis, reduction of KCC2 activity increased inter-event intervals (compare Figure 5A red and black lines). For the condition of 4AP only, we observed higher event frequencies as compared to the condition of reduced KCC2 activity (Figure 5B). The largest differences in event frequency were observed for lower concentrations (compare Figure 5B red and black). 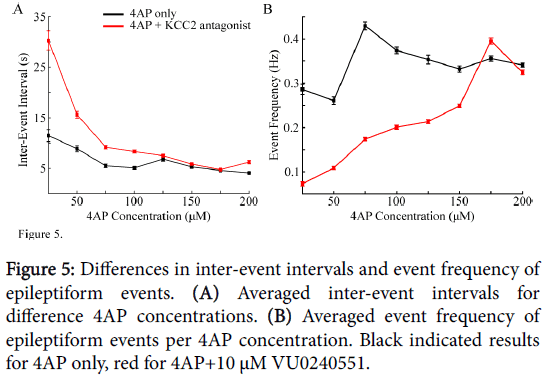 Table 1: Summary of concentration-dependent effects of 4AP only condition. Numerical values are presented as the mean +/- standard error.

K+-channels regulate the intrinsic excitability of neurons and maintain the repolarization phase of action potentials [1-6,30-32]. Specifically, the IA and ID seem to account for nearly all of the K+- current during this repolarization phase in principal neurons [3]. Due to the roles of these two currents in the regulation of neuronal excitability, they have been the focus of decades of intense study with the hope of gaining a better understanding of the mechanisms leading to the development of epilepsy [8,13-15,20,26]. In this new study, we tested the hypothesis that the effect of IA and ID channel antagonist 4- aminopyridine (4AP) is strongly concentration-dependent. Different 4AP concentrations are characterized by qualitatively different spatiotemporal patterns of epileptiform activity in acute mouse hippocampal brain slices. Our in vitro data suggests that the spatiotemporal propagation, underlying frequency components, and inter-event intervals of 4AP-induced epileptiform activity vary with concentration. Furthermore, high concentrations of 4AP lead to appearance of the high frequency component in epileptiform events, which are dependent on the activation of the KCC2 co-transporter.

Recent work has pointed to the role of the KCC2 co-transporter in the development of 4AP-induced seizure [15,17-19,22]. KCC2- dependent efflux and accumulation of extracellular K+ may drive transitions to a seizure-state by initiating a positive feedback loop in which elevated K+ leads to network depolarization, which in turn leads to further accumulation of extracellular K+ [17,23,35-40]. Previous studies have shown that 4AP-induced ictal, seizure-like activity can be abolished in response to reduced KCC2 co-transporter activity [18]. With this in mind, we tested whether reduction of KCC2 cotransporter activity could prevent the changes in epileptiform activity induced at high 4AP concentrations. Our results showed that the high frequency component of the epileptiform activity was abolished in response to KCC2 antagonist VU0240551. Additionally, the number of epileptiform events was no longer dependent on 4AP concentration, and the inter-event interval was increased. These data may point to differences in the mechanisms by which IA and ID reduction leads to seizure generation, with the former involving KCC2-dependent K+ efflux and accumulation.

In sum, our study revealed the complex effect of 4AP application, possibly involving several complimentary biophysical mechanisms dependent on both ionic currents and exchangers. It further suggests that the relative contribution of these mechanisms to epileptiform activity and the overall effect of 4AP application may vary with 4AP concentration.

Copyright: © 2018 Myers TL, et al. This is an open-access article distributed under the terms of the Creative Commons Attribution License, which permits unrestricted use, distribution, and reproduction in any medium, provided the original author and source are credited.