Copyright: © 2016 Mwaheb MA. This is an open-access article distributed under the terms of the Creative Commons Attribution License, which permits unrestricted use, distribution, and reproduction in any medium, provided the original author and source are credited

Background and Objective: Child abuse is not an uncommon issue for pediatrics; rather, it is a major public health worry all over the world. An apparent form of maltreatment with children is child sexual abuse (CSA), which has negative consequences on both the short and long-term health consequences, apparent in both physical and mental disorders. This study is particularly important to determine the demographic and medico-legal aspects of sexual abuse of children in Fayoum Governorate, Egypt, which has clinical implications for pediatricians, psychiatrists working with children. Methods: This is a multi-faceted study that was conducted among children by the Forensic Medical Authority (FMA) in Fayoum Governorate. This study is a descriptive case-series analysis of child sexual-abuse cases documented over the last five years (2010-2014). Results: The total number of cases was 15 victims; 80% were males and 20% were females. Most assaults occurred in 2010 (20%), 2013 and 2014 (33%). The samples selected was at a mean age of 8 years and the range of ages varied from 5 months to 15 years; 12 (80%) were males and 3 (20%) were females. A total of 40% of the victims were related to the urban areas, and 60% of the victims were from rural areas. Physical signs were found in 26.7% of the victims in the form of abrasion and bruises in the face, forearm and leg, while such signs were absent in 73.3% of the selected sample. The perianal sign was found in 80% of the victims while it was absent in 20% of them. Conclusion: The study has shown that the rate of parental illiteracy of the selected sample was higher than it was for others (the general population), which seems to be one of the causes of the issue. The main victims are the children whose ages range from 6-12 years.

The study is descriptive, looking back on the reported cases of the Forensic Medical Authority (FMA) records in Fayoum governorate of child sexual abuse cases investigated in the period from 2010 to 2014. The selected sample covers children from birth up to 18 years' old, who were assessed by the FMA in connection with the issue under study. The current study does not investigate cases that recorded symptoms of diseases simulating child sexual abuse. The main variables examined are the demographic data base (age, sex, place of residence), physical findings, and genital findings.

• Data were gathered and coded to facilitate data processing; then they were double-entered into Microsoft Access and data were then processed using SPSS software version 18 under windows 7.

• A simple descriptive analysis in the form of numbers and percentages for qualitative data, and arithmetic means as a central tendency measurement, standard deviations were used as a measure of dispersion for quantitative parametric data, and inferential statistic test.

• With respect to the qualitative data, the following measures were taken.

• Chi square's test was done to make a comparison between two or more qualitative groups. Level P ≤0.05 was adopted as the cut-off value for significance. 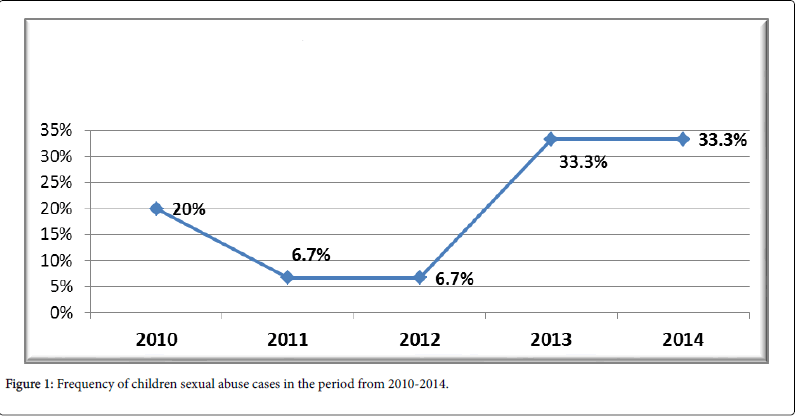 Figure 1: Frequency of children sexual abuse cases in the period from 2010-2014. 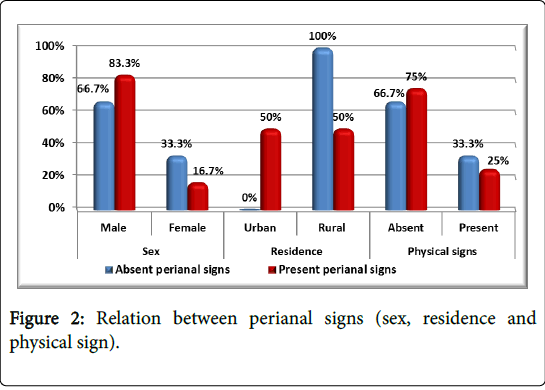 Table 2: Description of variables in the studygroup.

The general definition of child cruel abuse and CSA as a specific aspect of child maltreatment- is increasingly realized worldwide as crucial to effective preventative strategies [8]. The World Health Organization has defined child sexual abuse as: the sharing of a child in a sexual activity that he or she does not fully realize, , in which he or she is unable to give informed consent to, or for which the child's physical and mental development is not already completed and cannot give consent, or infringe the law or social taboos of society [9]. Child sexual abuse is seen as an activity between a child and an adult or another child who by age, development in a relationship of responsibility, trust or strength, the activity being intentional to enjoy or fulfill the needs of the other person. This may include, but is not limited to, the prompting or force of a child to engage in any forbidden sexual activity, the use of a child in prostitution or other prohibited sexual practices, and/or the exploitative use of children in pornographic performance [10].

Matching with the findings of national and international surveys, CSA was more apparent among females than it was among males, though rates of CSA among males were also observed. The true gender distribution of CSA may becloud by under detection and underreporting among males. The reason for this is that attention from parents, teachers, pediatricians, and other childcare professionals regarding CSA was primarily paid to girls [11,12]. Boys seem to resist disclose sexual abuse because of fear of punishment, stigma against homosexuality, loss and community epidemiological studies of selfesteem. They may subsequently be drawn into the criminal justice or substance abuse treatment systems, resulting in representation of males with CSA, in clinical and community epidemiological researches [13,14].

Forensic medical authority in Fayoum governorate recorded only 15 cases, although the real number obviously exceeds this number. That is to say, for fear of scandal and by virtue of customs and traditions of the society, these are the only cases that have been registered in the province of Fayoum governorate, Egypt.

This study of 15 victims mainly focused on CSA in Fayoum governorate, despite the variation in the number of CSA cases from year to another. The study has also pointed to an increase in cases from 3 per year in 2010 to 5 cases in 2014. This increase in the number of cases might be seen in two ways: it might be an actual increase in the progression of CSA cases due to increased public and professional awareness, or it can be seen as an improved recognition and referral. This goes in line with another research done in Saudi Arabia ultimately aiming to describe the socio-medical and forensic characteristics of documented cases of living child abuse in the maternity and children hospital (MCH) and the forensic and legal center (FLC) in Dammam, Saudi Arabia, reporting the physical and sexual assaults on victims less than 18 years old in the MCH from 2008 till the end of 2010 and FLC from 2006 to 2010. The findings show that 87 cases were reported in which 85% of the assaults were sexual, 12.6% of the assaults were nonsexual and 2.3% were combined (both sexual and non-sexual abuse). The number of the reported cases of child abuse over the studied period in both centers shows an increase in cases from 6 per year in 2006 to 21 cases in 2010 [15].

Recent study in SriLanka showed the trend of abuse over the years in the immediate post war period, prevalence was more in 2009 and 2012 .There was a rapid increase in abuse in the year 2014 [17].

Other modern and more comprehensive reviews of present evidence from two main sources are retrospective accounts from adults reporting CSA experiences and studies of children undergoing forensic evaluation for CSA, supported the notion that children often delay abuse disclosure [18]. It is well known that disclosure is determined by a complex interplay of factors related to child characteristics, family environment, community effects, cultural and societal attitudes [19].

In this study, it was clear that 80% were males and 20% were females. These is only reported to the FMA exposure to CSA in 2010-2014. This does not agree with the other research that shows that the prevalence of sexual abuse before age 18 was 10.14%, of which 24.8% were males and 75.2% females [20]. Another study done in Nigeria showed that one hundred and ninety nine cases had been abused; fifty eight adolescents stated that they were abused once with the age at first exposure being 7-12 years. There was a significance difference in sex abuse between males and females (p=0.014) [21].

Also, this study demonstrates a CSA rise in rural areas (60%) while in urban areas, it was 40%. This other similar study showed that a total of 83.3% of the victims belonged to low social class [22].

The results of the current study show that the physical signs are found in 26.7% of the victims in the form of abrasion and bruises in the face, forearm and leg, while absent in 73.3% of the victims. The perianal signs were found in 80% of the victims, though they were absent in 20% of them. This agrees with the results of other researches showing results of a physical examination that will be within normal limits in 80 percent of child victims of sexual abuse. The absence of physical findings can be explained by several factors. Many forms of sexual abuse do not cause physical injury [23]. Although the lay public and law enforcement representatives may be fixated on the vaginal penetration and the perianal sign, sexual abuse may be nonpenetrating contact and may involve fondling, oral-genital, genital or anal touching , as well as genital-genital contact without penetration. When the alleged sexual abuse has occurred within 72 hours, or there is bleeding or acute injury, the examination should immediately be performed. Finally, many victims of sexual abuse do not seek medical care for weeks or months after the abuse, and superficial abrasions and fissures can be healed within 24 to 48 hours [24].

Child sexual abuse has caused serious problems, not only for the affected persons, but also for society as a whole, and these can no longer be neglected. Forensic medical authority in Fayoum governorate recorded only 15 cases, although the real number obviously exceeds this number. That is to say, for fear of scandal and by virtue of customs and traditions of the society. This immediate situation has now been identified in Fayoum governorate, Egypt, which responds with a variety of prevention and intervention programs. Children abuse is more common in lower socio-economic classes, than a higher socio-economic status does not necessarily mean the child's safety. Children in the age range of 6-12 years are the main victims.

The sample is tip of an iceberg. This could be a trigger to a wellplanned prospective study covering both hospital and community. Further, general population-based surveys are needed to precisely determine the domain of CSA as well as the risk and protective factors in the family and the community at large.

The present study is clinically important for pediatricians, psychiatrists, and other mental health specialists dealing with children in Fayoum Governorate, as the early discovery and encountering of child abuse lessens the onset, insistence, or complexity of a psychiatric issue.