Copyright: © 2015 Mazumdar J, et al. This is an open-access article distributed under the terms of the Creative Commons Attribution License, which permits unrestricted use, distribution, and reproduction in any medium, provided the original author and source are credited.

A clinically isolated syndrome is the result of a single episode of demyelination in one area of the central nervous system (a monofocal episode) or several areas of the central nervous system (a multifocal episode) which lasts for at least 24 hours. Of those who are eventually diagnosed with MS, 85% experience an initial onset of symptoms or a first attack that is referred to as a clinically isolated syndrome (CIS). Here we describe a 10-yr-old-boy with ataxia and ophthalmoplegia, whose MRI showed demyelination only in bilateral fronto- parietal subcortical areas. Patient improved on pulse methyl-prednisolone therapy with tapering dose of steroids and never had recurrence on further follow up till date.

Ataxia and ophthalmoplegia can occur in CIS (clinically-isolatedsyndrome) due to brain stem and cerebellar involvement. Possible presentations of CIS include optic neuritis, a brain stem and/or cerebellar syndrome, a spinal cord syndrome, or occasionally cerebral hemispheric dysfunction [1,2]. But clinical manifestations like unsteadiness of gait and ophthalmoplegia, only due to hemispheric Dysfunction, without involvement of brain stem and cerebellum is a rare phenomenon so far reported.

10-yr-old-male was admitted in this hospital with chief complaints of inability to stand and sit with unsteadiness of gait for last 3 days and double vision for same duration. Patient was apparently well 7 days back.

The illness started with fever which was acute in onset, high grade, intermittent in nature. Patient was alert and conscious with no alteration of sensorium. Fever subsided after 4 days followed by unsteadiness of gait. Patient complained of double vision to distant objects and vision improved on occluding one eye. Informant noticed medial deviation of left eye and right eye was apparently centrally located (Figure 1). There was unsteadiness of gait and swaying of body to either side during walking and sitting without support (video 1). Patient had no bladder bowel abnormality or tingling numbness. Past history was uneventful. Neurological system examination revealed higher functions normal. There was absence of abduction in the left eye and adduction in the right eye when Patient attempted to look towards the left (Left- Gaze-Palsy), Moreover, on looking towards the right there was partial loss of abduction of the right eye with nystagmus of both eyes, shown in (video 2) (Figure 2 and 3). Deep tendon reflexes of both the limbs were exaggerated with normal power. Unsteadiness of gait was present in attempt to sit and stand without support. There was no sensory loss and other cerebellar signs were absent.

CSF study showed a cell count 12 cells/cmm, (lymphocytic pleocytosis), sugar 51 mg/dl, total protein 25 mg/dl, chloride 118 mg/ dl. MRI showed areas of asymmetrical hyper-intensities involving bilateral sub-cortical areas of fronto-parietal region involving the frontal eye field (Figure 4a and 4b). The demyelination of right side was more than the left (Figure 4a). There was no involvement of brain stem and cerebellum (Figure 5-8). CSF oligoclonal bands were absent. Fundoscopy, VEP (Visual Evoked Potential), BERA (brainstem evoked response audiometry), NCV (nerve conduction velocity) all were normal. Keeping in mind the possibility of autoimmune encephalitis, antinuclear factor (ANA) and anti NMDA receptor antibody were done and both of them came to be negative. The patient was treated with intravenous pulse methyl-prednisolone 30 mg/kg for 3 days followed by oral prednisolone 2 mg per kg tapered over 1 month. After treatment the patient improved dramatically and never had recurrences. Follow up MRI was done at 3 months and came to be normal (Figure 9 and 10). Patient is still in follow up 6 monthly for a period of 2 years and absolutely normal with no further recurrences. Figure 2: Portion of the right sclera is visible as the patient attempts to look towards right denoting partial loss of abduction in right eye. Figure 3: Partial loss of abduction of right eye (as part of sclera is visible on the right side of cornea) at right gaze while the left eye is adducted. 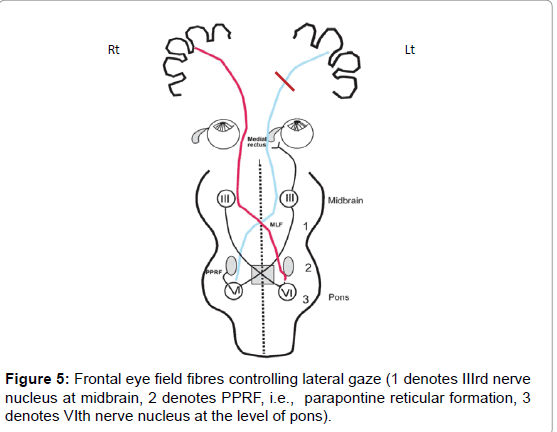 Figure 8:Showing no involvement of cerebellum in sagittal T2W image. Figure 9:Showing absolutely normal MRI at follow up after 3 months. Figure 10:Showing absolutely normal MRI at follow up after 3 months.

Clinically isolated syndrome (CIS) is a central nervous system demyelinating event isolated in time that is compatible with the possible future development of multiple sclerosis (MS) [1]. Early risk stratification for conversion to MS helps with treatment decisions. Magnetic resonance imaging (MRI) is currently the most useful tool to evaluate risk. Cerebrospinal fluid studies and evoked potentials may also be used to assess the likelihood of MS [3]. Useful radiographic predictors of MS include the presence of multifocal homogenous or ring-enhancing white matter foci, as well as T2-hyperintense lesions affecting the corpus callosum [4,5] or the poster lateral compartment of the spinal cord [6]. However, not everyone who experiences a clinically isolated syndrome will go on to develop MS. Notably, up to 80% of those who experience CIS already have lesions at the time of this first attack [7]. Furthermore, 60% to 80% of patients with CIS who have demyelinating lesions on magnetic resonance imaging (MRI) eventually develop clinically definite MS (CDMS; as a second event), as do 20% of those with normal MRIs [8]. So from this point of view our case is unique.

The sites of demyelination vary in clinically-isolated-syndrome and determine the types of symptoms experienced. But gaze palsy without brain stem involvement and unsteadiness of gait without cerebellum is a rare phenomenon in medical literature. In our case there is involvement of frontal eye field fibers controlling the lateral gaze after crossing at mid brain level and ending in opposite 6th nerve nucleus, which is further connected to contralateral 3rd nerve nucleus through Medial longitudinal fasciculus (MLF) (Figure 5). As there is more involvement of right sub cortical region than the left, there is left gaze palsy and only partial abduction failure at right gaze. Acute cerebellar ataxia (ACA) is a relatively common neurological disease in children. Common causes are acute post-infectious ataxia (APCA), intoxications and acute disseminated encephalomyelitis (ADEM), post varicella cerebellitis and other autoimmune encephalitis [9]. The unsteadiness of gait can be explained by the involvement of fronto-ponto- cerebellar fibers in this case. But in the absence of other cerebellar signs, the swaying movement of the body should better be explained by the ophthalmoplegia giving rise to diplopia and thus disrupting the visual pathway maintaining body equilibrium.

After extensive search of medical literature it can be concluded that horizontal gaze palsy and inter-nuclear ophthalmoplegia (INO) due to only bilateral subcortical involvement, affecting the fibers descending from frontal eye field is a very rare association as per localization theories, making the case most unique.