CTRP1: A Molecular Link between Obesity and Hypertension

Copyright: © 2016 Chalupova L, et al. This is an open-access article distributed under the terms of the Creative Commons Attribution License, which permits unrestricted use, distribution, and reproduction in any medium, provided the original author and source are credited.

Background: CTRP1, a recently identified adipokine, was found to stimulate aldosterone production. Serum CTRP1 and plasma Aldosterone levels were significantly increased in patients with diabetes mellitus and metabolic syndrome. Therefore, it would be interesting to investigate whether the secretion of CTRP1 in human serum is associated with hypertension as well as with diabetes mellitus.

Aim: This study evaluated serum CTRP1 and aldosterone concentrations in healthy individuals and in patients with diabetic nephropathy.

Results: Correlation analyses showed that serum CTRP1 in healthy individuals was not correlated with any other biochemical parameters or laboratory characteristic; however, in patients with diabetic nephropathy, a significant correlation was found between serum CTRP1 and Aldosterone (P=0.003), Urea, Cystatin C and ANGPTL4. Aldosterone level was significantly higher in subjects with diabetic nephropathy compared to healthy subjects (P=0.01).

Discussion: Our results demonstrated that the adipokine CTRP1 is significantly associated with Aldosterone and support the hypothesis that CTRP1 may be a newly identified molecular link between obesity and hypertension.

CTRP1 (Complement C1q tumor necrosis factor-related protein 1, FLJ90694, GIP, G protein-coupled receptor-interacting protein, UNQ310/PRO353, ZSIG37) is localized to human chromosome 17 and is primarily expressed from cells in the stroma vascular fraction of adipose tissue and is also specifically expressed in the zona glomerulosa of the adrenal cortex and in vascular wall tissue [1,2]. It is a 35 kDa secreted glycoprotein [3] that is a member of the CTRP superfamily [1]. This protein is a highly conserved paralogue of adiponectin, containing a cluster of collagen-like repeats, a C-terminal globular ‘C1q-like’ domain and a N-terminal signal peptide sequence followed by a variable region and hence is predicted to be a secreted protein [4,2]. Expression of CTRP1 (like adiponectin) is induced by PPARγ (peroxisome-proliferator-activated receptor γ), and the LPSinduced increase in CTRP1 gene expression is found to be mediated by TNF-alpha and IL-1beta [4,3]. CTRP1 may represent one of the serum factors produced by adipose tissue that share overlapping functions with adiponectin [5]. Hypertension frequently coexists with metabolic disturbances including glucose intolerance, insulin resistance, abdominal obesity, and dyslipidemia and is defined as one of the components of metabolic syndrome [6].

It has been suggested that CTRP1 may be a mineralocorticoidreleasing factor [7]. CTRP1 stimulates aldosterone production through the induction of CYP11B2 gene expression [1]. Obesity and metabolic syndrome are frequently associated with elevated levels of aldosterone [7] and it is well known that obesity is the leading cause of hypertension [8,9]. Elevated aldosterone levels and expanded extracellular volume are key components of obesity-induced renal disease via aldosterone’s non-epithelial effects on the kidney [7].

Diabetic nephropathy (DN), characterised by declining renal function, is the leading cause of end-stage renal disease (ESRD) in the Western world, and is associated with significant cardiovascular morbidity and mortality [10-13]. In recent studies, it has become clear that aldosteroneshould be considered a hormone with widespread unfavorable effects on the vasculature, the heart and the kidneys. Elevated plasma aldosterone despite long-term treatment with losartan (what has been termed ‘aldosterone breakthrough’,) has been recently shown to be associated with a faster decline of GFR in type 1 diabetic patients with DN [10]. The renin-angiotensin-aldosterone system (RAAS) has an important influence on the occurrence and development of DN. As an important component of RAAS, the aldosterone synthase gene has received more and more attention [13,14]. Recent clinical data suggest that aldosterone inhibition provides an additive beneficial effect independent of RAAS blockade in DN [15-17].

CTRP1 might be a molecular link between obesity and hypertension [1]; therefore, the aims of the present study were to evaluate serum CTRP1 and aldosterone levels in healthy individuals and diabetic nephropathy patients, and to analyze for a possible relationship between CTRP1 with Aldosterone and other possible DN-related biomarkers.

The study was approved by BioVendor-Laboratorní medicína a.s. in Brno, Czech Republic.

In these samples, basic biochemical (TG, HDL-CH, LDL-CH, creatinine, urea) parameters were known. The characteristics of the study population are summarized in Table 1.

All subjects signed informed consent statements, and the local ethics committee approved the protocol. Fasting blood samples were drawn under aseptic conditions from vena cubiti after several minutes’ rest in half-sitting position. Serum samples were separated by centrifugation at 4°C at 3000 g for 20 min and subsequently frozen at -80°C. Samples were collected in 2.0 ml reaction tubes (Sarsted) and stored two months before analysis.

Measurement of aldosterone and CTRP1

The aldosterone ELISA kit has a concentration range of standards from 15-1000 pg/mL. The CTRP1 ELISA was highly specific to human CTRP1 without cross-reacting with other family members, and the concentration of the standards ranged from 6.25-200 ng/mL. The intra- and inter assay coefficients of variation were 2.7% and 8.5%, respectively. Dilution linearity and spiking recovery were 100.2% and 94.9%, respectively. Limit of detection (LOD) was 0.016 ng/mL and limit of quantification (defined as LOD∗dilution factor for samples) was calculated from the real CTRP1 values in wells and was 3.0 ng/mL.

The data obtained were processed with the statistical software Sigmaplot (Systat Software Inc.). Data are presented as median ± SD. The value p<0.05 was considered as statistically significant. Because of abnormal data distribution in evaluated parameters, Spearman's correlation coefficients were used to establish the association between CTRP1 levels and the other parameters. Comparison of CTRP1 and Aldosterone serum levels between subjects with and without diabetic nephropathy was performed with Mann-Whitney test.

The study analyzed 76 subjects, of which 32 were in good health while 44 probands suffered from diabetic nephropathy. We next assessed the relationship between serum levels of CTRP 1 and other biomarkers, specially aldosterone, in all subjects.

The median CTRP1 concentration in serum of healthy individuals was 381, ranging from 184-593 ng/ml and in group of patients with diabetic nephropathy was the median CTRP1 concentration 442, ranging from 162-1477 ng/ml. Statistical analyses showed that the serum CTRP1 in group without DN was not correlated with any biochemical parameters and laboratory characteristic (Table 2). In addition, the difference in CTRP1 mean values of concentration between the two groups (healthy donors, diabetic nephropathy patients) is not statistically significant (P=0.4), (Figure 1).

Table 2: Correlations of serum CTRP1 and other laboratory characteristic in the different study groups. 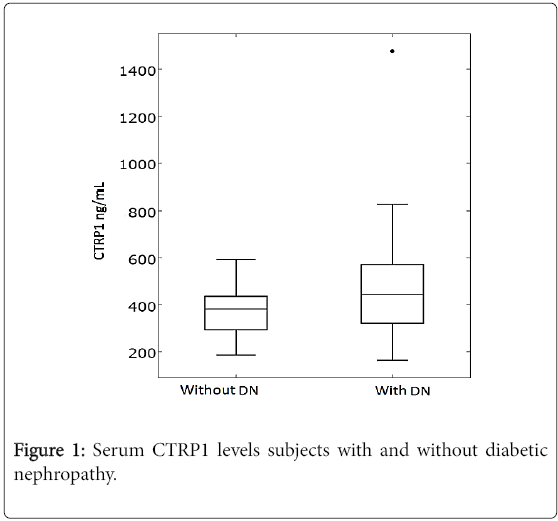 Figure 1: Serum CTRP1 levels subjects with and without diabetic nephropathy.

In contrast, in group of patients with diabetic nephropathy, a significant correlation was found between serum CTRP1 and Aldosterone (P=0.003), and in addition between CTRP1 and Urea (P=0.006), Cystatin C (P=0.03) and ANGPTL4 (P=0.01), as is shown in Table 2. The difference in Aldosterone mean values of concentration between the two groups (healthy donors and diabetic nephropathy patients) is statistically significant (P=0.01), (Figure 2). 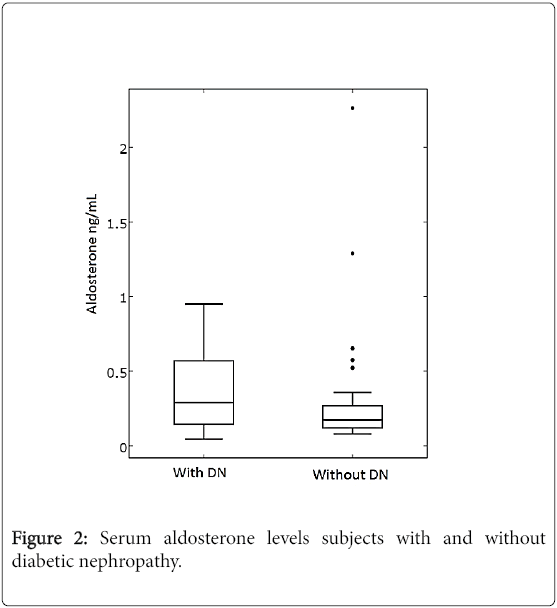 Figure 2: Serum aldosterone levels subjects with and without diabetic nephropathy.

Our results demonstrate that the adipokineCTRP1 is significantly associated with Aldosterone and support the hypothesis that CTRP1 may be a newly identified molecular link between obesity and hypertension.