Copyright: © 2013 Torabi A, et al. This is an open-access article distributed under the terms of the Creative Commons Attribution License, which permits unrestricted use, distribution, and reproduction in any medium, provided the original author and source are credited.

The three-dimensional missile guidance law with saturating actuator is proposed for the pursuit of an unpredictably maneuvering target. The proposed guidance law achieves a satisfactorily robust performance without having to solve a complicated nonlinear Hamilton-Jacobi Partial Differential Inequality (HJPDI). In the proposed guidance scheme, the nonlinear part of the relative motion equations between the missile and target is first cancelled. Then, a tunable sliding mode law is designed to eliminate the effect of external disturbance. The proposed guidance law can achieve reduced interception time than others, yet it is considerably simpler. An example is proposed to confirm it.

r- Relative distance between the missile and the target

-Relative velocity along to LOS

The missile guidance is a well-known nonlinear control engineering area of research. Since the basic principles were extensively covered by Locke [1] and Lin [2], many technologies have been developed to improve guidance performance and to overcome environmental disturbances.

Recently, Chen et al. [10] derived a new nonlinear fuzzy H∞ guidance law with a saturation of actuators against maneuvering targets. They first approximated the nonlinear missile target pursuit dynamics with the Takagi - Sugeno linear fuzzy models. Then, based on this, they constructed a H∞ control to handle the approximation error and external disturbances. However, it is a known fact that the approximation error between the fuzzy model and the true one is difficult to obtain exactly [11].

In this paper, sliding mode guidance law based on the threedimensional (3-D) nonlinear engagement kinematics is proposed. The purpose of the proposed control design is to attenuate the influence of the target’s maneuvers on the performance of the guidance law. That is to say that the proposed guidance is not only robust with respect to target maneuvering, but is also guaranteed state boundedness (Lyapunov stability).

Statement of the Problem

For a 3-D interception, relative motion between the missile and target is described by the spherical coordinates system (r , Θ, F) with the origin fixed on the location of the missile.

The 3-D missile - target engagement is shown in Figure 1, where a missile is attempting to intercept a moving target. 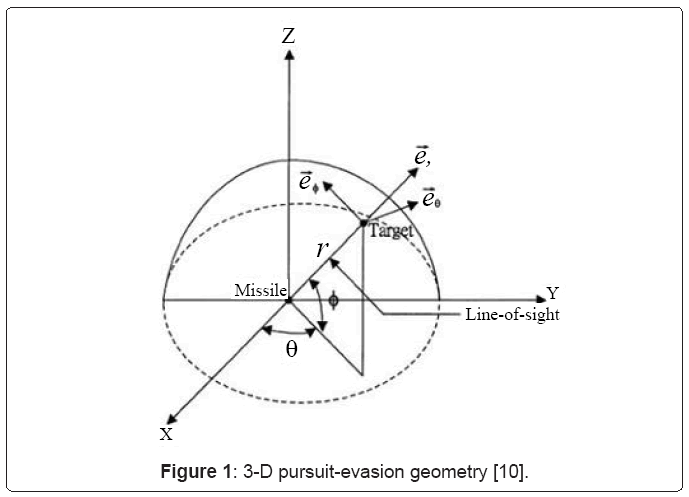 The missile and target are assumed to be point masses in order to easily analyze the missile guidance. The governing equations of the relative motion [10] can be derived as:

The kinematics (1) with input saturation constraint can be rewritten as the following nonlinear state-space equation [10].

We now prove that the proposed tunable guidance law can robustly stabilize the nonlinear missile-target dynamics (4) whether target acceleration w exists or not. In this section, we discuss the case of nontarget acceleration, w=0.

A good guidance law must guarantee a decreasing relative distance r and, at the same time, keep the LOS aspect angular rate as small as possible. It is equivalent to satisfying the following conditions:

Moon et al. [9] designed the guidance law for a two-dimensional air-to-air engagement whose state-space form is shown as

in (8), is constructed mixed with some tunable parameters as follows

for (10). Differentiating V with respect to time gives

In order to satisfy Lyapunov stability for (11),

where the solutions are shown as

To tune the positive real numbers (a1, a3, a5) is equivalent to adjusting the convergent rate of (Vr, VΘ, Vf) in (13). The tunable parameters (a1, a3, a5) affect the final convergent state (Vr, VΘ, Vf) in (13). From (12b), it is known that the larger parameter a1 may cause quicker stabilization of Vr and the larger a2 may cause Vr to converge to a more negative value. From (12a), it is obvious that a more negative Vr would accelerate the convergence of the relative distance, r, between the missile and target, i.e., a good performance (less intercept time) for a non-accelerating target, w=0, is achieved. This is a completely new and original 3-D guidance design for tuning (a1, a2) so as to obtain less interception time and to tune (a3, a4, a5, a6) to handle the convergence of states in (10).

This section proves in detail that the proposed guidance law (14) can also resist the variations of the target’s maneuvers after adding the unpredictable target acceleration w to (4). Because the control law (14) satisfies the Lyapunov stability. Substituting the control law (14) into (4) yields the closed-loop system

The state equations including target acceleration w in (24) are

where the target accelerations wr, wΘ and wF are regarded as disturbances. The robust guidance design objective can bestated as: to find the missile acceleration u=[ur, uΘ, uF]T , such that the L2 gains of the system states described by(16) - (18) are lower or equal to γ, the prescribed norm bound. That is

holds if the following inequalities are satisfied.

The Sliding mode control approach is recognized as one of the efficient tool to design robust controllers for complex high-order nonlinear dynamic plant operating under uncertainty conditions.

The phenomenon “Sliding mode” may appear in dynamic systems governed by ordinary differential equations with discontinuous state functions. The conventional example of sliding mode-a second order relay system can be found in any text book on nonlinear control. The control input in the second order system.

may take only two values, M and -M, and undergoes discontinuities on the straight line s = 0 in the state plane

. It follows from the analysis of the state plane that, in the neighborhood segment mn on the switching line sliding mode along this line. The equation of this line

may be interpreted as the sliding mode equation.

Sliding mode becomes the principle operation mode in so-called variable structures systems. A variable structure system consists of a set of continuous subsystems with a proper switching logic and, as a result, control actions are discontinuous functions of the system state, disturbances (if they are accessible for measurement), and reference inputs. The previous example of the relay system with state dependent amplitude of the control variable may serve as an illustration of a variable structure system:

Now the system with a1=0 and a2<0 consists of two unstable linear structures (u=kx and u=-kx) and u=-kx with x=0 and s=0 as switching lines. As it is clear from the system state plane, the state reaches the switching line s=0 for any initial conditions. Then, the sliding mode occurs on this line (Figure 2) with the motion equation

, while the state vector decays exponentially.

Similarly, to the relay system, after the start of the sliding mode, the motion is governed by a reduced order equation which does not depend on the plant parameters.

Where xεRm is a state vector, uεRm is a control vector,

and ( ) i S x are continuous functions of their arguments,

. The control is discontinuities in some surface in the system state space.

Further, we seek a solution that is robust to uncertainties in f(x) and b(x). Note that the system can be rewritten in vector form. It is then equivalent to

Define xd (the set-point) and

(the error signal) the difference between x and xd.

We take a 2 step approach to design the controller:

2. Define the control that drives the state to the sliding mode in finite time.

where s(x,t) is defined by

On this surface the error will converge to 0 exponentially.

The choice of s(x,t) is somewhat arbitrary. You may choose any error dynamic which leads to exponentially stable behavior

where p(s) is a polynomial with all zeros in the left half plane, then the error dynamics will converge exponentially.

More formally, we assume that for all x,b(x) ≠ 0 . To prove that the sliding mode exists, we derive a control such that

Then for u *= u it is clear that for all time

. In order to complete the second control design step, we consider the following control:

To prove convergence to the sliding mode, we show that with this control, s will converge to 0 in finite time. Consider the development of

, so we get convergence to the sliding mode in finite time.

Sliding mode for ur, uΘ and uF (where are the missile’s acceleration components) shown in Figure 3. 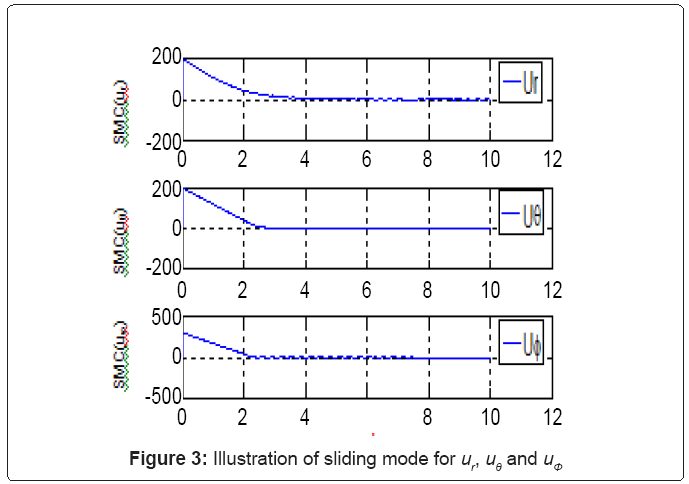 Figure 3: Illustration of sliding mode for ur, uθ and uΦ

In this section, a numerical simulation justifies the availability and superiority of the proposed method in some scenario.

Where λT is the target’s navigation gain with random value within 0 - 4 G and O = 20 rad/s. This scenario is proposed to demonstrate the performance robustness of the proposed method.

Table 1 shows time and distance both as controllers. Also, it represents the characteristics of each method. In Figure 4 two guidance laws are compared to each other. From the view point of short interceptive time, the proposed guidance is more successful than that of Chen et al. [10] and Shieh [11]. It should be emphasized that the target models are only for demonstrating the feasibility of the proposed method. Finally, Figure 5 shows variables and their changes along time. 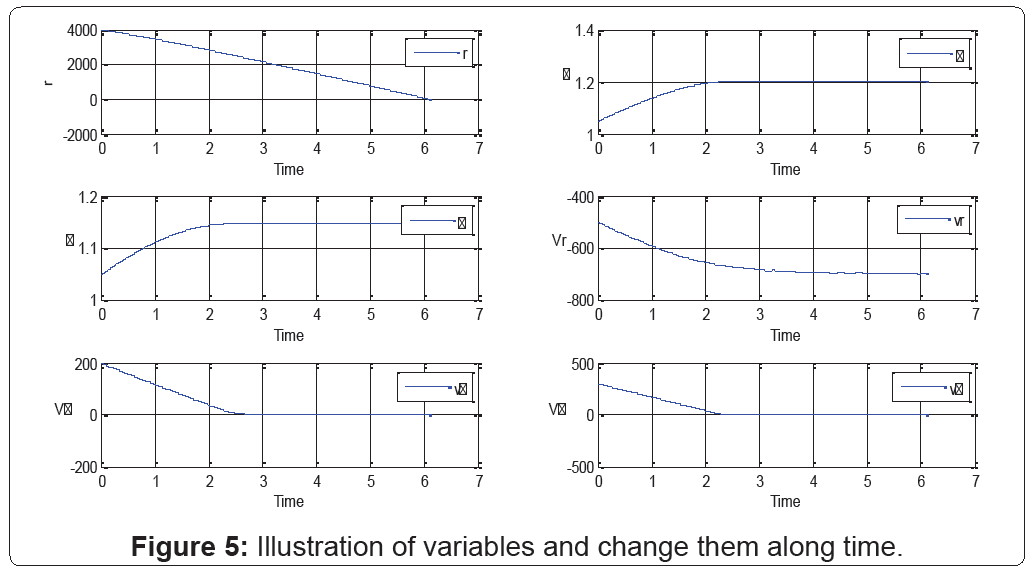 Figure 5: Illustration of variables and change them along time.

In this paper, the three-dimensional kinematics equations which describe the moving relationships of the missile and target are established.

A completely new robust guidance law with a saturation constraint against target escape is proposed. By regarding the target maneuvers as unpredictable disturbance inputs, the missile-target nonlinear 3-D guidance problems considered as a nonlinear disturbance attenuation control problem. Without solving the complicated Hamilton-Jacobi Partial Differential Inequality (HJPDI), a guidance law is proposed to achieve the design goal with less interruption time.

Finally, some sufficient condition is addressed supporting our guidance law having H∞ and sliding mode robust performance. An illustrative example has been proposed to demonstrate that the interception time was less than that proposed by other guidance laws.