Determination of Sex from the Latent Palm Prints Present on Documents

Copyright: © 2015 Chauhan A. This is an open-access article distributed under the terms of the Creative Commons Attribution License, which permits unrestricted use, distribution, and reproduction in any medium, provided the original author and source are credited.

In the field of forensic science, to determine the sex of suspect from latent prints found at crime scene is often suspicious. Identification of an individual's sex is being possible from the latent palm prints present on documents. To determine the sex from the latent palm print can be done with minutiae details of developed prints from the documents, which will be helping for the investigators in nabbing the suspects. For this study, 60 samples including male and female from villages of Uttar Pradesh, India were taken for the determination of sex of an individual through the development of latent palm prints present on documents. The Obtained 12 parameters (radius of curvatures, Angle of curvature from line of writing, Inter distance between centre of curvatures, and Distance of centre of curvatures from line of writing), their mean values and standard deviations from this study not only gives the significant of sex at 95% confidence level of difference but also considered statistically significant (p<0.05). On behalf of which determination of sex can be done. It also can increase the evidential value of such lateral palm prints. These evidences can be helpful for reducing the pool of potential suspects in investigations, and also can be placed.

Patterns (Finger and Palm) which are genotypically determined [1] and Being unique and permanent by nature, these are considered one of the best mean of absolute identification of an individual [2]. The palm prints which are highly Individualistic [3] and encountered at crime scene and on questioned documents also. A few works has been carried out to determine the writer, but not to determination of gender of an individual. In forensic Science, to estimate the sex of suspect from latent palm prints is challenging [4] and no work has been carried out yet related to this. Identification of individual through palm prints is infallible [5], and if the determination of gender could be done from latent palm prints then it will be helping for forensic experts and Investigator’s to nab a suspect [5].

It must be remembered that while writing or preparing the works of art, etc. one cannot help touching or holding the surface, part of the hand (Palm and Finger) resting on the writing surface to give support and facilitating the movement of the hand. Since the finger/Palm has raised lines and furrows having sweat pores which keeps the ridges moist, and hence as it touches the writing surface, it is expected to leave their impression (prints) in latent form on the writing surface or papers. Especially when we signed, the lower part of the palm (Hypothenar area) comes in the contact of the surface. Since sweat is apparently a colorless fluid, the prints so left behind are not visible to the naked eye; the visibility of the prints [5] are enhanced by various methods.

In this work, the inherent relation of the signatures with the lateral palm prints is leading the determination of sex of the suspect, and also increasing the reliability of questioned documents examination. By carefully examination of the developed palm prints and obtained parameters (Radius of curvature, Distance of curvature from line of writing, Angle of centre of curvature from line of writing, and inter-distance of curvatures) of minutiae details gives the statistically significant values (P<0.05). These results indicate that the determination of sex is possible [6].

For this study, 60 samples including 30 male and 30 female were considered from the villages Ramala, Kirthal, Barout, Sarurpur, Kishanpur Baral, Baoli, Bijwara, of Districts Baghpat and Meerut of Uttar Pradesh, North part of India in March 2013. The selection of the subjects was done randomly. After taking the consent of subjects, the subjects were asked to put their signature on white paper sheet of good quality (bond paper) with ball pen. For the development of fresh latent prints, Black powder was used, which is usually considered best developer for fresh samples.

When the individual was asked to stop to writing, according to the “Mutual Exchange principle” [7] the print in latent form was also transferred on papers and below to the signature. By carefully handling, the sheets were put at the room temperature for 5-6 hours.

Black powder: The powder, which reacts with the lipid materials present in the prints (finger and palm) residue and enhance the visibility of latent prints. All the samples were put at room temperature for 6 hours. All the samples containing sheets were treated with Black Powder, which is considered the best developer for fresh Samples on papers. It was seen that latent prints were successfully developed on all the sheets. The developed prints shown in Figure 1(a-d) were clear and having enough information about the identification of an individual. The identification of individual [11] with absolute certainty has become a necessity. Palm prints, undoubtedly are most reliable and accepted evidence in court of law. The present work was carried out to determine the sex [12] of an individual from latent palm prints on documents. It’s very rare that the latent palm prints are not occurring on documents and very hard to believe that when we are writing, our hand/part of or palm do not rest on paper. No occurrence of latent prints on papers can be because of wearing gloves in hands. Once the signatures or any material have written on a document, then along with the writing the individual also left their identity in form of latent palm print. The results of this study conclusively differentiate the gender. By studying the developed palm prints shown in Figure 2(a-d) and their inherent relation with the signatures are leading to determination of the sex of suspect [13]. After application of T-test, during the observation of parameters of minutiae details, it is noted that the variation in the parameters of both (Male and Female) are clear. If the suspect is male, then the angle of centre of curvature from line of writing (?a, ?b, ?c), are higher than female parameters which lies up to (±60).

In the given Figures 3-6 the difference between genders can be easily seen. The error in the measured distance is within the limits of (±0.2 cm), and in the angles it is up to the limits of (±20) which can be attributed to the instrumental error/constant error and are due to natural variation. 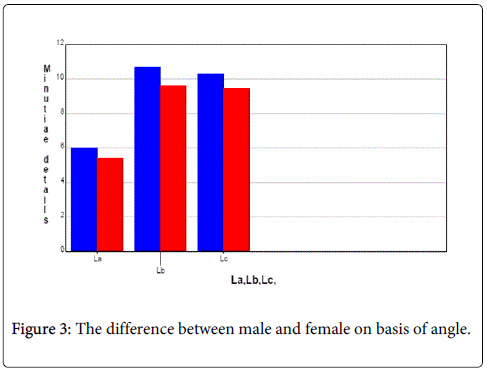 Figure 3: The difference between male and female on basis of angle. 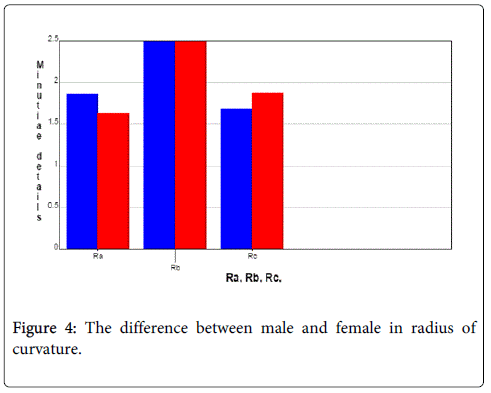 Figure 4: The difference between male and female in radius of curvature. 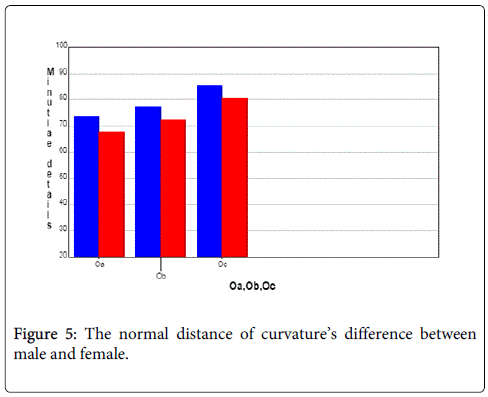 Figure 5: The normal distance of curvature’s difference between male and female. 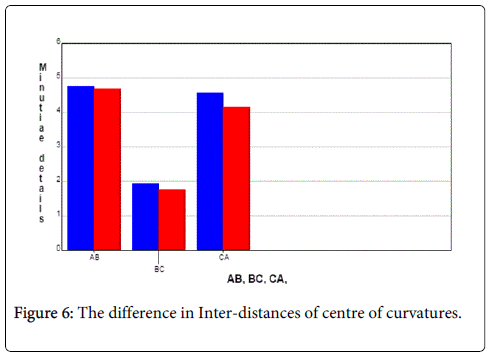 Figure 6: The difference in Inter-distances of centre of curvatures.

Determination of sex also provides an important clue about the suspect during investigation, which decrease the decision time and its identical role. From the results of the study it is seen, that it can be utilized in order to minimize suspects list by getting similar values for suspects sex.

The authors are extremely grateful to Dr. Sanjeev Bansal, Director, Amity Business School, Amity University and to Dr. S. K. Shukla, Director of Amity Institute of Forensic Sciences, Amity University, Noida, Uttar Pradesh, India. They have been instrumental in providing their necessary guidance and support right from the beginning till this completion.