Copyright: © 2015 Inam-ul-haq, et al. This is an open-access article distributed under the terms of the Creative Commons Attribution License, which permits unrestricted use, distribution, and reproduction in any medium, provided the original author and source are credited.

Ensiling, a best and important skill to conserve the nutrients of the crops, have advantages that weather has a less effect on its performance and has less running cost and capital than drying technique and other methods. Conversely, silage diets may be variable and sometimes it shows a negligible improvement in the animal production [1]. Goodrich studied the effect of addition of urea to the silage on the nutrient conservation, which shows that urea is important for fermentation but some losses of crude protein occur [2]. The combination of different crops was also studied for silage preparation. Abdelhamid studied the result of mycotoxin on dry matter and organic matter digestibility by in vitro hay of Berseem and straw of wheat [3]. Much research has been made and Published: for many years for achieving high quality silage with less cost and higher digestibility but no research took place with the combination of Berseem and Mott grass with rumen liquor. Berseem and Mott grass both have sufficient amount of nutrients and dry matter that is responsible for preparing better quality of silage [4,5]. Anaerobic bacteria produce lactic acid, which is responsible for preserving fodder by gradually decreasing its pH. During silaging, the amount of bacteria, dry matter content of plant and fermentable carbohydrates are responsible for buffering capacity and so the quality of silage [6,7]. Berseem as a leguminous plant has high moisture content which results in high nutrient losses during insulin; therefore Berseem must be weighted before insulin [8]. A crop with high dry matter like Mott grass can be used with crop having high moisture content like Berseem during silage formation [9]. Asit and Singh investigated that silage fermentation is accelerated by using a fermenting agent like bacteria, fungi or rumen liquor [10]. Therefore, this study examined the effect of different combination ratio of Berseem and Mott grass and the effect of fermenting agent (rumen liquor) on silage quality and time for silage preparation.

The silo was developed in the Department of Agricultural Mechanization, the University of Agriculture Peshawar.

Three simple plastic container, having volume 50 liter, were used for developing the silo. Both the ends were closed so that no heat loss from the biomass in the digester to the outside of the bio geyser. Biomass was loaded to the digester through a lid on upper end.

The silages were tested in the animal health laboratory of the Faculty of Animal Sciences the University of Agriculture Peshawar for its digestibility by the procedure described by Asadzadeh et al. [11].

Total of four treatments with three replications were used in CRD to check which treatment is efficient towards achieving highest digestibility. The treatment means were evaluated and contrasted by using least significant difference (LSD) test at the 5% level of confidence interval [12].

In vitro digestibility is significantly affected by the addition of rumen liquor resulting loss of nutrients. Berseem is better to use as forage than to make silage because it has high moisture and protein content. Therefore, during ensiling its pH drops slowly, this resulted higher nutrient loss. Mott grass has comparatively low concentration of fermentable carbohydrates and buffering capacity, therefore its final pH is high. Any fodder having sufficient amount of carbohydrates can be ensiled with Mott grass [13]. Addition of corn starch or fodder rich in carbohydrates with the Mott grass at silaging enhances the aerobic fermentation of sugars resulting higher lactic acid production, which decrease pH [4]. In this study, Mott grass was added to Berseem fodder for ensiling in the presence and/or absence of rumen liquor.

IVDMDM, IVOMD, CP and TP content of Berseem Silage and Berseem + Mott Grass Silage were affected by rumen liquor. Higher CP and TP losses occurred at ensiling of Berseem Silage and Berseem + Mott Grass Silage without rumen liquor. Khorasani described that widespread proteolysis take place in low pH ensiling which directs the fermentation prolonged and nutrient losses [6]. Kung reported that CP may be lost to NH3-N if extensive proteolysis microbes and enzymes in the silage exist [14]. Lactic acid bacteria, sufficient substrate and the presence of air reduce the fermentation PH. The substrate in the crop depends on the type of crop, buffering capacity and MC. Approximately 108 lactic acid bacteria per gram of crop are required before a noticeable drop in pH occurs. Because this concentration was greater than concentration gives by the inoculants which is important for the fermentation. Also, an inoculants’ success depends on adequate substrate and its population relative to the natural one. Dropping pH by acid effects an immediate pH change, which is beneficial in preserving protein nitrogen [15].

Several workers [14,16,17] stated that microbes and enzymes of proteolysis and fibrolysis result decrease in fiber content of silage. These enzymes are acid labile need pH from 5 to 6 but below 5 their activity becomes negligible [18]. Low pH (3-5) causes high DM, loss of protein and fiber contents in Berseem Silage and Berseem + Mott Grass Silage in the presence of rumen liquor. Khan reported that prolonged fermentation led acid hydrolysis of fiber fraction and high nutrients loss increase lignin contents of the silage [9]. This higher production of acid terminates the microbial activity in the silage and so the needed materials become preserve [18]. Kung reported that the silo of corn silage in Wisconsin was filed on August 18 and the data logger was taken back on December 23 [19]. The temperature increased to 36°C and slowly reduced thereafter, but remained above 32°C for more than 3 months, although ambient temperatures were in the 4-10°C in December. Silage is prepared manually in 3 to 7 months depend upon environmental condition (Figures 1 and 2) [20-23]. 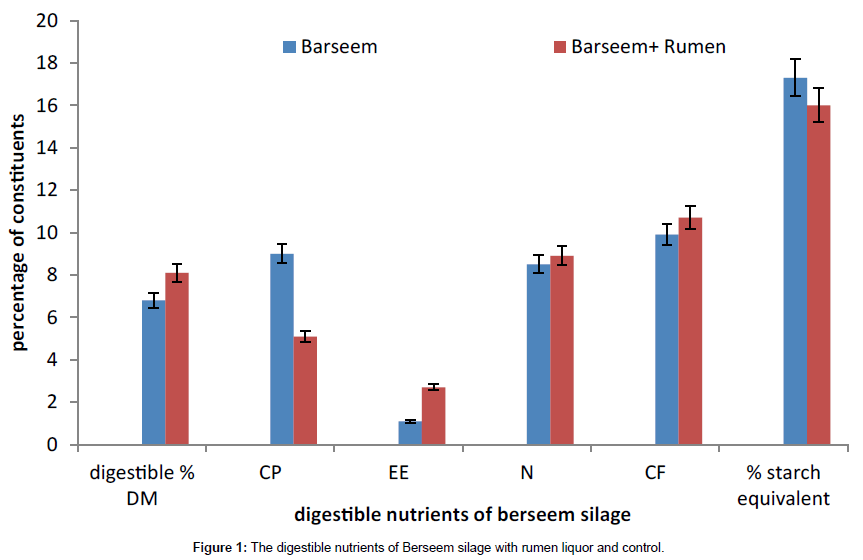 Figure 1: The digestible nutrients of Berseem silage with rumen liquor and control. 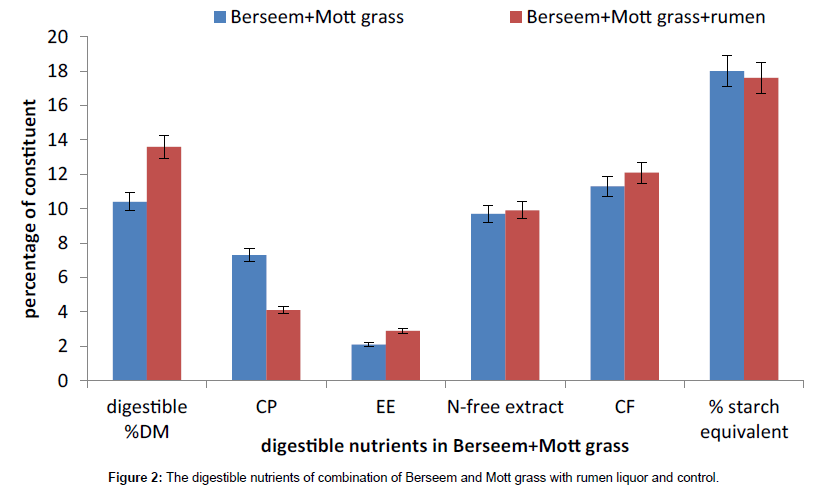 Figure 2: The digestible nutrients of combination of Berseem and Mott grass with rumen liquor and control.