Does Mind Exist in PhysicianÃ¢Â€Â™s Mind? A Brief Phone Survey in Bangladesh

Copyright: © 2016 Uddin MS, et al. This is an open-access article distributed under the terms of the Creative Commons Attribution License, which permits unrestricted use, distribution, and reproduction in any medium, provided the original author and source are credited.

Mental health literacy (MHL) has been defined as the knowledge, beliefs and abilities that enable the recognition, management or prevention of mental health problems. From history of demonic procession concept to modern neuroscientific explanation is the outcome of advancement in mental health literacy. It’s now evidence that, neural connections that form networks and circuits in the brain are essential to the existence of the mind. The health infrastructure doesn’t included mental health concept yet in service delivery system in developing part of glove. Medical education in under graduation level is still dominantly focused on physical health. Computer assisted telephone interview (CATI) is a modern method of phone survey and globally many survey done to explore the mental health literacy in population. Prior conventional broad based study; it was a snapshot of current scenario of knowledge among physicians. It was a cross sectional phone survey among physicians in three hospitals at Dhaka city in Bangladesh. Though almost 60% of physicians said that they know the seat of mind in the body, 11% of them said “Heart” is the anatomical location. The prevalence of mental disorders is 18% in child adolescents and 16% among adults in Bangladesh. To combat the situation, sound knowledge of mind, mental health and mental illness is mandatory in physician community. In future, further exploration of mental health literacy MHL could be helpful to detect the gap and to formulate an effective mental health service system.

Bangladesh is a country of about 160 million people, achieved health related Millennium Development Goals MDGs significantly and the literacy rate is 61.0% among 15 years and above age group [1,2]. Like other developing part of world, mental health concept is still subject of negligence, hide, shame and stigma here. Mental health literacy (MHL) is not a known term to the professionals and general population. Mental health literacy (MHL) has been defined as the knowledge, beliefs and abilities that enable the recognition, management or prevention of mental health problems. Enhanced mental health literacy appears to confer a range of benefits: prevention, early recognition and intervention, and reduction of stigma associated with mental illness [3]. Physicians are the primary source to provide health related information to people here. It’s mandatory to be updated with knowledge for better service. Authors intended to conduct a brief phone survey to get idea among newly graduated physician about the anatomy of mind that searched the basic knowledge related to mind, mental health, and mental illness.

It was a cross sectional survey conducted in three reputed hospitals at Dhaka city in Bangladesh which was selected purposively. Total sample size 90 as the average number of junior physicians of these hospitals was 30. A junior physician denotes those employees working in the hospitals who completed their graduation within last 5 years. Ethical permission was taken to conduct the phone survey from Research Committee of the institutions prior to start the study. Then after committee approval, physician’s personal profile was collected from Human Resource department of the hospital. All physicians were informed by the authority prior phone survey. Then from a land phone they were phoned in a scheduled date and time. There was written script of introduction, background of phone survey, informed consent, survey questions and concluding remarks. Two specific questions were asked to the physicians. First question was: Do you know what is the anatomical organ of mind? Second question was: If the answer is “YES”, please mention the name. The questions were repeated twice, so that responder can understand the queries clearly. Finally the responses were noted in questionnaires.

The phone survey was approached in 90 physicians (who completed graduation recently) working as medical officer. Among the 90 residents, 05 of them didn’t received or phoned back and another found unreachable. After compiling the phone responses it revealed that, 58.33% (n-53) of respondents said they know what the organ of mind is. Among these “YES” respondents, 6 (11.32%) said that “HEART” is the organ of mind and others mentioned that they don’t know the specific organ (Figure 1). 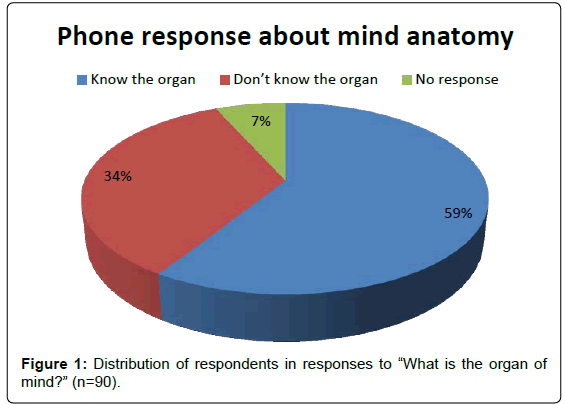 Figure 1: Distribution of respondents in responses to “What is the organ of mind?” (n=90).

According to a popular view, Pinel was the founding father of modern psychiatry when, shortly after the French Revolution, he courageously rejected the popular notion that madness was caused by demonic possession and witchcraft, and instead introduced an enlightened humanitarian approach to mental illness [4]. Kraepelin provided the diagnostic process in psychiatry with a solid infrastructure and has been used in biological psychiatric research until this very day [5]. The debate regarding the relationship between mind and brain opened by Descartes now seems to be settled by the acquisition of our knowledge of neuro anatomy and neurophysiology [6]. The neural connections that form networks and circuits in the brain are essential to the existence of the mind [6]. Many phone surveys conducted in past to evaluate mental health literacy in different parts of world. A computer assisted telephone interview (CATI) conducted by ministry of health in New Zealand on 2004 which explored the knowledge and attitude toward mental illness and mental health in general population [7]. Canadian Alliance on Mental Illness and Mental Health (CAMIMH) conducted a survey by same methodology on 2006 to explore mental health literacy among people aged 18 to 24 [8]. In Ireland “National Psychological Wellbeing and Distress Survey (NPWDS)” was done via phone on 2007 in Ireland that sought to address the mental health information among people [9]. These studies done in large sample nationwide using computer assisted telephone interview (CATI) method. There were various questions regarding mental and physical health. In Bangladesh, people are not oriented to computer assisted telephone interview (CATI) methods. So prior doing a study with the help of that method, authors adopted simple land phone for the convenience of the responders. Authors didn’t found any phone survey conducted in past that only searched anatomical knowledge about mind. So there was limited scope to compare. The education system here in Bangladesh didn’t included the mental health information in primary, secondary and higher secondary level yet [10]. On 2014, the enrolled students in grade 1 to grade 10 are 32 million [11]. Science textbooks of schools those published by government lack the mental health issue. Medical education in under graduation level is still dominantly focused on physical health. The total number of medical school is 100 and dental school is 33 and total numbers of medical students are 9,679 & dental students are 1,832 [12]. The registered physician is 74,099 and dental surgeon is 6,481 [12]. So currently about 80,000 graduates and 10,000 under graduates are involved with medical science officially [1,12]. Ministry of Health and family welfare (MOHFW) and Directorate General of Health Services (DGHS) are the two leading body that dealing with all sorts of activities related to health system of Bangladesh. The infrastructure of health service delivery system is very competent enough to deliver it from divisional level to primary level. The health infrastructure doesn’t included mental health concept yet in service delivery system. The medical curriculum of 05 years “Bachelor of Medicine Bachelor of Surgery” (MBBS) course consists of lectures for 20 hours and indoor training in psychiatry word is 03 weeks [13]. The scenario is not different in neighboring country India and researcher mentioned the urgency of revising the undergraduate medical curriculum [14].

In this study it was found that 58.33% physicians mentioned that they know the anatomical location of mind and surprisingly 06 of them mentioned “heart” is the seat of mind. It clearly indicates the inadequate training on mental health. In a study among physicians in India, it found that, almost one third of participants (28.0%) had not received any training in providing mental health care [15]. In Kenya another study conducted to see the knowledge, attitude and Practice (KAP) on mental illness and found that older physicians have better knowledge then younger [16]. In Brazil, a qualitative study among general physicians (GP) concluded that, GPs think that dealing with mental disorder is a task of specialist and during consultation of psychiatric illness they become in doubts and dilemma regarding diagnosis and management [17]. Stigma is an important factor that influences overall perception about mental health among people. Inadequate knowledge is the primer of avoidance, negligence, misconception or doubt about any issue. Some evidence suggests educational interventions are effective in decreasing stigma especially for general health-care professionals with little or no formal mental health training [18].