Copyright: © 2017 Hamilton DS, et al. This is an open-access article distributed under the terms of the Creative Commons Attribution License, which permits unrestricted use, distribution, and reproduction in any medium, provided the original author and source are credited.

Introduction: Advancements in ST-Elevation Myocardial Infarction (STEMI) management have led to improved outcomes and decreased mortality in recent decades. A critical factor in this improvement was developing hospital systems to decrease emergency room door to cath lab balloon times of less than 90 minutes. Continued efforts to decrease total ischemic time by reducing time to presentation are an area for further improvement. Identifying factors that affect the time from the onset of symptoms to presentation can provide hospital systems additional opportunities to improve outcomes of STEMI patients.

Conclusions: Mode of transportation, race, and diabetes status had a significant impact on the time from the onset of symptoms to presentation in patients with STEMI. The use of EMS decreases the time to presentation compared to self-transport. Patients, who identify themselves in the “Other” race category, including American Indians, Pacific Islanders, and Native Hawaiians, exhibited longer TTP. Diabetics took longer to present than their non-diabetic counterparts. Interestingly, no differences in TTP were found when comparing age, sex, ethnicity (Hispanic vs. non-Hispanic), language or religion.

Survival after ST-Elevation Myocardial Infarction (STEMI) has improved due to continued improvements in medical therapy from thrombolytic therapy use to, now more routine, primary percutaneous coronary intervention [1,2]. Additionally, improvements in system based care have led to decreased emergency room door to balloon times. Multiple studies have demonstrated improved outcomes with shorter ischemic times leading to recommendations for a total ischemic time of less than 2 h and a door to balloon time of less than 90 min [3,4]. Despite these efforts to reduce door to balloon times, further improvements in decreasing total ischemic times to less than 2 hours remains a problem [5,6]. Little data exists specifically examining which factors impact delays in time to presentation for STEMI patients.

The dependent variable examined was time from symptom onset to presentation. Time to presentation was defined as the time from symptom onset to presentation at the emergency department. Time to presentation was determined by performing a thorough review of medical records, pre-hospital emergency services data, and interviewing patients and their families. Demographic factors included age, sex, ethnicity, race, and religion. This was determined using self-reported patient sign-in sheets. These sheets were scanned into Loma Linda’s official electronic medical record system. Extraction of the data from the electronic medical record into this study’s database was performed in standard fashion by cardiology fellows, residents, and medical students.

All statistical analysis was done in coordination with the Loma Linda Research Consulting Group. Pearson correlation coefficient linear regression, ANOVA F, Two sample t, Fisher’s Exact, and Chi-squared testing were performed to reach the various statistical conclusions. Time to presentation had a non-normal distribution, so analyses were performed on log transformed values and results were then back transformed for reporting.

The time to presentation (Table 1) showed no statistically significant difference based on sex, ethnicity (Hispanic vs. non-Hispanic), language or religion. Male patients did show a trend toward significantly shorter TTP compared to female patients (153 min vs . 182 min, p=0.148). Additionally there was a trend toward significant difference between English and Spanish speakers (157 min vs 207 min, p=0.1988). However, race, mode of transportation to the hospital, and diabetes status did have a statistically significant effect on time to presentation to the hospital.

Table 1: Demographic and Logistic Factors compared to Time to Presentation.

Regarding race, patients were categorized as Caucasian (n=459), which included Hispanic ethnicity, African-American (31), Asian American (15), and Other (24). Asian-Americans had the shortest TTP with a mean of 104 minutes. African-Americans and Caucasians had similar TTP of 156 and 157 minutes, respectively. Those who self-identified as “Other” had significantly longer TTP with an average time of 303 minutes.

Patients with STEMI (Figure 1) who utilized Emergency Medical Services (EMS) had shorter TTP with a mean of 152 minutes, compared to those who did not use EMS, who had a mean TTP of 216 minutes (p=0.021). Further analysis was done to ensure no other factors were confounding the time to presentation. There was no significant correlation between race, religion, ethnicity, language, sex or mode of transportation (Table 2).

Table 2: Comparison of Mode of Transportation between Demographic and Socioeconomic variables. 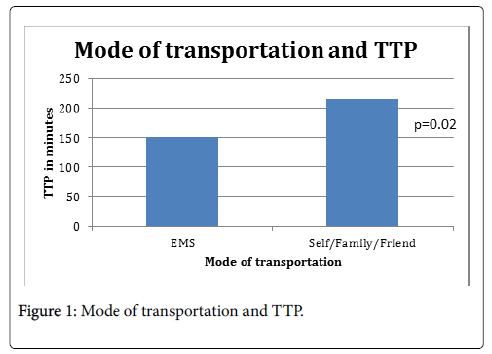 Figure 1: Mode of transportation and TTP.

Diabetic patients with STEMI had a significantly longer TTP compared to non-diabetic patients. Diabetics presented on average in 195 minutes as compared to non-diabetics, who presented in 145 minutes (P=0.0054) when analyzed by two-sample t-test (Table 3). Additionally when linear regression was undertaken comparing Hgb A1c during index hospitalization to time to presentation, the slope was 1.12 minutes/unit Hgb A1c (R2=0.49). In other words, for every unit increase in Hgb A1c, it took 1.12 minutes longer to present.

Table 3: Diabetes and time to presentation.

In this study we aimed to identify the factors that most greatly impact the TTP in patients presenting with STEMI. Most notably, there was a significant difference in the TTP for those patients who used EMS as compared to those who did not. A prior study demonstrated that organized systems of transportation reduce TTP in STEMI [7]. Our study adds validity and support to this previously published study and further support for additional educational and public service campaigns to encourage its use. In the current study EMS was used in 87.3% of the patients presenting with STEMI.

The “Other” race category in our study included American Indians, Native Hawaiians, and Pacific Islanders. This category had longer TTP than the other races. While the underlying cause of this difference cannot be proven by our study, a potential reason is the location of the San Manual Indian Reservation in the mountainous region near Loma Linda and is further than most of the surrounding cities. Further research would be needed to determine if data support this hypothesis.

Interestingly, diabetics had a significantly longer TTP than those without diabetes. Whether this was due to atypical symptom presentation or other comorbidities or variables is unclear and requires additional study. Diabetics with worse glycemic control, as evidenced by Hgb A1c, showed higher TTP. While this finding is logical, the correlation was weaker than expected. Additionally only a slight increase in TTP was observed for every unit increase in Hgb A1c. These findings indicate that while both diabetic status and glycemic control affect time to presentation, it appears that diabetic status had a greater effect on TTP than glycemic control.

Older age has been shown to be a predictor of longer time to presentation in a previous study [9]. The data from this study contradicts the prior finding. A major difference between the previous study and the present study was all patients in the previous study were self-transported. The majority of patients in the present study presented using EMS. One probable explanation for this finding is that older individuals require greater time to drive themselves to the hospital as compared to younger individuals. When accessing EMS older and younger individuals arrive at the hospital in similar time, presumably because the age of the patient has no effect on the speed with which EMS transports them to the hospital. Further studies would be needed to gather data supporting this hypothesis, but it stands as a reasonable explanation.

The inherent limitations of a single center study apply to this study. Uncertainty remains about the external validity of the findings in different regions of the United States and among other populations and regions within the country. Additionally, the practices within this health care system might or might not be applicable to other health care systems in the immediate geographical area.

Mode of transportation, race, and diabetes status demonstrate a significant effect on the time from the onset of symptoms to presentation in patients with STEMI. The use of EMS decreased the time to presentation compared to self-transport. Patients who identify themselves in the “Other” race category, including American Indians, Pacific Islanders, and Native Hawaiians, exhibited longer TTP. Diabetics took longer to present than their non-diabetic counterparts. Furthermore, increasing Hgb A1c correlated with increasing TTP. No differences in TTP were found when comparing age, sex, ethnicity (Hispanic vs . non-Hispanic), language or religion.