Copyright: © 2015 Rabia N, et al. This is an open-access article distributed underthe terms of the Creative Commons Attribution License, which permits unrestricteduse, distribution, and reproduction in any medium, provided the original author andsource are credited.

The scope of this study is find nature and strength of relation between stock return and inflation, and interest rate.

1) What are the relationship between stock market and inflation?

2) What are the relationship between stock market and interest rate?

3) What are the relationship between stock market and exchange rate?

The purpose of this study is to measure that affect of marc variables on the stock prices of Karachi. We explained the research model by using the different variables. In this model Karachi stock exchange is the dependent variables and other are independent variables. We use yearly data from 1992 to 2012 (Figures 5 and 6). 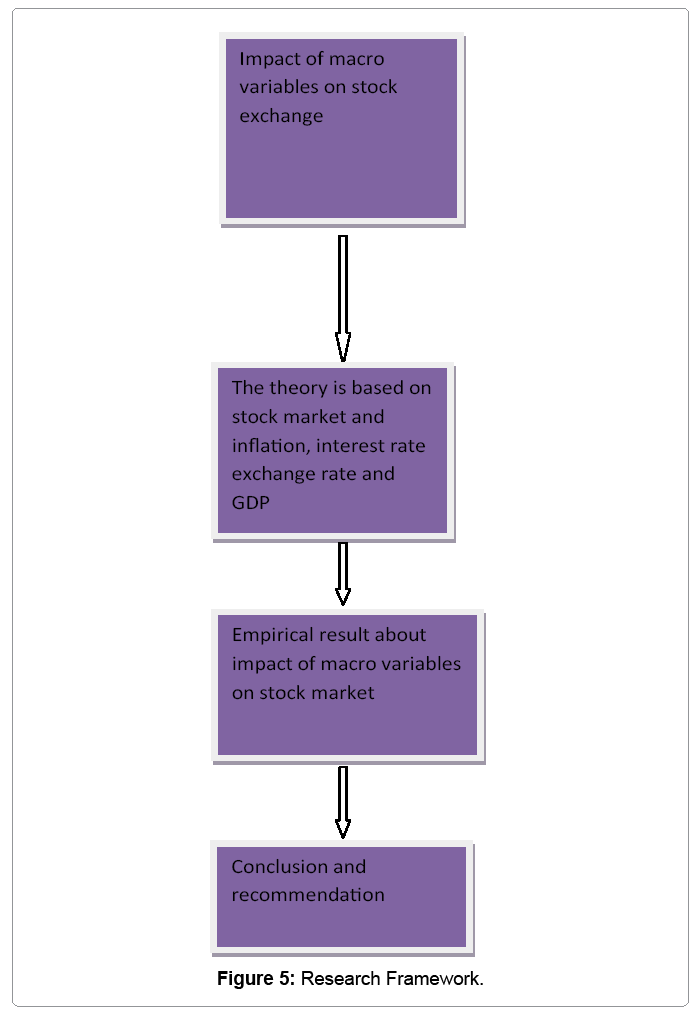 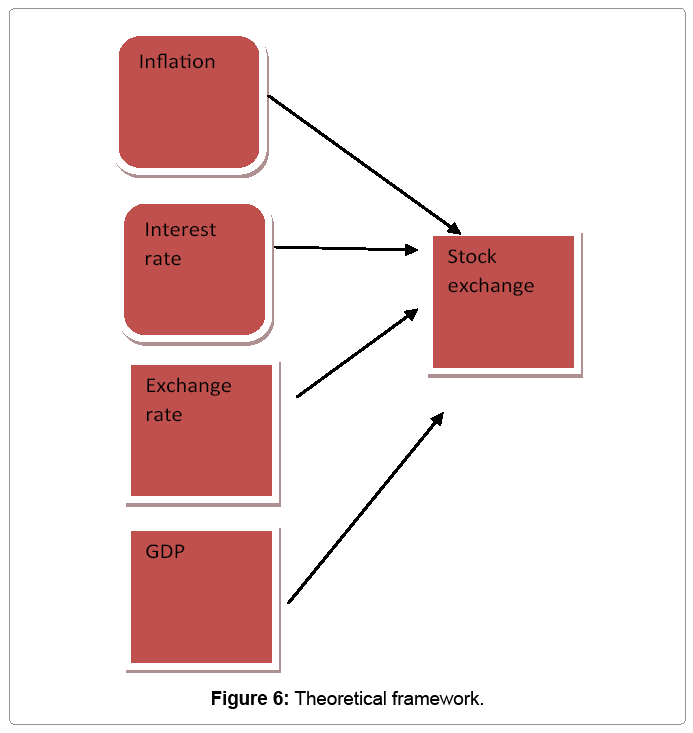 For the interpretation of the model we have used Pearson productmovement correlation coefficient and multiple regression models.Table 2 shows that there is positive relationship between Karachi stockprices and exchange rate and there is negative relationship betweeninterest rate and Karachi stock prices. At the end 100% change inindependent variable will lead to 5.3033% change in stock prices [16]. For the purpose of checking that data is significant or not we use t ratio.

Table 2 shows the relationship between dependent variables and independents variables.

R2 is used to checking that data is fit or not. It ranges normallyform 0 to. The value of r2 is 0.8098 which is nearest to 1. It means there is 80% variation and this model is good fit.

The purpose of person’s product movement correlation is the showthe relationship is positive and negative. It is represented by p and denoted by greek letter. It ranges from +1 to -1.

After the evaluation of data in Tables 6 and 10 shows that have notstrong relationship. The model suggests that there is 15.5% correlation is present (Table 3-4).

The purpose of f ratio is that overall model is significant or not. Forthis purpose we use a confidence interval. The value of f ratio in Table 4 is 15.9593 which shows that exchange rate and stock prices are the positive relationship.

Tables 5-9 shows that there is negative relationship between stockexchange and interest rate and correlation is insignificant because valueof 0.585 is greater than 0.05. The study of nishat and shaheen in 2007shows that there is negative correlation between interest rate and stockprices. When inflation rates moved to high then government shouldtry to control hyper inflation. Increase the rate of has a bad impact on stock prices [17,18].

Tables 10 and 11 shows that there is moderate positive relationshipbetween inflation and stock prices index and the p value is less than0.05 therefore correlation is significant. For all the tables it has shownthat independent variables shows positive and negative and weak correlation [19-21].

1) Practitioners and analysts should try to prediction about the future stock prices.

2) They should find out the stock market movement.