Copyright: © 2015 Atyeh MH, et al. This is an open-access article distributed under the terms of the Creative Commons Attribution License, which permits unrestricted use, distribution, and reproduction in any medium, provided the original author and source are credited.

The objective of this research is to investigate the determinants of the performance of the Kuwaiti banking sector before and after the recent financial crisis over the period of 2006-2012. The data utilized is based on the yearly financial statements of the Kuwaiti banks that are listed on Kuwait Stock Exchange over the same period. There are several methods have been used to identify the determinants which impact the performance of the banking sector. In this research, a ratio analysis technique is considered efficient and more reliable method than other approaches. Other factors such as trend, government regulations and other economic factors are also included. The study found that the overall banking sector performance increased considerably in the first two years of the analysis. A significant change in trend is noticed at the onset of the global financial crisis in September 2008, reaching its peak before the global financial crisis. This resulted in decreasing the profitability, return on equity, assets and capital.

The banking industry in general is an old industry and it is one the major factors behind the development of the countries’ economies due to the contribution that it provides to the countries and societies.

The study will be based on the yearly financial statements of all the Kuwaiti listed banks form (2006-2012) except Warba Bank which will be excluded due to the unavailability of its data since it’s a newly established bank.

The performance measurement of the banking sector will include an analysis for some internal factors that have a direct affect on the banking sector performance in Kuwait such as the interest rates and the financial ratios. Other factors will be considered such as external factors will be considered such as the growth rates and the Kuwait stock Exchange (KSE) movements during that period since the banks that are included in this research are all listed on the KSE.

Our main source of data and financial information are the Kuwait Stock Exchange website, banks websites and Zawya research in addition to the available market news and information.

In light of the change in the economic, market conditions and new management needs, banks started to work on improving their capabilities to measure their performance after the recent financial crisis that took place in 2008.

Measuring the performance of the banking sector in general is related to many factors that directly affect this kind of institutions. One of these factors is the cost management which requires a better management. Other factor is about managing the relationship with the clients which requires a deeper relationship, in addition to the pricing decisions and its appropriation to the market.

The literature on measuring the banks performance shows that the accounting indicators are the main tools such as the profitability and cost financial ratios [5]. However, other researchers have criticized using these accounting tools to measure the performance and recommended using other approaches such as Berger and Humphrey [9].

Many scholars from many countries have implemented the performance indicators method to measure the banks performance, whilst other researchers suggest that the use of these indicators could lead to incorrect results. Some of the researchers that criticized the previous method are Marginson from Australia, Barnett from the United Kingdom [10,11].

Modell and Vakkuri et al. in their research recommend using the financial performance indicators due to the importance of the results that it would lead to. De Kool and Weick confirm the conclusion of the previous two studies and add that this measurement tool makes sense and a good management method [12-15].

Samad examined the performance of the banking sector in Bahrain and used the financial ratios of seven commercial banks over the period from 1994 to 2001[16]. The performance of these banks was compared to Bahrain banking sector which was considered as a benchmark. The study results indicate that these commercial banks are less liquid, less profitable with a high credit risk.

This paper uses the ratio analysis approach to examine the performance of the banking sector in Kuwait. The study relies on the financial statements of the past seven years from 2006 till 2012 for the banks that are listed on Kuwait stock exchange.

Table 1: Number of Observations for Each Bank.

Return on Assets (ROA) is an indicator of how profitable the company is relative to its total assets. Moreover, it gives an idea of how the management is using its assets efficiently to generate profits. In our case, the banking sector seems to be having a stable ROA rate of 1% between year 2006- 2008 (before the financial crisis) and 2009- 2012 (after the financial crisis).

Return on Equity (ROE) is the amount of net income returned as a percentage of shareholders equity. In addition, it measures the banking sector profitability by revealing how much profit the bank generates with the money shareholders have invested. The Table above shows that the ROE during the period from 2006 till 2008 (before the financial crisis) was 14% while the period after the financial crisis between 2009 and 2012.

Concerning the Return on Capital (ROC), it measures the returns of the Banking sector as a percentage of its capital. Therefore, ROC in years 2009 till 2012 has witnessed a decrease by 18% if we compare to the period before the financial crisis.

Net Profit Margin (NPM) indicates how the company effectively is controlling the cost and expenses whether it was operating or nonoperating expenses. In our case the banking sector profitability seems to be decreased by nearly the half after the recent financial crisis, 23% if we compare to 46% before the financial crisis period.

Spread in Interest Rare (SIR) is the difference between the average of the interest received and interest paid by the banks. The net interest rate spread is a key determinant of the banking sector profitability. I our case, the average SIR decreased after the financial crisis by 1% to become 4% (2009-2012) after it was 5% (2006-2008).

It is clear from the figures above that the recent financial crisis has affected the performance of the banking sector in Kuwait negatively. Through looking at the major financial ratios for the two periods mentioned, we conclude that the average growth in total assets was decreased to 7% after it was 20% in the period before the crisis. Regarding the total liabilities, it seems to be decreased as well to 6% after it was 22%. While growth ratio of total equity was increased to 12% after it was 5%. In terms of the net income, and due to the decrease in the banking sector profits that we have seen above, the growth rate I income seems to be decreased by 6% if we compare the income growth rates of the two periods.

The Figure 1 shows that the movement of the Kuwait Stock Exchange (KSE) index over the period tested in the study from year 2006 till 2012. It is clear that the KSE index sharply declined in September 2008 which is the beginning of the financial crisis. Hence, we conclude that the Kuwaiti banking sector performance is moving in parallel with the movement of the KSE index which is directly effect by the global market. 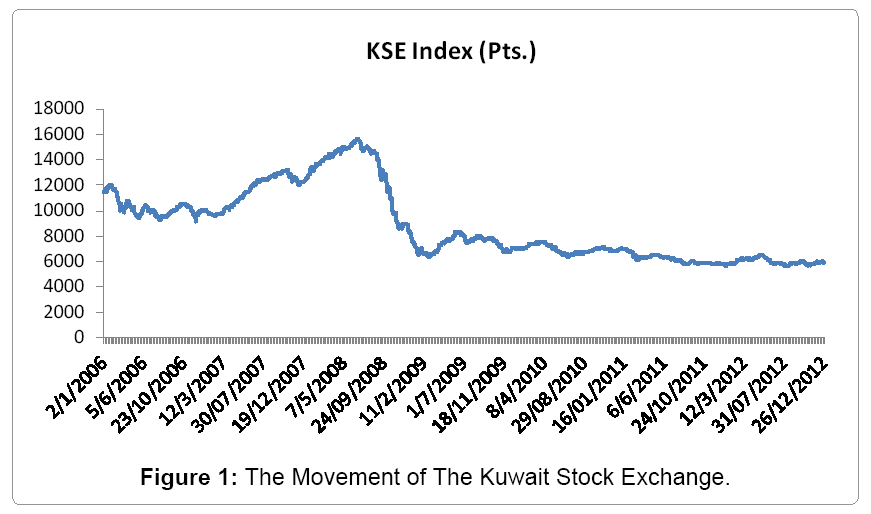 Figure 1: The Movement of The Kuwait Stock Exchange.

This research paper measured the performance of Kuwait banking sector over the period between year 2006 to 2012 to include the effects of September 2008 financial crisis.

The results indicate that the overall banking sector performance in terms of profitability, capital, equity and assets has been declined since September 2008 up to 2012 as the banks’ operating environment deteriorated due to the global financial crisis and a slowing economy.

Despite these alarming features, Kuwaiti banks have managed to continue with their normal day to day business during the global financial crisis. Kuwaiti banks’ low leverage and profitability allowed them to remain liquid and well-capitalized; avoiding any need for extraordinary liquidity or government support.