Copyright: © 2016 Chika EP, et al. This is an open-access article distributed under the terms of the Creative Commons Attribution License, which permits unrestricted use, distribution, and reproduction in any medium, provided the original author and source are credited.

Pathogenic Staphylococcus aureus is the most frequently isolated Gram positive bacterium from clinical specimens; and it is among the leading cause of infection in man. S. aureus has gained significant interest in recent years as an important nosocomial pathogen – owing to its multidrug resistant nature which is associated to several virulence factors of the organism including Panton-valentine leukocidin (PVL). PVL is part of the toxins produced by pathogenic S. aureus – which help the organism to exacerbate their pathogenicity/virulence in the phase of an infection. This study evaluated the prevalence of PVL-positive S. aureus from clinical specimens – owing to the dearth of information on this subject matter in Nigeria. Out of the 118 non-consecutive S. aureus isolates employed for this study, only 56 isolates were biochemically confirmed as pathogenic S. aureus. The antibiogram showed that the S. aureus isolates were most susceptible to gentamicin, vancomycin, ciprofloxacin, erythromycin and linezolid. However, they were highly resistant to the cephamycin, cefoxitin (82.1%). The S. aureus isolates also showed reduced susceptibility to tigecycline (71.4%), clindamycin (66.1%), chloramphenicol (48.2%), amoxicillin-clavulanic acid (53.6%) and sulphamethoxazole-trimethoprim (48.2%). The prevalence of PVL genes in this study was 10.7%. Only 6 isolates of S. aureus (10.7%) were confirmed by PCR to harbour the PVL genes; and these S. aureus isolates were from wound samples, abscess and urine samples. The occurrence of pathogenic S. aureus harbouring drug resistant genes such as PVL genes in the hospital environment pose serious health and therapeutic challenges especially in choosing antimicrobial therapy for treatment. S. aureus isolates with PVL genes could also disseminate with high propensity within the hospital environment; and this could result in the outbreak of nosocomial infections. Continues antibiotic stewardship in our hospitals will help in the control and prevention of the emergence and dissemination of drug-resistant microbes in both the community and hospital environment.

Staphylococcus aureus is a non-sporulating, nonmotile Gram positive opportunistic pathogen that is usually carried asymptomatically on the body of humans and animals, and they cause a plethora of pathological/disease conditions in humans including skin infections, meningitis, pneumonia, arthritis, endocarditis and osteomyelitis. Pathogenic Staphylococcus aureus still remains an important nosocomial and community-acquired pathogen because of its multidrug resistant nature and its association in several clinical episodes including skin infections and blood-borne infections [1,2]. Staphylococcus aureus has evolved from a once susceptible pathogen to becoming a multidrug resistant organism; and some strains of S. aureus including methicillin resistant S. aureus (MRSA) and vancomycin resistant S. aureus (VRSA) now occur in the community and hospital environments [3,4]. Antibiotic-resistant bacteria pathogens cause serious therapeutic challenge to physicians, patients and other healthcare providers, and the continued intense and misuse of antibiotics (for both clinical and non-clinical purposes) are undoubtedly amongst the many reasons for their emergence and spread in the community and hospital environment [5-7]. Staphylococcus aureus (which is notorious in evolving resistance to β- lactam drugs) accounts for many hospital- and community-acquired infections including skin infections, bacteraemia, and pneumonia, and some strains of S. aureus are resistant to penicillins and some β- lactams. Both hospital acquired and community-acquired stains of pathogenic S. aureus produce different toxins that help to exacerbate their pathogenicity/virulence in the phase of an infection e.g. Panton- Valentine leukocidin (PVL), and Toxic-shock-syndrome-toxin-1 (TSST-1) [4,8-10]. The presence of PVL has been extensively described for methicillin-resistant S. aureus (MRSA), specifically in association with staphylococcal cassette chromosome mec (SCCmec) type IV and also SCCmec type V genes – upon which mecA genes (responsible for ) are found [6,11,12]. According to Amini et al., there are five (5) types of SCCmec genes – which are Types I, II and III (found in hospital-associated MRSA strains) and Types IV and V (which are mostly found in community-acquired MRSA strains). Nevertheless, some reports are of the view that there are eight types of SCCmec genes (Types I-VIII). The emergence and spread of antibiotic resistant strains of pathogenic S. aureus especially those harbouring PVL toxins should be kept under check through accurate and prompt monitoring, evaluation, and detection of resistant pathogenic strains of S. aureus from suspect specimens in both the community and hospital environment. This study evaluated the occurrence of pathogenic S. aureus harbouring Panton valentine leukocidin (PVL) toxins from clinical samples.

A total of 78 non-duplicate Staphylococcus aureus strains were obtained from the culture collection unit of the Medical Microbiology laboratory of Maitama District Hospital in Federal Capital Territory (FCT), Abuja, Nigeria. The isolates were collected over a period of six (6) months (November 2014 to April 2015), and transported to the laboratory of Department of Pharmaceutics and Pharmaceutical Microbiology, Ahmadu Bello University, Zaria, Kaduna state, Nigeria for further processing.

Purification and re-identification of isolates

To purify the S. aureus isolates, each of the collected isolates was inoculated on nutrient broth overnight at 37oC overnight; and a loopful of the turbid culture was streaked on Nutrient agar plates (Oxoid, UK) and incubated at 37oC for 18-24 hrs. Identification of the bacterial isolates was carried out using standard microbiological procedures as was previously described including catalase test, coagulase, Gram staining, colony morphology and fermentation of mannitol [13,14].

Antibiotic susceptibility testing was determined by the Kirby-Bauer disk diffusion method as per the Clinical Laboratory Standard Institute (CLSI) criteria using single antibiotic disks including gentamicin (10 μg), ciprofloxacin (5 μg), cefoxitin (30 μg), vancomycin (30 μg), erythromycin (15 μg), tigecycline (15 μg), clindamycin (2 μg), Sulphamethoxazole- trimethoprim (25 μg), chloramphenicol (30 μg), linezolid (10 μg), amoxicillin/clavulanic acid (20/10 μg). Briefly, an overnight culture of the test isolates (adjusted to 0.5 McFarland turbidity standards) was aseptically swabbed on Mueller-Hinton (MH) agar plates (Oxoid, UK), and single antibiotics disks were aseptically placed on each of the plates. The sensitivity plates were then allowed again to stay for 30 minutes for pre-diffusion time before they were incubated at 37oC for 18-24 hours. All the plates were examined for zones of inhibition and the isolates were classified as “resistant”, ”intermediate”, and “sensitive” based on the standard antibiotic breakpoints of CLSI [12,15].

The details of the primer sequences and other thermal cycler PCR conditions are summarized in Table 1. The PCR reaction mixture was made up to 12.5 μl, and this contained 1.0 μl of each primer (100 pmol; PROMEGA, USA), 2.5 U Taq polymerase, 2.5 mM Mg2+, and 2.5 μl PCR buffer. Finally, 4 μl template DNA preparations were added to the PCR reaction mixture. The PCR programme included an initial denaturation step at 94°C for 3 min, followed by 30 cycles of 94°C for 30 sec; annealing step at 56°C for 30 sec and extension step at 72°C for 1 min. A final extension step was done at 72°C for 5 min. The PCR reaction mixture was subjected to thermal cycling; and the PCR products were determined by agarose gel electrophoresis technique (using 1.5% agarose gel with Tris-acetate buffer, TAE, at a volume of 4.0 mmol/l Tris, 1 mmol/EDTA, and pH 8.0), and this was run at a voltage of 160V for 40 mins. The PCR products were visualized under UV light in the presence of ethidium bromide solution [9,12,16]. 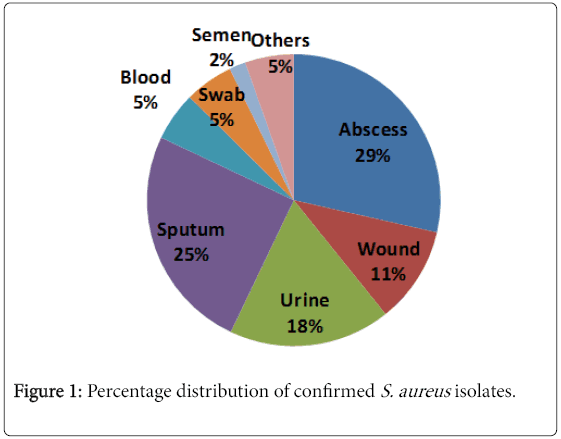 Figure 2: Amplicons of the LukF-PVL gene of S. aureus with a molecular size of 700 bp. Lane 1 is 100 bp molecular marker as a size marker, lane 2 is positive control, lanes 3-13 are different samples of the pathogenic S. aureus ; and lane 14 is negative control.