Copyright: © 2016 Clarke K, et al. This is an open-access article distributed under the terms of the Creative Commons Attribution License, which permits unrestricted use, distribution, and reproduction in any medium, provided the original author and source are credited.

Introduction: Fractionated stereotactic radiosurgery (fSRS) is an effective definitive treatment for optic nerve (ON) tumors. It is controversial whether treatment to the ON requires attention to the position of the eye as some consider the movement to be negligible. We investigated in four patients to establish whether there is clinically significant displacement of the ON as the globe moves and the effect this may have on target coverage in fSRS treatments. Method: Four patients receiving radiotherapy treatment to the skull and requiring cone beam computed tomography (CBCT) matching were asked to look in different directions as routine CBCT were obtained. An fSRS plan was created, treating the ON with the patient looking straight ahead. The displacement of the ON from straight was measured, with the patient looking fully left or right, the DVH of the optic nerve in the three locations was compared. Results: The data collected showed that there could be a significant difference in optic nerve position as the patient’s gaze changed. The DVH showed that the PTV coverage was affected as the patient moved their gaze either left or right by up to 9% (95%CI is from -15% to -3%, p=0.012). Conclusion: As a result of our study we recommend cooperative patients receive some training to ensure that optic nerve positioning is maintained throughout simulation and treatment.

Fractionated stereotactic radiosurgery (fSRS) is an effective definitive treatment for optic nerve (ON) tumors such as ON glioma and ON sheath meningioma’s. It is crucial to the success of the treatment that the patient is sufficiently stabilized in simulation and then throughout treatment. It is controversial whether treatment to the ON requires attention to the position of the eye, as some consider the movement to be negligible. We wondered whether patients can unintentionally affect coverage of their optic nerve by altering their gaze during treatment.

We investigated in four patients to establish whether there is clinically significant displacement of the ON as the globe moves, and the effect this may have on target coverage in stereotactic radiosurgery treatments of the ON.

Four randomly selected patients, with full movement of their globes, receiving treatment to the skull at the Mater in 2015 were asked to keep their gaze in the neutral position or straight as their simulation computed tomography (CT) was obtained. When scheduled cone beam computed tomography (CBCT) scans were conducted, the patients were asked to look fully to their left for one scan, and fully to the right for the next. All data sets were imported into Varian Eclipse for planning. Each patient then had three CT data sets. The three CT data sets for each patient were fused so that the position of the ONs at the three eye positions could be compared. The position of the ON as the patient’s gaze was neutral or straight was used to create a clinical target volume (CTV) as per ICRU 52/60 [1]. As this was a retrospective study using patients not necessarily for treatment for optic glioma or ON sheath meningioma, a gross tumor volume (GTV) could not be volume. A fSRS treatment with a prescription of 50.4 Gy in 28 fractions was planned with Eclipse’s Rapid Arc using two full arcs. All plans were considered clinically acceptable according to guidelines outlined by the British Neuro-Oncology Society [2]. Both ONs of all four patients as they looked fully to the right or fully to the left were also contoured and volumes calculated. Measurement points were created at the proximal, middle and distal points along the length of each optic nerve (Figure 1) in each of the positions – neutral, globe looking fully to left and fully to right, for both optic nerves of all four patients, a total of four by two by nine, that is, 72 data points for significance analysis. Using the straight ON as a baseline, the displacement of the points from this to those of the deviated nerves were measured and recorded. According to ICRU 50/62 protocol, the minimum acceptable dose coverage of the PTV is 95%. A dose volume histogram (DVH) was used to compare the percentage of the ON covered by the 95% isodose volume of prescribed dose with eye in different positions (Figure 2). A mixed linear model was used to estimate the average percentage of the 95% isodose line that the ON received when the gaze was left, straight or right, with straight assumed to be the reference. The linear mixed model allows adjustment for the correlation between the various volumes coverage taken from the same individual. No other covariates were included in the analysis to avoid over-fitting the model due to the limited sample size [3-6]. 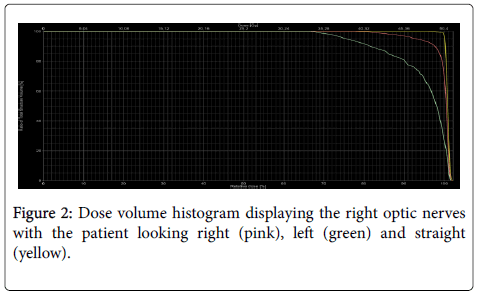 Table 3: Coverage of the right optic nerves (in percent) by 95% of the prescribed dose.

Table 4: Coverage of the left optic nerves (in percent) by 95% of the prescribed dose.

There is controversy around whether extra effort can or should be made to ensure stability of globe and ON stability as some consider the movement to be negligible. The results obtained from our study show that there can be significant displacement of the optic nerve as the patient changes their gaze. This may lead to an under dosage. The extent of the displacement is patient dependent.

In our opinion patients do need to be asked to look ahead in neutral gaze during beam-on time. There may be additional benefit in asking the patient to keep their eyes closed, as they are then not distracted by the movement of the treatment machine or items in the treatment bunker.

This project is a sub study of the “Whole brain radiotherapy following local treatment of intracranial metastases of melanoma - A randomized phase III trial (WBRT Study)”, Protocol No. X13-0329 was approved on 9th October 2013 by HREC/13/RPAH/465.

Data collected came directly from Eclipse version 11.0.3. Deidentified raw data in the form of dose volume histograms can be sourced for distribution.

KC performed scans on patients to obtain imaging for planning and analysis, created treatment plans for analysis and drafted manuscript. GBF conceived study and participated in its design and helped to draft the manuscript. SL analyzed and converted raw data into table and graphical form. GBF, MAI and AH suggested patients for inclusion and provided feedback and editing of manuscript. All authors approved the final manuscript.

We would like to acknowledge Genesis Cancer Care and the staff at Mater Radiation Oncology - Crow’s Nest department for assisting in data collection. We also acknowledge Cancer Australia in supporting the Australia & New Zealand Melanoma Trials Group (ANZMTG).