Copyright: © 2016 Sah RB, et al. This is an open-access article distributed under the terms of the Creative Commons Attribution License, which permits unrestricted use, distribution, and reproduction in any medium, provided the original author and source are credited.

A 34-year-old lady presented with history suggestive of bronchial asthma & allergic rhinosinusitis. Computerized tomogram (CT) of thorax showed nodular calcification of trachea with sparing of the posterior wall. CT paranasal sinus revealed sinusitis with bone destruction. Bronchoscopy and bronchial biopsy was consistent with the diagnosis of tracheobronchopathia osteochondroplastica (TPO). Diagnosis of atrophic rhino sinusitis was established based on the diagnostic criteria. Sinobronchial symptoms have been described in TPO, but destruction of sinus due to atrophic rhinosinusitis has not been reported.

Tracheobronchopathia Osteochondroplastica (TPO) is one of the rare causes of tracheobronchial calcification. Sinobronchial involvement due to TPO has been documented in past, however CT sinus findings in cases of TPO have not been described earlier.

A 34 year old non-smoker, homemaker was referred for the management of bronchial asthma. She complained of moderate-severe rhinitis, sinusitis, progressively increasing dyspnea on exertion and cough for 7 years. She denied history of paroxysmal breathlessness, emergency hospital visits or use of inhaled bronchodilators.

At presentation her vitals were normal. General physical examination was unremarkable. Examine of para-nasal sinuses (bilateral maxillary and frontal) showed tenderness. There was nasal crusting and patulous nasal passage on nasal examination.

Routine microscopic examination of her urine sample was normal. She had a chest radiograph done 2 weeks ago from elsewhere, showed bilateral mid-zone non-homogenous opacities (Figure 1a). These opacities had reduced at presentation and had subsided after 1 month (Figure 1b). 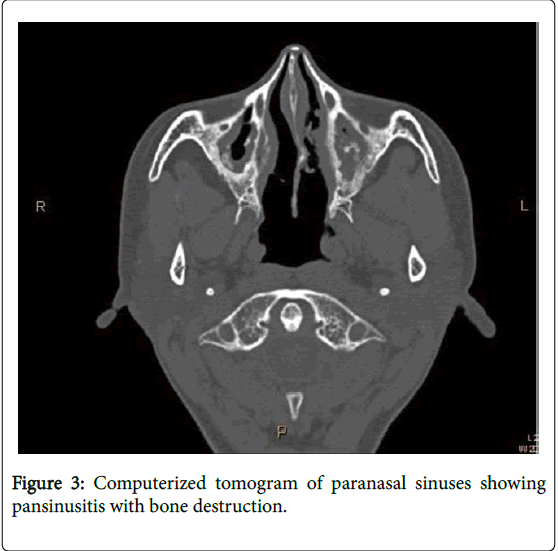 Figure 5: 5a and 5b- Bronchoscopy image showing- multiple, nodules in the trachea and main bronchi with characteristic ‘cobblestone’ appearance and sparing of the posterior walls.

Histopathological examination of biopsy showed spicules of lamellar bone, fat cells and bits of metaplastic squamous epithelium (Figure 6). She was treated with long acting beta agonists, inhaled steroids and steroidal nasal spray because of atopic symptoms and good bronchodilator reversibility. Atrophic rhinosinusitis was managed conservatively with nasal irrigation with normal saline. The patient is taking prescribed medication regularly and has reported significant improvement in symptoms. She is on regular follow up for possible requirement of intervention for tracheobronchial nodule and atrophic rhinosinusitis. Tracheobronchopathia Osteochondroplastica (TPO) is an idiopathic, benign disorder of large airways. Till now approximately 400 cases have been reported in literature [1]. It occurs more frequently in males over 50 years, although cases have been reported in younger individuals and females. The severity of symptoms in TPO depends on the extent of airway narrowing arising due to submucosal nodules projecting in the airway lumen. TPO is a slowly progressive disorder, remains stable for many years. Majority of TPO patients are asymptomatic until the tracheal diameter falls below 1 cm. Others have cough, breathlessness, wheezing, hemoptysis and recurrent respiratory infections. Often they are diagnosed as asthma or chronic bronchitis. Our patient too was being referred for the management of asthma. But, atypical presentation i.e. absence of paroxysmal dyspnea and presence of abnormal chest radiograph led to further investigation. Pulmonary function test may be normal or show an obstructive pattern as seen in our case [2].

She was diagnosed to have atrophic rhinosinusitis as per diagnostic criteria suggested by Ly TH et al. [3]. These criteria are:

Chest radiograph in TPO is usually normal, but there can be areas of atelectasis and ill-defined opacities [4] as in our case. The CT thorax in our patient showed nodular calcification of tracheobronchial tree with sparing of the subglottic trachea and the posterior wall.

Differential diagnosis of tracheobronchial calcification aretracheomalacia, saber sheath trachea, Mounier-Kuhn syndrome, Wegener’s granulomatosis, endobronchial sarcoidosis, inflammatory bowel disease, papillomatosis, amyloidosis, relapsing polychondritis, and TPO [5]. Tracheomalacia has lunate-shaped trachea, saber sheath trachea has narrowed coronal diameter whereas, Mounier-Kuhn has increased tracheobronchial diameter. The tracheal anatomy apart from narrowing was normal in our case. Wegener’s granulomatosis almost always affect upper airways and subglottic trachea [6]. Kidneys are involved in 80% cases. Elevation of cytoplasmic antineutrophil antibodies is common. Moreover, there are metabolically active areas of inflammation on PET scan in Wegener’s granulomatosis. In our case the lesions were metabolically inactive. Sarcoidosis and inflammatory bowel disease have systemic symptoms, which were absent in our case. Papillomatosis and amyloidosis tends to involve the airway concentrically, as opposed to TPO, which spares the posterior wall. The only other disease apart from TPO, which spare the posterior wall, is relapsing polychondritis. In relapsing polychondritis however besides tracheal calcification there is recurrent chondritis of ear, nose and respiratory tract along with inflammatory non-erosive polyarthritis and ocular inflammation. Also, in relapsing polychondritis there is high attenuation thickening of tracheal and bronchial walls along with destruction of tracheal cartilaginous rings, whereas presence of focal, coarse calcification/ossification favors TPO [7]. The clinicoradiological findings, thus suggested the diagnosis of TPO.

The diagnosis of TPO is made on bronchoscopy. The classical findings are sessile cartilaginous and/or bony nodules with normal overlying mucosa sparing the posterior wall, producing a beaded appearance. This appearance is also called rock garden or cobblestone appearance of tracheobronchial tree 8 as seen in our case. Biopsy of these nodules is essential to confirm the diagnosis. The biopsy confirmed the diagnosis of TPO in our case. Treatment of TPO is necessary for symptomatic cases only, as no definitive management is available and the prognosis is generally good. Conservative management with antibiotics is required for those with recurrent respiratory tract infections, while others who develop obstructive symptoms may require interventions like removal of nodules by forceps, laser photoevaporation or cryotherapy or external beam irradiation or endobronchial stent placement or linear tracheoplasty [1,12].