+44-1625-708989
What is the Risk of Suicidality in Depressive Adult Patients Using SSRIs? A Meta-Analysis of RCTs | OMICS International

What is the Risk of Suicidality in Depressive Adult Patients Using SSRIs? A Meta-Analysis of RCTs

Copyright: © 2017 Al-Mutawa N, et al. This is an open-access article distributed under the terms of the Creative Commons Attribution License; which permits unrestricted use; distribution; and reproduction in any medium; provided the original author and source are credited.

Introduction: Selective Serotonin Reuptake Inhibitors (SSRIs) are among the most commonly prescribed medications particularly for patients with depressive disorders. Concerns related to increase risk of suicidality associated with the use of SSRIs were raised since early 1990s. Recent studies show inconclusive and conflicting results about this association. Meta-analysis based on Randomized Controlled Trials (RCTs) in depressive disorders has not been done recently.
Objective: To establish whether there is increased risk of suicidality with the use of SSRIs compared to placebo in the treatment of depressive disorders in adults.
Method and design: Meta-analysis of Randomized Controlled Trials (RCTs).
Data sources: I searched for relevant systematic reviews and RCTs in Medline and Cochrane library database. I checked reference lists of included trials. I included trials from Jan 2000 to September 2016.
Selection criteria: Published systematic reviews of randomised controlled trials comparing SSRIs with placebo in adults diagnosed with a depressive disorder were eligible for inclusion.
Data collection and analysis: One review author selected the trials, assessed their quality. I use random effect meta-analysis. I used Odds Ratio (OR) to summarize dichotomous outcomes.
Results: In the 5 studies identified, 556 suicidal events were detected in 71628 patients treated with SSRI for depressive or other disorders. Pooled OR=0.97(95%CI 0.85-1.1).
Conclusion: These findings support that there is no increased risk of suicidality in adult patients treated with SSRI for depression.

Adult and paediatric patients who are suffering from Major Depressive Disorder (MDD) are at increased risk of suicidality as part of natural history of the disease [1]. SSRIs are among the most commonly prescribed medications particularly for patients with depressive disorders [2]. The literature proves that SSRIs are effective treatments for adults with depression, and better tolerated than other classes of antidepressants [1-3]. Concerns related to increased risk of suicidality associated with the use of SSRIs have been raised since early 1990s [4]. Accordingly, FDA recommends that patients of all ages treated with antidepressants should be monitored for suicidality and clinical worsening [5]. Recent studies have shown an association between suicidality and the use of SSRIs in children [6,7]. In the last 2 decades, several studies of different study designs, each with its strengths and limitations, have been conducted to study the association between increased risk of suicidality and the use of SSRIs in adults [7-14]. However, the inferences of these studies have been conflicting and inconclusive. Meta-analysis based on RCTs in depressive disorders was not done recently. Therefore, I used the data from published RCTs in the last 15 years to carry out a meta- analysis with the main aim to establish whether there is increased risk of suicidality with the use of (SSRIs) compared to placebo in the treatment of depressive disorders in adults.

I conducted a literature search to identify all systematic reviews and RCTs of SSRIs indexed on Medline and Cochrane library between 2000 and 2016. The search strategy combined the text terms “selective serotonin reuptake inhibitors”, “suicidality”, “systematic review” and “RCTs”. Hand check of Reference lists of all included studies was done for potential studies.

All systematic reviews based on RCTs that study the effect of SSRIs on the risk of suicide were included provided that a) main outcome is suicidality (suicidal ideation, intentional self-harm or suicidal attempt fatal and non-fatal) b) the control group include placebo control c) adult population d) articles published in English. Non-systematic reviews, studies on paediatric population, systematic reviews of observational studies and case reports were excluded.

Primary outcome is suicidality (suicidal attempts both fatal and non-fatal, intentional self- harm and suicidal ideation). I used the same terms and phrases used by FDA [6]. These events are classified based on Medical Dictionary for Regulatory Activities (MedDRA) coding dictionary.

In this meta-analysis I focused on SSRIs compared with placebo. I reported odds ratios using Peto’s exact method and calculated 95% CI with a random effect model using RevMan 5.3.

The Assessment of Multiple Systematic Reviews (AMSTAR) scale was used to assess the methodological quality of the included systematic reviews.

Table 1 shows the 11 item scale for the 5 studies included. The overall quality score ranges between 0 and 11. A score of 9-11 is considered high quality, 5-8 moderate and 0-4 low quality review.

The search identified a total of 20 publications, all of which were English language journals. On review of titles and abstracts, I excluded 15 studies: 5 of them were related to paediatric and adolescent population only, 4 were systematic reviews of observational studies and 6 articles were case reports and non-systematic reviews (Figure 1). 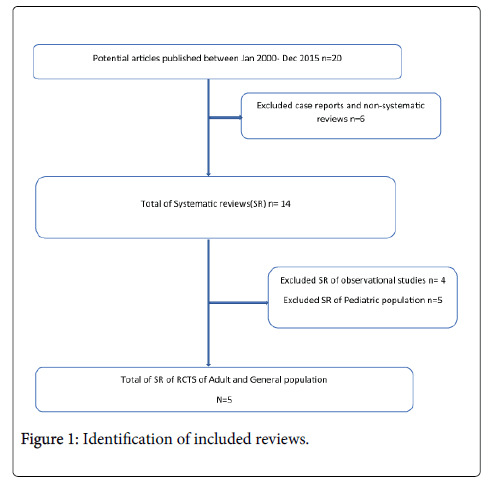 Figure 3 depicts funnel plot of this meta- analysis. The study distribution is symmetrical and publication bias is unlikely to be a problem. Assessment of heterogeneity was done through Chi square test and I2. Chi2=11.6, df=4, P value=0.01, and I2=66%. This indicates a need for a random effect model between studies included. 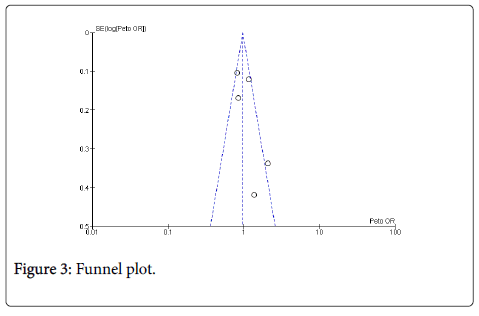 RCTs are considered the best source of data to comment on interventions [15]. Results from ecological studies has concluded that increased used of antidepressants in general has contributed to decrease suicidal rates [16,17], however similar trend has been found before the introduction of SSRIs. This suggest that there are other factors that contributes to the reduction in suicidal rates [17,18]. Matched case control studies have shown that among severely depressed patients there has been an association between suicidal attempts and the use of antidepressants in paediatric population but not in adults [19-22]. However, the interpretation of these studies is affected by the risk of confounding comorbidity or indication. Previous systematic reviews confirmed that SSRIs are effective and better tolerated medications in treating adults with depression [1].

A cohort study conducted by Coupland et al. [9] on the effect of antidepressants on increased risk of suicidality in adults showed increased risk in the early phases of treatment, this might be related to residual confounding from severity of depression and patient characteristics. Suicide is relatively a rare side effect, so it is difficult to comment on increased or decreased risk among people treated with SSRIs. Very large trials will be required to detect the effect on risk.

The results of this meta-analysis showed no increased risk of suicidality in adult people treated with SSRIs. This supports the results of another meta-analysis based on clinical reports published in 2016 and showed no significant increase in suicidality in adults [7]. The absence of evidence of increased risk might be related to decrease drug efficacy in treating depression. Also, the low ratio of suicide might be related to under reporting. Smaller studies are often interpreted as having larger effects in the published meta- analysis and studies with positive results have greater chances of being published. Fergusson et al. [10] study has shown two fold increase in the odds of suicidal attempts in SSRIs users compared to placebo. This review has serious limitations of lack of information from 58% of patients eligible for analysis. Also, the trials included in this review are of relatively small size and duration to comment on this rare adverse event. The mean duration for treatment and follow up was 10.8 weeks with fewer than 6300 patients. Gunnel et al. [13] study with overall OR of 1.17 has shown that increased risk of suicide with the use of SSRIs cannot be ruled out especially during early phases of treatment with these drugs. Mean duration of the trials included in this study was 8-10 weeks. About 1.9 million subjects will need to be included in this trial to detect 20% decrease in suicide risk to be considered clinically important. Because suicide is a rare outcome, large trials with around 2 million patients is required to detect the risk.

Strengths of the Analysis

The analysis was done of five large meta-analysis studies based on RCTs of moderate quality that covers large number of patients. Publication bias is unlikely to be a problem.

Limitations of the Analysis

I did not conduct a systematic review of all the published literature; consequently some relevant trial data might have been missed. I did not have access to individual patient data. The pooling effect of different SSRIs may make the implicit assumption that suicidality risk is similar in all the products investigated. I did not have access to individual patient data. I could not conduct meta-analysis on individual patients or trials; therefore, heterogeneity between individual trials might have been masked. Most randomized controlled trials of the reviews included are of short duration, possible longer term effects will not have been detected. Small sample size in some of the studies might lead to Type II error (accepting the null hypothesis when it is false). The studies were done in high income countries and the generalizability to low income countries is uncertain. Most studies included suicidal ideation and suicidal behaviour as a combined outcome to increase statistical power, however the clinical implication of these results are of low utility. It was not possible to stratify results by time in the course of treatment and the dose of SSRIs.

Conclusion and Implications for Research

This meta-analysis which included a total of 108905 patients supports that there is no increased risk of suicidality during the treatment with SSRIs compared with placebo in adult patients with depressive disorders. However, Caregivers should warn patients with possible risk and monitor patients closely in the early stages of treatment. Further studies are needed to confirm the long term effect and to guide clinical practice patterns.