Title: Kozyrev’s space model of helio-geophysical and Climatic changes in the XXI century

Alexander Trofimov has completed his MD (Doctor of Medicine) in 1998 from Siberian Branch of Russian Academy of Medical Sciences. During many years he was (until 2010) Chief of laboratory of Helio-climatopathology of Scientific Center of Clinical and Experimental Medicine (SB RAMS, Novosibirsk). From 1994 and now he is the Director of International Scientific-Research Institute of Cosmic Anthropoecology (Russia, Novosibirsk). He has 7 patents, published 6 monographs and more than 60 papers in reputed journals such as Arctic Medicine, Journal of Circumpolar Health, Journal of Earth Science and Climatic Change, Journal of US-China Medical Science, Clinical Medicine Research, Open Access Scientific Reports and many others. His biography was published by “WHO is WHO” in Russia at 2013 year.

Russian astrophysicist Nicolai Kozyrev (1908-1983) supposed that differences in climate, ocean currents, location of the continents in the northern and southern hemispheres of the Earth are largely determined by asymmetry of the active properties of time or its course (*). Time, according to N. Kozyrev`s opinion, also has the properties of density (intensity), instantaneousness of spreading on the Earth and in the Universe and finiteness that make cause-effect connections in the event series not so strong. This allows the possibility of study of the consequence effect on the cause and, therefore, the global predictive monitoring of future events that according to N. Kozyrev, are already in present. In conditions of a simulated “intensiveness of energy-time” (N. Kozyrev`s term) with the use of developed in our Institute aluminum shielding devices (patent of Russian Federation № 2122446), conventionally named “Kozyrev`s mirrors” (**), the possibility of access of human consciousness, under certain conditions, to have not yet realized future events for creation of the predictive model of helio-geophysical and climatic changes on the Earth in the nearest decades was evaluated. The work was performed in the “Kozyrev`s mirrors” in 2010-2014 by specially selected and trained group of healthy volunteers-operators (n=12), who took, before the study, helioprotective water for drinking, which opened the functional reserves of the brain, under computer control of dynamics of cardio-vascular, electroencephalographic and psychophysiological parameters. 127 prognostic protocols, which became the basis for creating a model of possible heliogeophysical and climate changes on the Earth in the XXI-th century were received, processed and analyzed. Results of the study, presented in the report, were compared with the well-known by literature models of climate change. The Institute continues research project in “Kozyrev`s space”, evaluating the possibility through observing the Future to positively influence on climate change in the Present, which would mean the circulation of causal connection, that is, teleological orientation of events. 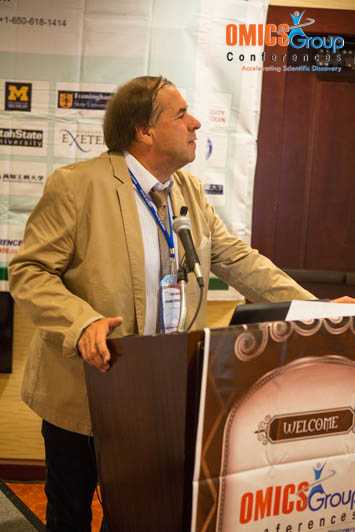