Mitra received his Ph.D. in Pharmaceutical Chemistry in 1983 from the University of Kansas. He is currently a Curator’s Professor of Pharmacy at the University of Missouri-Kansas City. He is also the Vice Provost for Interdisciplinary Research and Chairman of the Division of Pharmaceutical Sciences, and Co-director of the Vision Research Center at the University of Missouri-Kansas City School of Medicine. He has conducted extensive research in various drug delivery technologies, including ocular drug delivery for the past three decades. He has published nearly 300 peer reviewed scientific research and review articles in high impact international journals. He has presented over 350 abstracts at scientific meetings, including the annual American Association of Pharmaceutical Scientists (AAPS), the Society of Toxicology, and The Association for Research in Vision and Ophthalmology (ARVO) conferences, and has given over 100 presentations to a wide audience (including several universities, pharmaceutical companies and scientific organizations).

Current macromolecular delivery in the treatment of diabetic retinopathy and wet-AMD (age-related macular degeneration) requires frequent intravitreal injections to maintain therapeutic levels at retina/choroid. Frequent intravitreal administrations can cause potential complications like endophthalmitis, retinal detachment, retinal hemorrhage, and patient noncompliance. Studies with marketed polymers (poly (lactic-co-glycolic acid) (PLGA)) suggest that acidic pH in the core of nanoparticles significantly reduces biological activity of therapeutic proteins. In our laboratory, we have recently developed and evaluated novel tailor-made pentablock (PB) copolymers for semi-invasive controlled delivery of therapeutic proteins to back of the eye tissues (retina-choroid). PB copolymers were synthesized utilizing various FDA approved biodegradable and biocompatible polymer blocks (polyglycolide (PGA), polyethylene glycol (PEG), polylactide (PLA) and polycaprolactone (PCL). These PB copolymers have been optimized with respect to molecular weight and ratios of each block in order to develop a successful macromolecular (model proteins such as lysozyme, BSA, IgG, and IgG-Fab) drug delivery system. High molecular weight PB copolymers with the block arrangement of PGA-PCL-PEG-PCL-PGA and PLA-PCL-PEG-PCL-PLA were utilized to prepare protein encapsulated nanoparticulate formulation. Whereas, PB copolymers with low molecular weight and different arrangement of blocks i.e., PEG-PCL-PLA-PCL-PEG were developed to formulate thermosensitive gel. In-vitro release studies performed with IgG-Fab and IgG-encapsulated nanoparticles exhibited a phase of burst release followed by controlled release up to ~32 and ~45 days, respectively. Interestingly, burst release phase was eliminated by dispersing nanoparticles in thermosensitive gel. By suspending IgG-Fab and IgG-loaded nanoparticles in thermosensitive gel, a continuous zero-order drug release was achieved up to ~45 and ~60 days, respectively. Moreover, biocompatible nature of novel PB copolymers was confirmed by in-vitro cytotoxicity and biocompatibility studies. This novel approach can act as a platform for ocular delivery of therapeutic biologics, which can minimize/eliminate side effects associated with frequent intravitreal injections. These results suggest tremendous applicability of PB copolymers in the development of drug delivery system which may not be limited to ocular formulations. 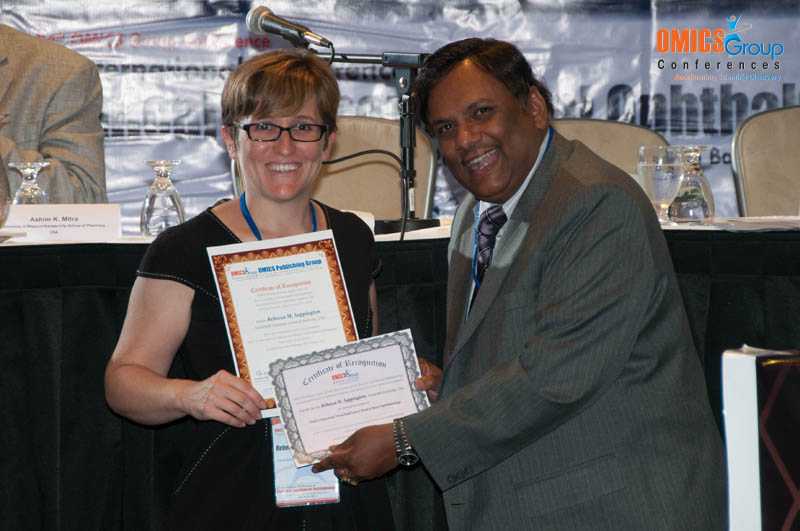