Erhabor Osaro is a Chartered Scientist and Fellow of the Institute of Biomedical Science of London. He holds a Ph.D. degree in immunohaematology. He completed the University of Greenwich specialist courses in blood transfusion and laboratory quality management system. His teaching experience spans both Nigeria and the United Kingdom. His work experience includes working as a Specialist Biomedical Scientist at the Royal Bolton Hospital-a continuous improvement conscious and a centre of excellence in the implementation of lean principles in the health sector in Europe. He is the recipient of several awards, including the famous British Blood Transfusion Society Young Scientist Award and the Margaret Kenwright Young Scientist Award. He is a registration portfolio verifi er/examiner for the Institute of Biomedical Science of London. He is a member of the editorial board as well as an article reviewer for several scientifi c journals. A well-published contributor in the fi eld of infectious diseases, immunohaematology, and transfusion medicine, he is chairman of the board of directors of Nelson Biomedical Limited, UK and Nigeria. 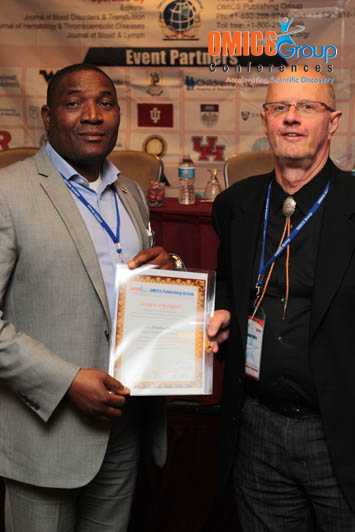