Francisco Plougraduated in Chemistry from Zaragoza University in 1988. He obtained his PhD in 1993 from Autonomous University of Madrid. During 1992-1999 he was a visiting scientist at the Queen Mary and Westfield College (London). Since 2000, he is Research Scientist at the Institute of Catalysis (CSIC, Madrid). He has published more than100 papers and book chapters on biocatalysis. He has been awarded with the III European IQS-Award on Enzyme Technology, the 2008 Madrid Best Patent Award, the EDP University Challenge 2010 and the 2012 Digital CSIC Prize to the more downloaded publication. He leads the Biotransformation Group at the ICP-CSIC and organizes technical courses on HPLC. His research interests are the enzyme-catalyzed transformations of carbohydrates, the immobilization of biocatalysts and the process optimization. He has supervised 12 PhD Students and is currently Treasurer of the Spanish Society of Catalysis.

Carbohydrate-active enzymes have important applications both in the food and the pharmaceutical industries. In particular, the synthesis of prebiotic galactooligosaccharides (GOS), fructo oligosaccharides(FOS) and isomalto oligosaccharides (IMOS) is of growing interest in the functional food area. To mimic the multiple benefits of Human Milk Oligosaccharides (HMOs) over breast-fed infants, GOS and FOS are incorporated into baby foods to favour their microbiota composition in the infant’s feces (prebiotic effect) and to reduce allergenic manifestations and infections during the first years of life. β-Galactosidases and β-fructofuranosidasescatalyze transglycosylation reactions in which lactose or sucrose are transformed into GOS and FOS, respectively. A mixture of products with different polymerization degree and type of linkages is usually obtained.IMOS can be synthesizedfrom starch following a multi-enzyme process based on a first hydrolytic step employing α-amylases and atransglucosylation process catalyzed by α-glucosidases We are currently optimizing the preparation of such carbohydrates. Immobilization of the above enzymes allows the separation of the biocatalyst after the reaction and its reuse, thus facilitating the product recovery 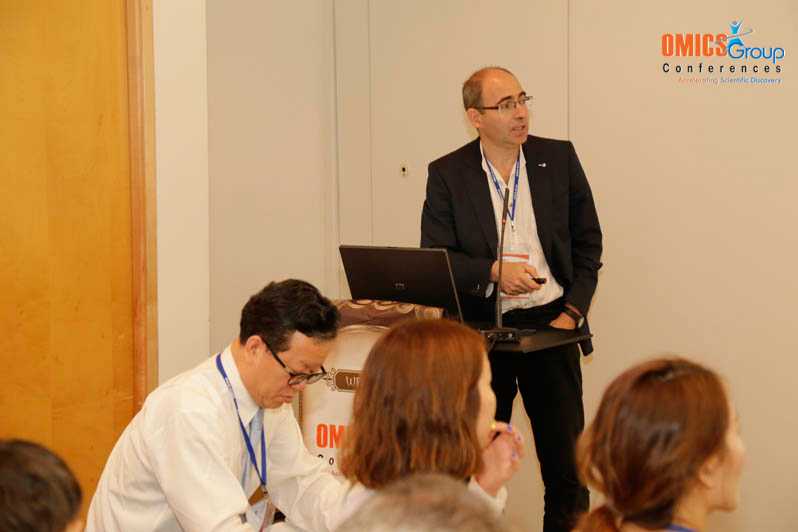