Introduction: The paracoccidioidomycosis is a major public health problem due to its high potential disabling and the amount of premature deaths caused mainly for specific social groups, including rural workers, who also face serious problems of access to health care and support services, favoring a late diagnosis. The most affected age group is between 30 and 50 years of age people in their most productive phase of their lives, and over 90% are diagnosed in men. In adults, the predominant clinical presentation is chronic, with pulmonary involvement; however, in children or adolescents, it is presented in the acute or subacute form. When not diagnosed and treated in time, it can lead to severe and lethal disseminated forms, of a rapid and progressive involvement of the lung, integument, nodes, spleen, liver and lymphoid organs of the digestive tract.
Objective: Present a case report of paracoccidioidomycosis with unusual clinical presentation, who was admitted to the ward I Surgical Clinic of the Federal Hospital Bonsucesso - Rio de Janeiro-Brazil, in October 2013.
Case Report: E.Z.D., female, 53 years old. By the time of the hospital admittance, the patient presented a history of jaundice and sepsis, after having been previously diagnosed with cholangiocarcinoma and having her bile duct drained. The patient was forwarded to our institution, and was then staged through imaging and laboratory testing, a procedure that show edlesion involving the bile duct and the duodenum. An exploratory laparotomy was performed, and a gastric duodenal common bile duct fistula was found, as well as cholecystitis with cholelithiasis and the presence of pus inside the vesicle. A cholecystectomy and partial gastrectomy with BII reconstruction was carried out, however, the bile duct could not be individualized and it was decided to keep the transparietohepatic drainage. The histopathological performed with special stains showed numerous fungal round structures, suggesting Paracoccidioidesbrasiliensis (PAS and SILVER). The FITE staining was negative, and it confirmed the diagnosis by culture data and serological methods. The patient had no relevant complaints of respiratory disorders. Chest tomography revealed only atelectasis tracks, located in the middle, lingula and lower lobes, and a tiny calcified lymph node in the aortopulmonary window. There were no skin changes. The patient is an urban area dweller, without any contact with the countryside nor holding any recent trips to the area. No evidence of co-morbidity, nor clinical signs or laboratory signs of immunodeficiency. At a second time, the patient underwent a CT guided drainage exchange, when a canalization of the common bile duct was performed. The patient is under therapy with amphotericin B evaluated by the Oswaldo Cruz Foundation - Fiocruz. After a three-month treatment, there was a reduction of bile drainage and the cholangiography showed the passage of bile in the bile duct into the duodenum.
Conclusion: Nevertheless, the involvement of the isolated gastrointestinal tract is infrequent. For this reason, we report a case with unusual clinical presentation, when the involvement of paracoccidioidomicotic exclusively from the biliary duct and liver was observed. 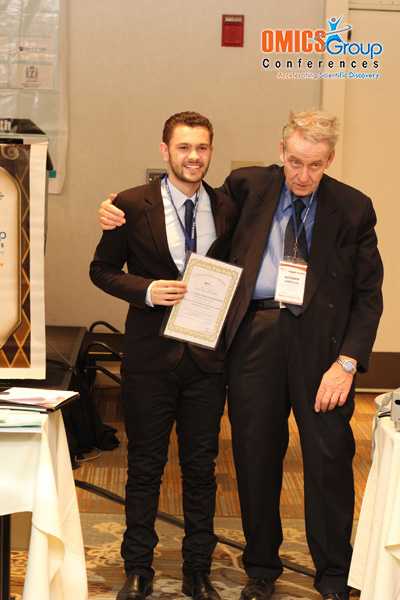