Debbie Y Mohammed is an adult nurse practitioner with 15 years experience specializing in the care of HIV infected persons. She completed her doctorate in Public Health with a concentration in Epidiemiology, graduating from Rutgers State University in 2015

Infection with a sexually transmitted infection (STI) among HIV positives facilitates the transmission of the virus to negative persons. Current recommendations in this population include routine screening for gonorrhea and chlamydia in both males and females but trichomonas screening in females only. The objective of this study is to compare the prevalence of STI, by gender, in 2014, in an urban HIV clinic. A retrospective chart review was conducted to determine screening results for chlamydia, gonorrhea and trichomonas in an urban HIV clinic from 4/1/2013-3/30/2015. Women were screened using the APTIMA® Unisex Swab Specimen Collection Kit for Endocervical Specimens and men by urine NAAT testing with APTIMA®. We compared the baseline demographics of patients who received screening using chisquare test of association. We compared the prevalence of gonorrhea, chlamydia and trichomonas, stratified by gender. Data analyses were done using SAS 9.4. Of 1184 patients with a medical visit in the study period, 765 (65%) were tested for at least one STI. A higher percentage of males were tested (64%), p= 0.01, than females. Those who tested were similar to those who did not test by age, race/ethnicity and insurance type. Overall, there were 45 (6%) positive test results, of which 35 (78%) were in females. Trichomonas was the most prevalent STI in males and females, 4 (0.8%) and 31 (11.4%) respectively. The majority of positive trichomonas results were in those aged 35-49 (45%) or >= 50 years (45%). Screening and treating for positive trichomonasvaginalis, in addition to gonorrhea and chlamydia, in this clinic is important for both males and females to prevent the transmission of HIV virus tonegative persons. Trichomonasvaginalis was more prevalent in older patients and as more than 50% of this population is > = 50 years old, this STI may be an important mediating factor in the transmission of infection for this population. The cellsizes were small for most of the measures and results may become more robust with increased screening. Results may not be generalizable to other HIV clinics. 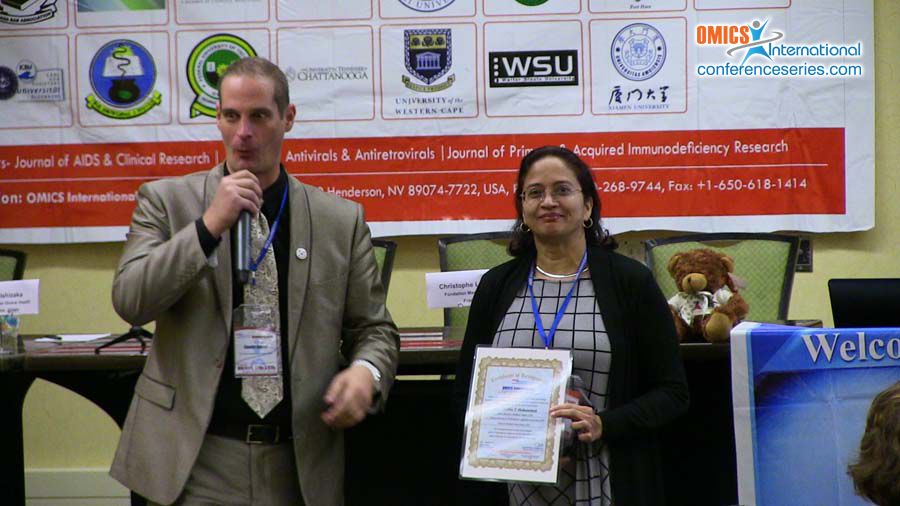