Naser Aliye Feto is a Protein Engineer by training. He has successfully engineered color variants of green fluorescent proteins for improved thermostability, folding kinetics and pH-sensitivity. He is a founding Head of Omics Research Group and Omics Research Facility furnished with the state-of-the-art scientific equipment. He is currently supervising 2 postdocs and 3 PhD, 7 masters and 2 honor students working on a number of cutting-edge research projects. He is a recipient of Faculty Research Achievement Award for 2015 and Vice-Chancellor’s 2016 “WOW” Award for his commitment and active participation in his respective role

Goat (Capra aegagrus hircus) consumes wide varieties of feeds and vegetation than sheep or cattle and other ruminants. Hence, it is expected that goat rumen is endowed with diverse microbial population that could be sources of biomolecules of potential industrial and therapeutic importance. Thus deep sequencing of 7 out of 9 hyper variable regions of bacterial 16S rRNA genes mined from metagenome of goat rumen was performed using Ion PGM™ next generation sequencing platform. The analysis was made using the CLC Microbial Genomics Module in CLC Genomics Workbench 9.1 (CLC Bio, Qiagen). Accordingly, a total of 1,257,757 reads and 3,999 OTUs were obtained. In brief, marked differences in the proportions and composition of the bacterial communities were observed at the class level. Proteobacteria was found to be the dominant phylum across all samples, followed by Bacteroidetes and Firmicutes. In three out of four goats, Gammaproteobacteria was the most abundant class, whereas the most dominant classes in one the goats were Bacterioidia and Clostridia. Alpha diversity was calculated for each sample based on the OTU composition generated at the 97% sequence similarity level. Results of rarefaction based on number of OTUs generally indicate that despite some variability all of goat samples had the high
level of bacterial alpha richness and the general trend of diversity was almost similar. Functional contributions of bacteria in the four goat rumen samples were evaluated using OTUs based on Greengene database. Results of PICRUSt revealed a total of 301 groups at level 3 KEGG Orthology. Further mining of genes encoding for biomolecules of commercial importance from goat rumen metagenome is being conducted in our group. Therefore, one can conclude that goat rumen harbors diverse microbial population and could be of potential source of biomolecules of therapeutic and industrial importance. 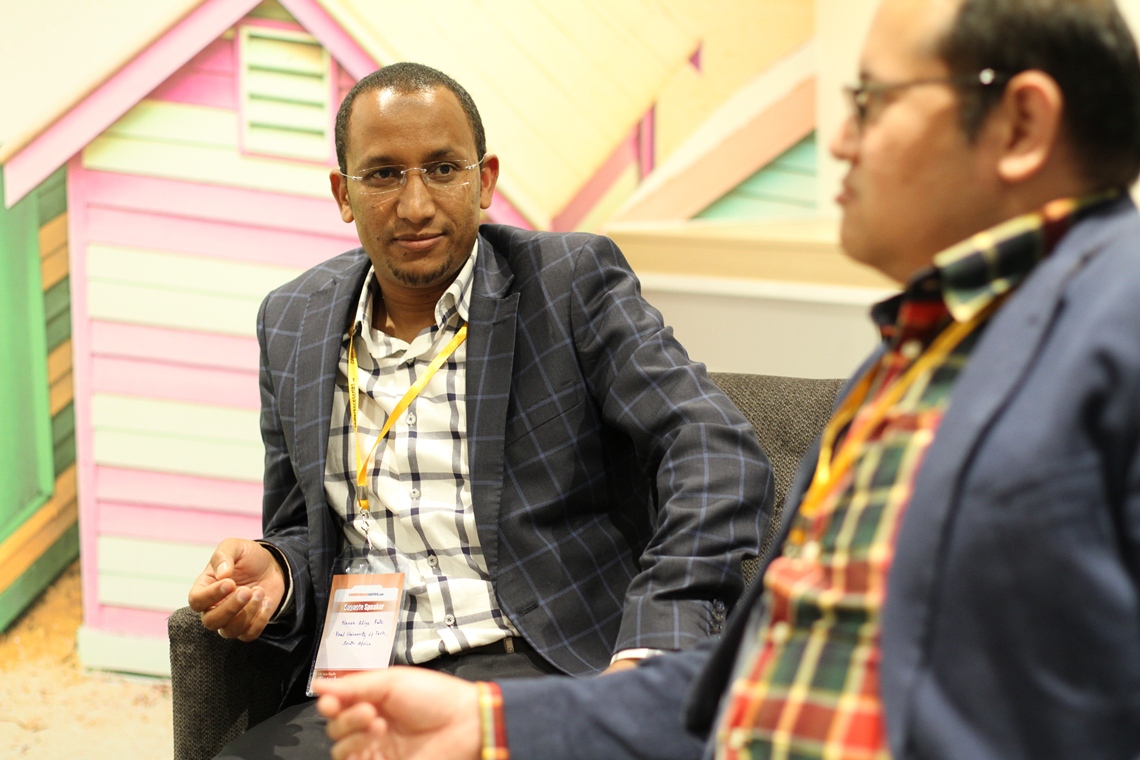