Jing Pan joined the faculty in 2013 as a Senior Lecturer. Her current instruction duties include teaching Eukaryotic Molecular and Cell Biology (BIOL3102) and RNA world (BIOL6V29). Dr Pan received a B.S. (1998) from Nankai University in Tianjin, China, and a Ph.D. (2004) in Biochemistry, Molecular, and Cell Biology from Cornell University in Ithaca, NY. Her PhD work focused on the study of spindle checkpoint, a cell cycle surveillance mechanism, in budding yeast. After her PhD, she completed postdoc training at Memorial Sloan-Kettering Cancer Center in New York City (2004-2008), where she worked on meiotic recombination in budding yeast and in mice; and at University of Texas, Southwestern Medical Center in Dallas (2009-2013), where she worked on miRNA modulation of cell polarity.

Spontaneous preterm birth (sPTB), consisting of preterm premature rupture of membrane (PPROM) and spontaneous preterm labor (sPTL), is the leading cause of neonatal matality and life time mobility. Genetic and genomic variations, environmental factors, and gene-environment interaction(s) are the common etiological factors involved in many physiopathological pathways of PPROM. Many studies have identified the presence of single nucleotide variations (SNVs), copy number variations (CNVs), and DNA methylations as the evidence that genetic/genomic factors and gene-environment interactions play predisposition roles in PPROM. Studies also showed that the human genome transcribed thousands of regulatory non–protein-coding RNAs (ncRNAs), including microRNAs (miRNAs) and long ncRNAs (lncRNAs), are expressed during pregnancy in placentas in addition to fetal amniochorionic membranes, and are involved in sPTB. Previously, we have reported that lncRNAs and mRNAs were differentially expressed in human embryo sacs that contain chorionic villi and maternal decidua in spontaneous abortion within the first trimester, indicating that lncRNAs have played a regulatory function in the early stage of pregnancy. We hypothesized that prenatal exposure to infection and inflammation could cause epigenetic modifications in the pathogenic pathway(s) of sPTB. We therefore undertook a study to identify genome-wide differential expression profile (DEP) of lncRNAs and mRNAs and of DEP of miRNAs and methylation, in addition to exome sequencing, with an existing banked sPTB cohort. Our studies have identified numerous differentially expressed lncRNAs and mRNAs associated with sPTB. Several pathogenic pathways constructed from the differentially expressed lncRNAs and mRNAs showed a significant association with sPTB. We further characterized lncRNAs may regulate gene transcription of collagen-ubiquitin-proteasome (CUP) in human placentas derived from PPROM. Our studies provided evidence that epigenetic modification are involved in pathogenesis of adverse pregnancies, which help in obtaining a greater understanding of the pathogenic pathways associated with sPTB, the novel information about the epigenetic mechanisms underlying sPTB, and help improve the outcome of pregnancies. 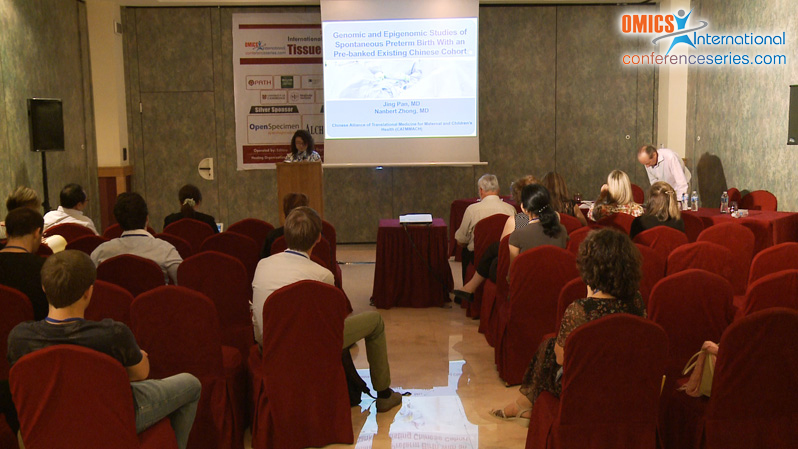