Sapun H Parekh has joined the MPIP in February 2012. Before coming to the MPIP, he has worked as a Science Policy Fellow in the National Science Foundation in Washington, DC and as a Visiting Scientist at the National Institutes of Health. Prior to this, he was a Postdoctoral Researcher in the Biomaterials Group at the National Institute for Standards and Technology where he has worked on mechanobiology of stem cell differentiation and development of label-free imaging techniques. He has received his BS in Electrical Engineering from the University of Texas at Austin in 2002 and his PhD in Bioengineering from the University of California at Berkeley, San Francisco in 2008. His PhD thesis focused on force generation and mechanics of semi-flexible actin networks that are ubiquitous in biology. During his PhD, he has developed and applied a new atomic force microscopy system with improved long-term stability to measure these biophysical systems. At the MPIP his group focuses on molecular imaging and his research interests include applications of non-linear microscopy in biology and molecular biophysics.

Fibrin is a protein hydrogel material responsible for stabilizing the platelet-rich blood clot over a wound in blood coagulation. Its utilitarian mechanical properties: Being stiff or deformable as needed result from the unique hierarchical organization of the polymer network. Experimental and theoretical studies have shown that single filament stretching, network rearrangements and protein unfolding are responsible for this unique mechanical behavior. In this work, we investigate the biophysics of fibrin unfolding in response to uniaxial stretch in situ using coherent Raman imaging. Fibrin hydrogels are stretched to regime where unfolding transitions of α-helical structures to β-sheet occur and spatially resolved broadband coherent anti-Stokes Raman scattering (B-CARS) spectra of fibrin gels are acquired and analyzed. The secondary structure is calculated from peak analysis of the amide I and amide III regions, which are sensitive to subtle changes in protein structure. Experiments on gels of different polymer concentration and cross-linker density show unfolding transitions that correlate with non-linear effects seen in shear rheology. Finally, imaging results show an inhomogeneous unfolding distribution near inert beads in the gel, suggesting that local stresses on platelets within biological clots is different from the bulk mechanical response. This demonstrates the use of hyperspectral B-CARS microscopy to measure local, mechanically-induced conformational changes in proteins. 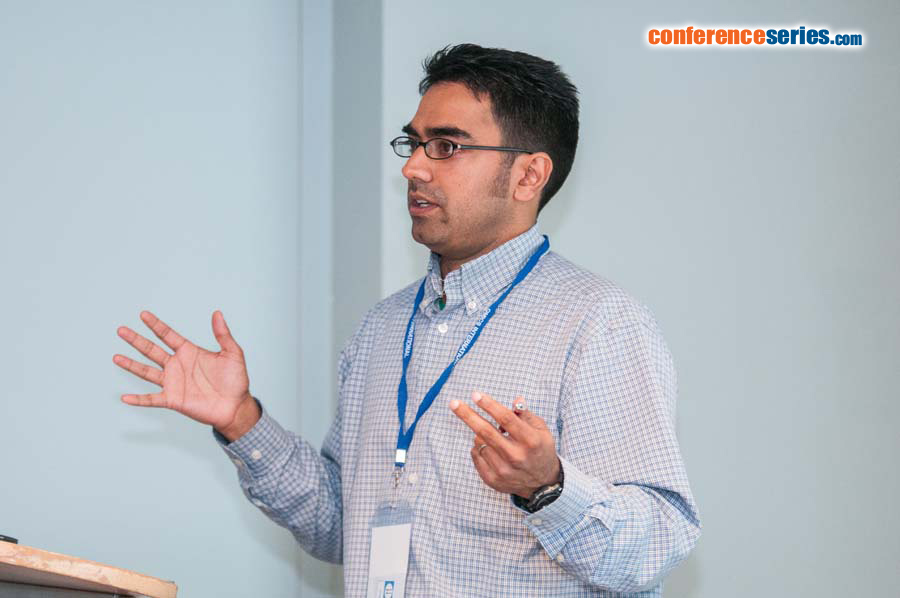