Title: Mechanism of phospholipase A2 G6A activity and regulation revealed by the novel crystal structure

Sergey Korolev has his expertise in Protein Crystallography and Biochemistry. He is an Associate Professor of Biochemistry and Molecular Biology at Saint Louis University School of Medicine. He has published structural and functional studies of medically relevant proteins including ubiquitination systems, DNA recombination and repair proteins and enzymes. His current projects in lab include structure-function studies of tumor suppressors and proteins involved in neurodegeneration.

Statement of the Problem: Calcium-independent phospholipase PLA2G6A (also known as iPLA2 β or PNPLA9) is a signaling enzyme which hydrolyzes phospholipids to generate potent lipid second messengers in response to stress or injury1,2. The enzyme is a product of the PARK14 gene with strong genetic link to a spectrum of neurodegenerative disorders including Parkinson’s disease (PD)3,4,5. It is also linked to idiopathic PD and represents one of the major phospholipase activities in the brain. Alterations in iPLA2β function have demonstrated its role in other human pathologies including cardiovascular disease, cancer and diabetes. Correspondingly, novel inhibitors of PLA2G6A have been sought for therapeutic applications. Mechanisms of its activation and tissue-specific functions remain poorly understood. This contrasts with known enzymatic activity and several well-characterized downstream signaling cascades implicated in agonist-induced arachidonic acid release, insulin secretion, vascular constriction/relaxation, store-operated calcium-entry, cellular proliferation, migration and autophagy.
Methodology & Theoretical Orientation: We have solved a crystal structure of the full-length mammalian PLA2G6A and investigated mechanisms of the protein activity and interaction with calmodulin.
Findings: The first crystal structure of PLA2G6A significantly revises existing mechanistic models6. It demonstrated unexpected oligomeric structure and the conformation of catalytic and auxiliary protein-interaction domains. The structure suggests the mechanisms of inhibition by calmodulin, activation through the autoacylation reaction and the potential role of ATP in stabilizing ankyrin repeats.
Conclusion & Significance: The novel crystal structure together with biochemical studies has immediate implications for the mechanisms of the phospholipase activity, of the inhibition and activation as well as of the potential mechanism of tissue specific cellular localization. It provides a well-defined framework to investigate the role of neurodegenerative mutations and the function of PLA2G6A in the brain as well as its role in other diseases. 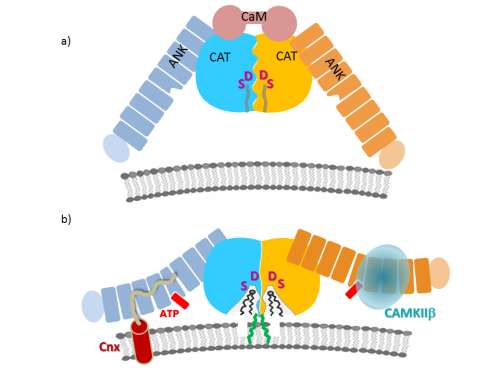 Figure 1: The mechanism of PLA2G6 activation and interaction with membrane and membrane proteins.