Title: Mining the A. nidulans Metabolome for Tau Aggregation inhibitors

Chris Gamblin completed his PhD with Dr. Robley Williams, Jr. at Vanderbilt University and postdoctoral studies with Dr. Skip Binder at Northwestern University Feinberg School of Medicine. He is currently an Associate Professor in the Department of Molecular Biosciences at the University of Kansas and continues to investigate the biochemical mechanisms of tau aggregation.

The abnormal aggregation of the microtubule-associated protein tau is believed to result in cell death and cognitive deficits in Alzheimer’s disease and several other neurodegenerative diseases. The inhibition and reversal of tau aggregation would likely have therapeutic benefit for the treatment of such disorders. In our efforts to identify tau aggregation inhibitors (TAIs), we have sought to mine the secondary metabolome of the fungus Aspergillus nidulans for unique compounds with anti-aggregation properties. Fungal natural products have historically been a rich source of biologically important compounds ranging from anti-cholesterol medications to antibiotics. By screening just a small library of A. nidulans natural products, we were able to identify three lead compounds capable of inhibiting tau aggregation. One of these, asperbenzaldehyde, represented a novel class of TAI. Because asperbenzaldehyde is a precursor to the chemical class of azaphilones, we subsequently generated and analyzed the TAI activity of 11 azaphilone derivatives in vitro. We found that all azaphilone derivatives tested inhibited tau aggregation. Four of the compounds also caused the disassembly of pre-formed filaments in a dose-dependent fashion by reducing both the length and number of tau filaments. Tau also retained significant microtubule-stabilization activity even in the presence of the most potent TAI, indicating that the azaphilone scaffold may be a very promising structural core for future development of tau therapeutics. 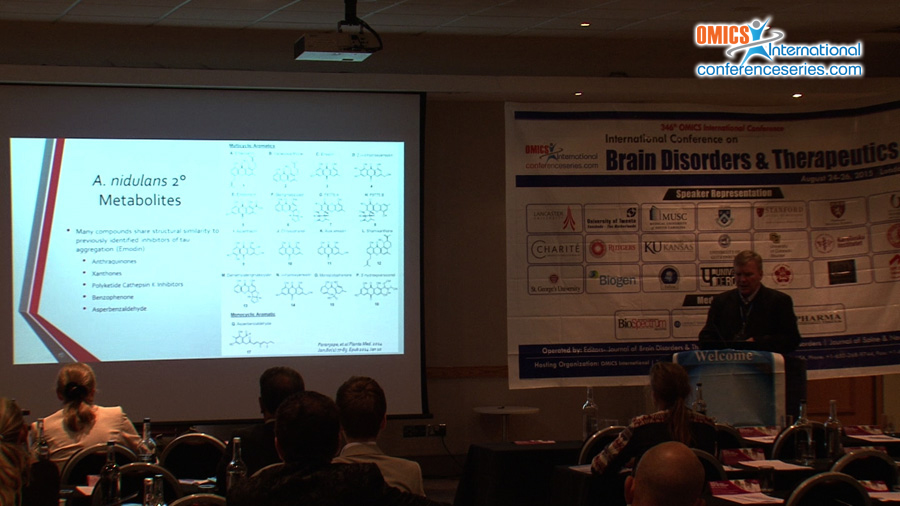 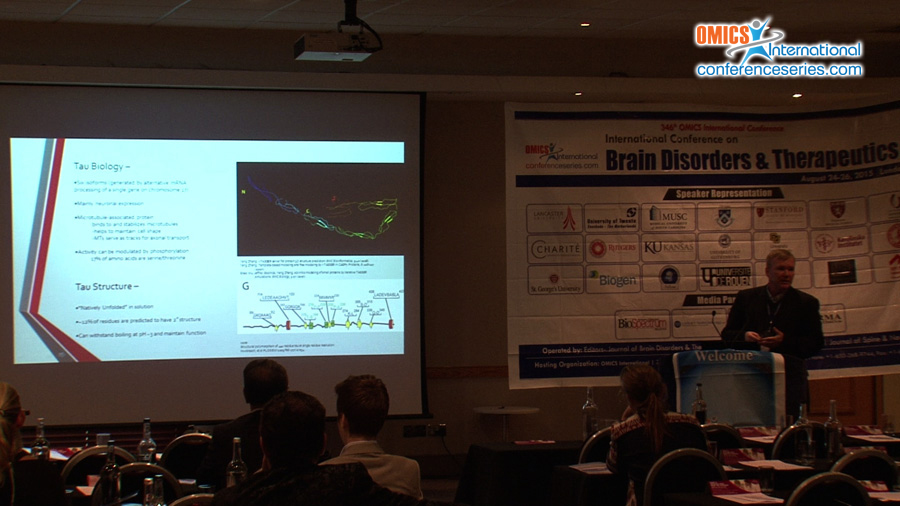 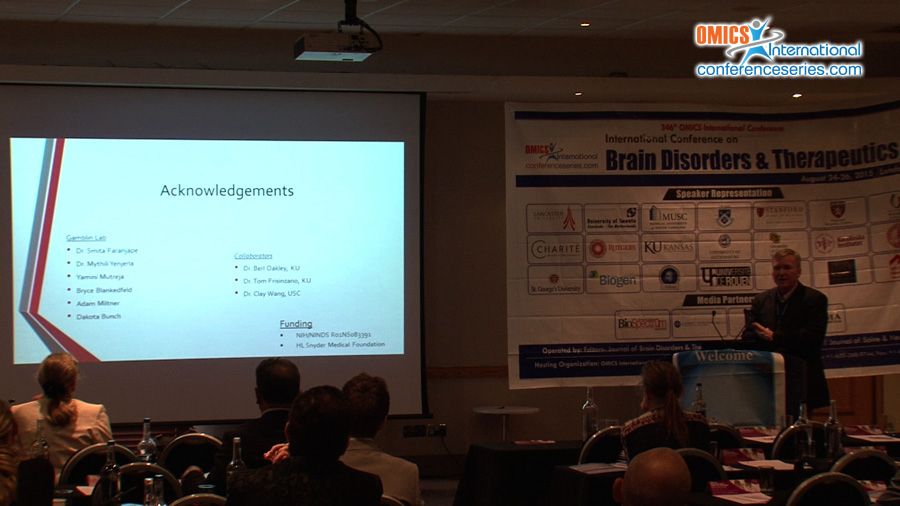