Tinte Itinteang serves as the current Chief Scientific Officer and the Evans Family Research Fellow of the Gillies McIndoe Research Institute (GMRI) in Wellington, New Zealand. He completed his Medical Training at the Melbourne University in 2001, and then completed his Basic Medical Residency in New Zealand, from 2008-2010. He completed his PhD from Victoria University of Wellington, NZ on the role of stem cells and the renin-angiotensin system (RAS) in infantile haemangioma. From 2012-2014, he was appointed as a Research Fellow at the Gillies McIndoe Research Institute, during which he spent six weeks at the Friedlander laboratory at The Scripps Research Institute in San Diego investigating the role of iPSCs for disease modelling. He was then appointed as the Chief Scientist of the GMRI from 2015. His work on the role of stem cells and the RAS in infantile haemangioma has been acknowledged with the International Society for the Study of Vascular Anomalies John Mulliken award as well as several national and international honours. He is the author of over 50 peer reviewed articles and has given over 100 presentations at international conferences.

Introduction: Isocitrate dehydrogenase wildtype glioblastoma (GB), the most aggressive form of brain glioma, is associated with a median survival of 25 months. Cancer stem cells (CSCs) have been proposed to be the origin of many cancers, including GB. Renin-angiotensin system (RAS) has been associated in CSCs in different types of cancers. This study aimed at identifying and characterising the CSC population within GB tissues for the CSC markers, components of the RAS, and the protease cathepsins B (CathB), D (CathD) and G (CathG), which provide potential bypass loops for the RAS. As well neuro-spheres derived from fresh GB samples were investigated their expression of stem cell markers, TRA 1-60, OCT4, SOX2 and SSEA-1, and the aforementioned markers.

Methodology: DAB and immunoflourenscent immunohistochemical (IHC) staining was performed on 7 GB samples for the expression of CSC markers SALL4, OCT4, SOX2, pSTAT3 and NANOG; components of the RAS, namely pro-renin receptor (PRR), angiotensin converting enzyme (ACE), angiotensin II receptor 1 (ATIIR1) and angiotensin II receptor 2 (ATIIR2); and CathB, CathD and CathG. NanoString mRNA analysis was performed on 5 of the original 7 GB samples, for the transcriptional expression of the same markers. 6 fresh samples of the original cohort of GB were grown in culture and stained for TRA 1-60, OCT4, SSEA-1 and SOX2, markers associated with CSCs. These cells were subjected to transcriptional analysis for CSC makers, components of RAS and CathB, CathD and CathG.

Conclusion: The finding of this study confirms the putative presence of 2 CSCs within GB. The ability for primary cells derived from GB to form tumour-spheres in vitro, that express CSCs markers underscores the critical role of CSCs in the biology of GB. The expression of the components of the RAS, CathB and CathD, but not CathG by CSCs in GB and the GB-derived tumour-spheres, suggests CSCs as a novel therapeutic target by modulation of the RAS using existing medications. 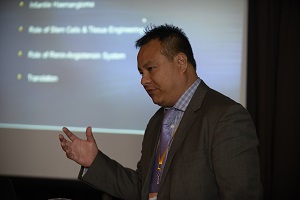 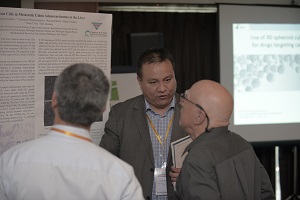 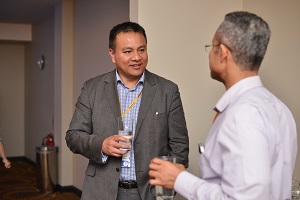 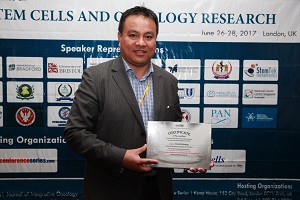