Yosef Yarden completed his PhD from The Weizmann Institute of Science; Rehovot, Israel in the year 1985. Later he went for his postdocs and got appointed as a Senior Scientist in Department of Immunology in The Weizmann Institute in 1988. Currently he is working as a Professor in Department of Molecular Cell Biology in the same institute. He has many awards on his name mentioning some the EMET prize in Biochemistry in 2007 and the MERIT award of the U.S. National Cancer Institute in 2005.

Tumor-specific combinations of oncogenic mutations often free cancer cells from their reliance on growth factors. One important example comprises the epidermal growth factor receptor (EGFR) and its kin, HER2. In tumors, both EGFR and HER2 frequently display overexpression, internal deletions and point mutations. Accordingly, monoclonal antibodies and kinase inhibitors specific to these receptors have been approved for clinical application. The lecture will introduce efforts to resolve the logic underlying gene expression programs activated by growth factors and relationships to tumor progression. Wave-like induction of defined groups of transcripts follows receptor activation, and a similar pattern is displayed by microRNAs. Interestingly, the earliest event we detect is a concerted downregulation of microRNAs that collectively suppress the earliest wave of up-regulated genes, a group of transcription factors that includes FOS and JUN. Importantly, the waves of mRNAs and microRNAs are reflected in breast and other tumors, implying that growth factors play vital roles in tumor progression. The lecture will focus on two emerging features of gene expression programs, which are initiated by activated receptors for growth factors. The first feature is a seemingly pulsatile mode of signals that regulates cell cycle progression. Accordingly, commitment to S-phase entry depends on a fruitful second pulse of signaling, which removes inhibition by the wild type form of p53. The other feature relates to an apparent diurnal regulation of growth factor signaling. This requires signaling by steroid hormones and entails a crosstalk between nuclear receptors and receptor tyrosine kinases, such as EGFR. The implications of both pulsatile regulation of transcription and its diurnal control will be discussed in the context of tumor progression. 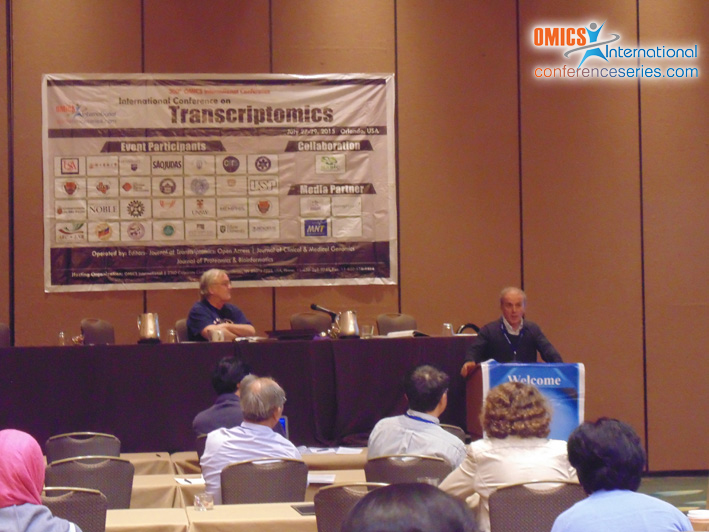