Banana (Musa sps.) is the most important fruit crops of the world. It has nutritional, medicinal, industrial as well as aesthetic value in Hindu religion. Out of the large number of varieties grown in India, Grand Naine is the popular variety grown mostly in all export oriented countries of Asia, South America and Africa. It is a superior selection of Giant Cavendish which was introduced to India in 1990â€™s. Due to many desirable traits like excellent fruit quality, immunity to fusarium wilt etc, it has proved as a better variety. The quality attributes of ripe fruit are mainly influenced by the genotype, the nutritional status of the soil also plays a significant role. Continuous use of inorganic fertilizers as source of nutrient in imbalanced proportion is also a problem, causing inefficiency, damage to the environment and in certain situations, harms the plants themselves and also to human being who consumes them. Some studies have suggested that organic manures gave better quality and post-harvest life of fruits when comparing to inorganic sources of nutrients in banana. 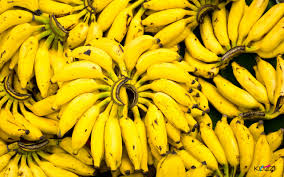