Advances in Biofuels and Bioenergy

2nd Edition of Challenges in Global Climate Change and Oceanography

White croaker is a species of croaker occurring in the Eastern Pacific. White croakers have been taken from Magdalena Bay, Baja California, to Vancouver Island, British Columbia, but are not abundant north of San Francisco White croakers swim in loose schools at or near the bottom of sandy areas. Sometimes they aggregate in the surf zone or in shallow bays and lagoons. Most of the time they are found in offshore areas at depths of 3 to 30 meters.The white croaker is the only species of in the genus Genyonemus. Other common names for the fish include Pasadena trout, tommy croaker, and little bass. 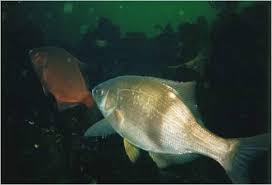