What Caused the Failure of Lehman Brothers? Could it have been Prevented? How? Recommendations for Going Forward

What Caused the Failure of Lehman Brothers? Could it have been Prevented? How? Recommendations for Going Forward

This paper discusses the reasons behind the Lehman Brother’s failure. It analyses whether it could be prevented and what measures were necessary. We open the discussion with the factors that led to this event followed by company history. Some of the leading causes were the bazaar for Credit Default Swaps, falsification of financial statement, and unethical behavior of top executives. In the falsification of financial statements, Repo 105 procedure played a major role in creating healthier financial statements for Lehman. Several recommended that the falsification by the top managers dishonored the Sarbanes-Oxley Act. The paper concludes with the supreme size and universal scale of the crisis, and the incomparable reaction of the government, to stabilize the system, calls for a cautious assessment of the financial system. 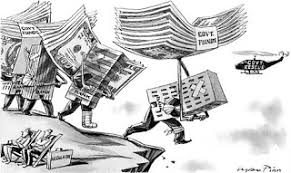