Thoughts on geometries and on the nature of the gravitational field

Thoughts on geometries and on the nature of the gravitational field

This paper shows how a gravitational eld generated by a given energy-momentum distribution (for all realistic cases) can be represented by distinct geometrical structures (Lorentzian, teleparallel, and nonnull nonmetricity spacetimes) or that we even can dis- pense all those geometrical structures and simply represent the gravitational eld as a eld in Faraday's sense living in Minkowski spacetime. The explicit Lagrangian density for this theory is given, and the eld equations (which are Maxwell's like equations) are shown to be equivalent to Einstein's equations. Some examples are worked in detail in order to convince the reader that the geometrical structure of a manifold (modulus some topological constraints) is conventional as already emphasized by Poincare long ago, and thus the realization that there are distinct geometrical representations (and a physical model related to a deformation of the continuum supporting Minkowski spacetime) for any realistic gravitational eld strongly suggests that we must investigate the origin of its physical nature. We hope that this paper will convince readers that this is indeed the case 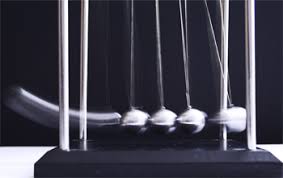