A Pleotrophic Age for Alzheimer and Parkinson disease

Copyright: © 2012 Perry G, et al. This is an open-access article distributed under the terms of the Creative Commons Attribution License, which permits unrestricted use, distribution, and reproduction in any medium, provided the original author and source are credited.

In an optimistic world, now is the most exciting of times in the study of Alzheimer and Parkinson diseases. Over the past century, the major genetic loci have been identified, the pathology has been described, and clinical and diagnostic criteria defined. Despite these facts, the stalemate in efforts to find effective therapeutics continues. Yet scientists remain hopeful that the next kernel of information will unlock a major breakthrough, even as decades of work by brilliant researchers has, for practical purposes, failed in this regard.

Noteworthy is that scientists are following models that were successful in resolving infectious and childhood diseases in the past century, but those same models have advanced us but little, if at all, in treating chronic disease. We appear to be collecting data on an intractable problem that requires insight beyond the amyloid cascade, oxidative stress, cholesterol, cell cycle, infectious, or any of the other theories put forward that explain only features of the disease.

In the case of Alzheimer’s disease, we are left with increasing confusion as to how to proceed except to redefine the clinical and biochemical basis to categorizations that are even more difficult to resolve; note the variation in the definition of oligomers and the continuous refinement of clinical and pathological features, both of which appear to have reached the point of diminishing returns.

Stepping aside from these diseases, the medical community has met similar roadblocks for most age-related chronic diseases where we at best provide therapeutics to alter the slope of decline rather than change the course of disease. Pessimism opens the opportunity for those who look beyond the specifics to understand the fundamental remodeling of aging that fails during disease. With the opening provided by the growing talent now working in this field, it is our hope that a similar opening of the field to integrative insights will follow. 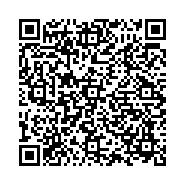