Copyright: © 2012 de la Torre JC. This is an open-access article distributed under the terms of the Creative Commons Attribution License, which permits unrestricted use, distribution, and reproduction in any medium, provided the original author and source are credited.

A drunkard loses his keys on a dark street and is looking for them under a lamp-post. A policeman comes over and asks what he’s doing. “I’m looking for my keys” he says. “I lost them over there”. The policeman looks puzzled. “Then why are you looking for them over here?” “Because”, replies the drunk, “the light is so much better”. There is undeniable logic to look for things lost in the dark where the light is better. But when the search under the light consistently yields nothing, it is wiser to move on and look elsewhere, even where the light is dim. This has been the Alzheimer’s Disease (AD) paradox for the last two decades, as the search for the cause of this disorder has been carried out under a very limited spotlight that has produced no clear benefits for patients at-risk or those already diagnosed with AD.

This trackless clinical progress is all the more baffling in view of over 75,000 scientific papers published on the subject of AD during the last two decades. A considerable amount of the Alzheimer research done during this period has focused its efforts in attempting to validate that AD is triggered by the excessive accumulation in the brain, by a sticky substance called amyloid-β-peptide (Abeta) [1]. Although several versions of the Abeta hypothesis have been put forward, its main thesis is that Abeta is responsible for the neurodegeneration and cognitive loss seen in AD. This canonical view has engendered more than 30,000 papers dealing mainly with the biochemistry, genetics, pathology, molecular activity and clinical effects of Abeta. The Abeta hypothesis has influenced and guided the research in the field of Alzheimer dementia that many workers regard it as the gold standard of scientific investigation. Despite the monumental bibliography that Abeta research has generated, patients today are no better off, medically speaking, than was described by Alois Alzheimer in 1907 [2].

Recently, the hypothesis that Abeta deposition in the brain is the cause of sporadic AD was put to the test in a series of pharmaceuticalsponsored clinical trials using immunization against Abeta42, the reputed culprit, in order to reduce Abeta aggregation, or clear it completely from the brain. Patients with mild to moderate AD were treated with anti-Abeta compounds such as AlzheMed [tramiprosate], flurizan [tarenflurbil], semagacestat, AN-1792, solanezumab, Elan 301 and 302 [bapineuzumab].

Despite virtual clearance of Abeta from the brain or limiting its aggregation, none of the anti-Abeta vaccines used were able to improve cognitive function or slow down the neurodegenerative progress characteristics of AD [3,4]. Some of the treated patients developed adverse effects to the amyloid immunotherapy, the most serious being the development of meningoencephalitis [4,5].

Abeta’s contribution to neuritic plaque development likely plays a secondary role in AD neurodegeneration but studies consistently show it does not correlate with the brain cell, synaptic and metabolic loss, nor to the initiation of cognitive impairment leading to Alzheimer dementia [6-9]. The relentless clinical trial failures pointedly indicate that pharmacotherapeutic elimination of Abeta from the brain does not improve any of the pathologic features that characterize AD.

So,Where Do We Go From Here?

Getting back to the drunk under the lamp-post, common sense dictates that confining the search for the key to any disease process to a single spot, weakens our confidence that good science is being practiced. Consequently, another approach to combat AD is slowly gaining ground. Prevention, rather than a nostrum for sporadic AD, appears as a more realistic strategy to impact the catastrophic consequences of this dementia. Prevention should aim at preserving normal cognitive function as long as possible. The best time to apply preventive measures is during middle age in asymptomatic individuals when early mechanism-based interventions can be most effective. Prevention of AD is possible for 3 reasons. 1) Mounting evidence indicates that AD is a heterogeous disorder evolving mainly in aging people with preventable vascular risk factors (VRF) that are reported to progressively lower cerebral blood flow to a level where mild cognitive impairment and AD appear [10]. 2) VRF such as cardiovascular disorders, hypertension, dyslipidemia, atherosclerosis, diabetes type 2, cerebrovascular disease and others [11], are readily diagnosed, can be treated early and could be clinically monitored for long-term changes. 3) Diagnostic tools that can identify VRF prior to the onset of AD and interventions presently available to limit VRF activity are needed to be assessed in randomized clinical trials to determine their value in preventing cognitive decline. Assuming VRF prevention can lower AD prevalence, medical centers staffed with multi-disciplinary specialists composed of neurologists, psychologists, cardiologists, gerontologists and technical personnel, trained in neurodegenerative, vascular disorders and dementia, should be established to identify and treat when appropriate and follow-up patients are at-risk of developing dementia. This approach would result in a cost-effective measure that should taper the devastating socio-economic calamity that is anticipated will increase from $200 billion in direct costs in 2012 to $1.1 trillion in 2050. More importantly, prevention can dramatically reduce new cases of AD from a present 5.4 million to 16 million people in the US alone during the next 40 years [12]. The time has come to start a plan that will vigorously reduce AD prevalence world-wide or we will all surely pay the colossal medical and economic price for the failure to act. 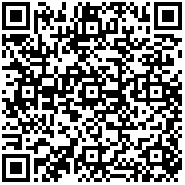