Assessment of Inflammation as an Alzheimer's Disease Predictor

Copyright: © 2012 Reeves VL, et al. This is an open-access article distributed under the terms of the Creative Commons Attribution License, which permits unrestricted use, distribution, and reproduction in any medium, provided the original author and source are credited.

Early detection markers for some diseases are becoming more reliable and prominent in the clinic. When first developed, the early detection markers and screening kits are usually cost prohibitive. As the technology for these tests advances, clinicians can more readily screen patients for diseases with improved accuracy and decreased invasiveness. We have known for decades that increased low-density lipoprotein cholesterol has been a positive predictor of the development of cardiovascular disease [1,2]. In type 2 diabetes (T2DM), A1C protein analysis in the blood has been a positive marker for the progression of the disease [3]. ApoE genotyping has been used to identify individuals at risk of late onset Alzheimer’s disease (AD) with some degree of certainty [4]. Researchers have been able to exploit these early detection markers to improve diagnoses and treatment options. However, in the case of sporadic AD, there are no predictive markers used clinically to improve disease prevention, diagnosis, or treatment options [5]. In recent years, there have been significant advances made in this area, and, as a field, we are moving closer to a workable solution [6]. One predictive marker or set of markers, to consider is the inflammatory state. In fact, recent advances in our understanding of the underlying genetics of AD and neurodegenerative disease may raise awareness that this particular aspect of disease is perhaps underappreciated as a potential diagnostic tool.

Many diseases have inflammatory components that can be exploited as markers for disease progression and/or predictors of disease development. Though T2DM is a systemic disease and AD is a neurological disease, the same principles hold true for diagnostic testing. Researchers could better use inflammation as a marker of AD development and progression. The presence of systemic or neuroinflammation could be used to predict development of disease. Utilizing inflammation as a predictor of AD could improve patient outlook, improve treatment options, and decrease long-term healthcare costs. Many inflammatory markers can be tested in simple blood chemistry panel already used in the clinic. Clinicians and researchers need to know what inflammatory markers would make the best targets for predicting AD development. A recent genome-wide screening study indicated that one inflammation-related gene, TREM2, is positively correlated to increased AD development [7]. TREM2 was most notably associated with a homozygous loss-of-function mutation that resulted in early-onset dementia with bone complications.

AD has known inflammatory components such as increased innate rather than adaptive immune responses, increased microglia activation and motility, and amyloid accumulation that may drive AD pathology [8,9]. The inflammation hypothesis of AD states that innate immune responses such as complement activation, microglia and macrophage activation, and cytokine release, may be involved in the development of neuropathology associated with AD [10,11]. Furthermore, the regulation of neuroinflammation may be reduced due to the brain’s post-mitotic cells poor ability to regenerate and repair after injury. Innate immune responses are not localized to the brain; therefore, clinical testing could be non-invasive and provide rapid diagnosis leading to early treatment options. However, the pre-existing inflammatory state is not currently being utilized as a marker for AD risk or disease progression. Therefore, identifying inflammation targets could improve AD diagnosis and may lead to better treatment options.

TREM2 may be one such target and may open the doors to many more AD predictive markers. TREM2 is a gene that encodes a type 1 receptor that triggers macrophage activation [12]. Homozygous lossof- function variants were found through recent advances in sequencing techniques of genomes and exomes and were associated with the phenotype of frontotemporal dementia [13]. Additionally, several heterozygous mutations were also identified with a positive association to AD. These analyses were performed through exome sequencing, which is not a practical approach towards diagnostic screening. However, the identification of rare mutations raises the possibility that normal variation in the expression of TREM2 and other related genes may play a significant role in the more common sporadic form of the disease. This research shows progress toward identification of inflammation-related markers that could be successful in the future. The influence of TREM2 on the development of AD could indicate that the incorporation of potential mediators of inflammatory state into a predictive biomarker screen is not only a possibility, but may represent a vital component of future AD diagnosis and treatment.

With the recent discovery of new inflammatory markers, screening should encompass innate immune response elements such as increased levels of circulating cytokines, increased macrophage activation, and increased complement activation as well as loss-of-function gene variants. All of these could be screened using not only blood chemistry, but also simple PCR that is becoming more prevalent in diagnostic laboratories. Definite risk factors for AD development, such as inflammation, have been identified and are the targets of new treatment. These studies should not thwart the development of inflammatory markers to diagnosis AD earlier. Early detection of AD has shown to have positive effects in long-term outcomes. Shifting the focus toward earlier diagnosis may improve current treatments and prevent large neuronal loss while leading to earlier onset of treatments as they become available. Researchers in the biomarker field should revisit the inclusion of inflammatory state markers as a means to improve our odds of finding a truly robust test for the early detection of AD. 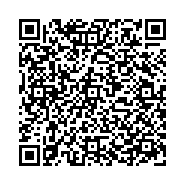