The term “minimal residual disease” refers to the persistence of residual neoplastic cells below the threshold of conventional morphologic detection. Monitoring of MRD plays a critical role in the early detection of impending hematologic relapse of many hematopoietic neoplasms, which allows for timely therapeutic intervention and improved clinical outcome. Chronic Myelogenous Leukemia (CML) is a myeloproliferative neoplasm that originates from an abnormal pluripotent hematopoietic stem cell and is characterized by the presence of t(9;22)(q34;q11.2)/BCR-ABL1 fusion resulting in the Philadelphia chromosome (Ph). The chimeric BCR-ABL1 fusion protein has constitutive tyrosine kinase activity that plays an essential role in CML pathogenesis, and provides the basis for the diagnosis, target therapy and MRD monitoring of CML.

Tyrosine kinase inhibitors (TKI) that target the BCR-ABL1, such as imatinib, nilotinib and dasatinib, are now the standard front-line therapy for CML. However, some patients present with resistant disease or develop secondary resistance usually due to mutations in the ABL1 Kinase Domain (KD). Early detection of TKI resistance is crucial to allow timely implementation of other effective therapies to prevent disease progression and improve clinical outcome. Thus, cytogenetic and molecular analyses to quantify the BCR-ABL1 fusion transcript and to identify ABL1 mutation are critical in the monitoring of CML patients on TKI therapy.

Responses to TKI can be assessed at several levels, i.e., hematologic response (HR), cytogenetic response (CyR) and molecular response (MR). Cytogenetic response is defined as the percentage of Ph+ metaphases by karyotypic analysis, and has been shown to be a major prognostic factor for disease progression and overall survival. It has a sensitivity of 5% and can detect cytogenetic aberrations in addition to Ph. A minimum of 20 metaphases should be examined. Although the role of interphase FISH in CML monitoring after achievement of complete CyR (CCyR) has been controversial, it has been shown that detection of BCR-ABL1 fusion gene in peripheral blood by FISH is correlated with cytogenetic responsiveness. It is more sensitive (sensitivity 0.5%), can detect cryptic translocation, and can be performed on interphase cells making it particularly useful when bone marrow metaphase is not available. It is important to perform karyotypic analysis yearly for assessment of clonal evolution because FISH cannot detect cytogenetic aberrations other than t(9;22).

Molecular response is defined as the ratio of the level of BCR-ABL1 fusion transcript to the level of a reference gene transcript (usually ABL1, BCR, GUSB). Quantitative real-time reverse transcriptase polymerase chain reaction (qRT-PCR, sensitivity 1x10-5) to serially assess the BCR-ABL1 fusion transcript level is now regarded as the “gold standard” for the detection and quantification of MRD, and is the most important factor to monitor after achievement of CCyR and after allogeneic stem cell transplantation. Major (MMR) and complete (CMR) molecular remissions have been associated with more durable cytogenetic responses. qRT-PCR can be performed using either TaqMan or fluorescence resonance energy transfer (FRET) technology. Significant inter- and intra-laboratories variations have been reported, depending on the source of specimen, the quality of RNA, the efficiency of RT and PCR, and the choice of reference gene. Both peripheral blood and bone marrow aspirate can be used, however, it is recommended that the same type of specimen be used during disease monitoring. Efforts have been made to develop a universal standard to allow for interlaboratory comparisons, and as a consequence the first WHO international genetic reference panel for quantification of BCR-ABL1 fusion transcript has been established.

The algorithms for molecular monitoring of CML vary in different laboratories. Most include karyotypic analysis pre-treatment, every 6 months till CCyR, and once a year thereafter for assessment of clonal evolution; FISH analysis pre-treatment and every 6-12 months till CCyR, or when metaphase cells are not available for karyotypic analysis; and qRT-PCR pre-treatment, every 3 months till CCyR, and every 6 months thereafter. Nested RT-PCR (sensitivity 1x10-6) can be used when internal control fails to amplify or an alternate transcript is suspected. A rising level of BCR-ABL1 fusion transcripts mandates more frequent monitoring

ABL1 KD mutation has been reported in 40-90% of TKI-resistant CML. Over 50 different ABL1 point mutations have been described. These mutations are not only associated with resistant disease but also vary in their ability to inhibit TKIs, e.g. T315I confers resistance to all 3 front-line TKIs (imatinib, nilotinib and dasatinib). Thus, not only the presence but also the type of ABL1 mutations may guide treatment decisions. ABL1 mutation analysis is indicated when complete HR not achieved by 3 months, major CyR not achieved by 6 months, CCyR not reached by 12 months, lose of complete HR or CCyR at any point, ≥ 10-fold rise in BCR-ABL1 transcript levels, presentation with TKIresistant disease or accelerated or blast phase. Several methods can be used for the detection of ABL1 KD mutation. Sanger sequencing, despite of its low sensitivity (20%), is still the most commonly used method in the initial screening of ABL1 mutation. Pyrosequencing has a sensitivity of 1-5%, and also allows for assessment of the ratio of mutated to unmutated clones. Allele-specific PCR is much more sensitive (sensitivity 0.01%), but two pairs of primers and/or probes need to be designed for each individual point mutation. Pyrosequencing and allele-specific PCR may be used for monitoring once a mutation has been identified by Sanger sequencing.

Copyright: © 2012 Yin CC, et al. This is an open-access article distributed under the terms of the Creative Commons Attribution License, which permits unrestricted use, distribution, and reproduction in any medium, provided the original author and source are credited. 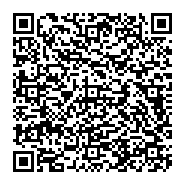