Evolving and Revolving Pathology: from Morphology to Genomics to Epigenomics and Back Again

About one year ago,a group of leaders from major national pathology organizations and other stakeholders gathered at the Banbury Conference Center, Cold Spring Harbor Laboratory, Cold Spring Harbor, New York, to discuss “genome-era pathology and personalized medicine” [24]. At the conference, a national “Call to Action” was proposed to change the nature of the practice of pathology as well as the education of medical students and pathology residents. Pathologists were also urged to take the leadership of personalized medicine in the genome era [21,24]. This call suggests that pathology communities have been lagging behind and slow to advance in biomedical science. If this is indeed the case, how can we explain that pathologists have traditionally been at the forefront of medicine ever since our founding father Rudolf Virchow established microscopic morphology-based pathology 150 years ago? Based on clinical and morphologic findings, pathologists have made diagnoses and directed therapies for patients with various diseases. The pathology community has met its challenges, so why do we need to change now?

The answer is that new genome-wide association analysis (GWA) technologies including next-generation sequencing (NGS) have been developed. These advances enable us to perform whole genome sequencing at a low cost, and within 5 years this can be accomplished for less than $800 as predicted, cheaper than one clinical molecular test currently offered in most clinical centers [15,22]. These technologies offer the pathology community a golden opportunity to provide genetic data and diagnostic information for clinical diagnosis and personalized medical care. However, this is a highly competitive market. The pathology community neither owns these technologies nor the genomic information generated by them. Given this reality, we must ask how the pathology community not only survives, but thrives in the competition,as well as seizes the initiative to capitalize the promise of the GWA technologies, which will generate a large amount of genomic data in individual patients. As we look to the future, will the technologies and the genomic data result in fundamental changes to pathology?

Let’s take a look back 10 years ago. On June 26, 2000, at the celebration of the completion of the first human genome sequencing project, President Clinton said “It will revolutionize the diagnosis, prevention, and treatment of most, if not all, human diseases” [3]. Although huge leaps have been made in term of the collection of large amounts of genomic data and advancements in GWA technologies, a wide gap remains between promise and reality. According to the survey published in Nature 2010, the majority of those involved in basic biology research indicated that their work had been significantly influenced by the human genome sequencing project. In contrast, less than 20% of those in the medical profession had felt a similar impact [2,3,13]. One reason for this low percentageinthe medical field is the unfulfilled expectationssurrounding the implementation of microarray technologies into medicine.

At approximately the same time as the completion of the human project, microarray technology was developed to measure mRNA expression at the genome-wide scale, and System Biology was in its infancy. Encouraged by initially successful trials to use microarray technology to characterize breast cancers and other tumors and to predict their outcomes [6,25], the medical profession had very high expectations for using the genome-wide microarray technology to identify disease-specific mRNA expression signatures and to replace traditional morphology-based diagnoses in pathology. Although microarray-related technologies have revolutionized the traditional approaches in biochemistry and have had a significant impact on biomedical research, their direct impact on the practice of medicine has been rather limited and far short of initial expectations.

What then is needed to maximize the potential of GWA technologies such as NGS and microarrays in medicine? One essential factor is the full-participation of the pathology community. Pathologists should be the leaders of adopting the new technologies and implement them into clinical practice at an affordable cost with short turn-around time. Adopting the new technologies does not mean abandoningthe traditional morphology or common sense in medicine. Instead, pathologists must know the pathologic and clinical findings in individual patients as well as the underlying principles of the WGA technologies together with their limitations. Only then can the treasure trove of genomic data be interpreted properly in a specific clinical setting. While the importance of proper interpretation of genomic data has been addressed, the paramount task is to correct the genetic defects or mutations detected by GWA technologies or even better, to prevent them from happening at all. It is extremely difficult, if not impossible, to correct mutated genes or genetic defects. However, epigenetic modifying drugs may provide a novel way to functionally“correct” defected genes or prevent them from happening.

The word “epigenetics” was coined by Conrad Waddington several decades ago to describe “the interactions of genes with their environment, which bring the phenotype into being”. [7,8,16] The modern term epigenetics describes the study of changes in gene expression and phenotype caused by mechanisms other than changes in the underlying DNA sequence. Epigenomics is used for the study of epigenetic changes on a genome-wide basis [1]. This new perspective of epigenetic changes includes the changes in DNA modifications, histone modifications and RNA mediated gene silencing [14,18,20,26]. All these epigenetic changes can affect microenvironment of genetic loci and modify gene expression, leading to many human diseases, as seen in the leukemia associated with mutated/defected MLL, a histone H3K4 methytransferase encoding gene [23].

Currently, a huge wave of interest in epigenomics is surging becauseof its important role in the pathogenesis of human diseases and, more importantly,its potential for targeting therapies. Unlike genetic alterations, epigenetic changes are potentially reversible. Epigenetic targeting drugs such as histone deacetylases inhibitors (HDCI), DNA methytransferase (DNMTI) or histone methyltransferases (HMTI) can by-pass defect or mutated genes to reactivate the down-stream genes. The most successful of these therapies/drugs is all-trans retinoic acid (ATRA), a well-known histone deacetylases inhibitor, which is used to treat acute promyelocytic leukemia (APL) [12,19]. Epigenetic therapies have been shown to be effective in some patients with myelodysplastic syndrome (MDS), a previously untreatable disease [10,17]. More new drugs targeting specific epigenetic components will be available in coming years. As expected, new genome-wide technologies to detect epigenetic alterations and monitor the therapeutic effect of epigenetic drugs will be in high demand.

What technologies are used in the studies of epigenomics? Three types of the GWA technologies currently available for studying genome-wide epigenetic alterations include bisulphite conversionbased, restriction enzyme-based and affinity-based technologies [4,5,25]. Among these, bisulphite conversion of DNA followed by PCR and sequencing is currently the gold standard of DNA methylation analysis. For genome-wide analysis of histone modifications, chromatin immunoprecipitation assay coupled with microarrays or sequencing (ChIP-on-chip or ChIP-seq) is the primary methodology [11]. One must remember that DNA and histone modifications, as well as epigenetic complexes, are dynamic. They are relatively stable, but not static, and can be altered by not only the cellular processes, but also the environment. It is much more difficult to detect diseasecausing epigenetic alterations than gene mutations, analogy to “hit and run” phenomenon, i.e. it is easy to study the accident scene (genetic defects or morphologic changes), but far more challenging to catch the initial culprit (epigenetic changes), especially if clinical samples are inappropriately prepared for genome-wide epigenetic analyses.As technology advances, a large number of genetic and epigenetic alterations will be detected. Bear in mind that the genome and epigenome are not linear, but a multi-dimensional system that interacts with many cellular complexes and is affected by both cellular processes and environmental factors. Given the complexity of the cellular environment of the human body and the heterogenetic nature of cancers as well as other human diseases, it is very difficult to separate disease-causing changes (drivers) from non-associated changes (passengers or innocent by-standers). A full understanding of the principles and the limitations of GWA technologies, as well as the pathophysiological aspects of specific disease,is necessary for the design and implementation of GWA technologies into clinical settings, as well as appropriate interpretation of genomic data. This is precisely where pathologists fit into the new generation of GWA technologies and genomic and epigenomic medicine. As such, pathology is the interface and pathologists should orchestrate the use of advanced technologies and the interpretation of individualized clinical data, leading to effective personalized therapies.

What might be the next wave to follow epigenomics?To answer this question, we have to go back 150 years to see how Rudolf Virchow revolutionized medicine. Virchow implemented microscopy, the most advanced technology at that time, into the study of disease-related phenomena. Microscopic morphology is a small version of so-called “phenomics,” which has been defined as “the acquisition of highdimensional phenotypic data on an organism-wide scale” [9]. In the specific context of human diseases and medicine, future pathology must involve multi-dimensional computational analysis of morphological, immunohistochemical, genomic and epigenomic data in a diseasespecific manner. As we embrace the origin of modern pathology as well as the emerging concept of “phenomics”, pathonomics may indeed be a better description of our work in the foreseeable future [27].

I want to thank Ms. Christine A. Feak for reviewing and editing the manuscript.

Copyright: © 2011 Cheng J. This is an open-access article distributed under the terms of the Creative Commons Attribution License, which permits unrestricted use, distribution, and reproduction in any medium, provided the original author and source are credited. 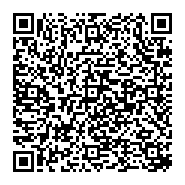