Copyright: © 2012 Avila J, et al. This is an open-access article distributed under the terms of the Creative Commons Attribution License, which permits unrestricted use, distribution, and reproduction in any medium, provided the original author and source are credited.

The most outstanding histopathological hallmarks of Alzheimer disease (AD) are the senile plaques (main component is the Beta Amyloid (Aβ) peptide) and the neurofibrillary tangles (composed of tau protein, mainly in its phosphorylated form) [1]. One of the earliest and more prominent clinical symptoms of the disease is episodic memory impairment. Several studies have attempted to correlate the presence of plaques and/or tangles with the cognitive decline, trying to correlate Aβ, tau protein and cognitive performance [2].

Several molecular pathways may link Aβ and tau (Lei et al. [3]). One of the most relevant reasons for the progression of the disease involves the action of Glycogen synthase kinase 3β (GSK-3β), also known as tau kinase 1 [4]. GSK-3β is one of the most important kinases phosphorylating Tau protein, triggering cytoskeleton destabilization, tau aggregation and neuronal death. It has been described that Aβ peptide (probably in its oligomeric form) can act as insulin [5], N-Methyl-D-aspartic acid (NMDA) or Wnt [6] receptor antagonist. As a consequence of the interaction between Aβ and the aforementioned receptors, GSK3β activity is increased. This increase may augment the level of tau phosphorylation, as previously reported in a transgenic mouse overexpressing GSK-3β [7]. In this animal model, severe hippocampal-dependent learning deficits can be observed [8], suggesting a dramatic hippocampal dentate gyrus damage in these mice. It remains unclear to what extent tau phosphorylation is responsible for the hippocampal alterations produced by GSK-3β overexpression. Although a neurotoxic role of hyperphosphorylated tau has been demonstrated [9], tau-independent effects derived from GSK-3β overexpression cannot be ruled out.

One of the most outstanding features of nervous tissue is the maintenance of plastic capabilities during the whole life. One of the most drastic types of plasticity is the addition of new cellular elements to a pre-existing synaptic network. This unique form of well-known plasticity takes place only in two regions of adult brain: the subventricular zone of the lateral ventricles and the hippocampal dentate gyrus (DG), being the DG the most important neurogenic area in humans. The addition of newborn neurons to the dentate gyrus is known as adult hippocampal neurogenesis (AHN). In this process, newborn granule neurons are believed to play specific roles that differ to those exerted by surrounding mature neurons. These functions are based on special electrophysiological properties such as a lower activation threshold. Growing evidence indicates that newborn neurons are crucial for hippocampal functioning not only when they mature but also during a transient period in which they are young and excitable [10]. Importantly, alterations in AHN are found in various animal models of neurodegenerative diseases and also in human patients of AD [11]. It is known that neuronal precursors proliferate and differentiate into mature granule neurons going through different maturation stages in the hippocampal DG [12]. An important issue is whether all the steps of the AHN process are equally affected in AD or not. In fact, a tremendous divergence emerges when comparing different animal models of AD. AHN alterations range from drastic increases in proliferation and survival rates to a complete depletion of neuronal precursors [13]. Currently there is no consensus because the complete maturational process has rarely been studied, and all these data need to be clarified. Several kinases and growth factors are known to regulate the AHN rate, glycogen synthase kinase 3β (GSK-3β) being one of the most important. In fact, preliminary studies suggested some defects in neurogenesis in the transgenic mouse overexpressing GSK3 [14,15]. However, current investigations are focused on finding the most sensitive subpopulations of neuronal precursors to the damage produced by toxic aggregates and by excess activity of GSK-3β.

During the progression of the disease, an increasing loss of plasticity can be observed in AD patients [16]. This lack of plasticity can be observed at different levels, ranging from dendritic spines loss and neuronal morphological alterations, to dramatic episodic memory impairment. However, certain reversibility seems to exist during the first steps of the disease [17]. Accordingly, it has been demonstrated that, at least in young animals, hippocampal alterations can be reverted by turning GSK-3β expression to normal levels [18]. This phenomenon suggests the existence of plastic mechanisms aimed to counteract the hippocampal damage. It remains unclear whether neuroprotective strategies aimed to counteract plasticity loss could also be useful for the treatment of the disease, once the neuronal damage has taken place. However, increasing AHN levels is an open gate to hope for the treatment and prevention of a huge amount of neurodegenerative diseases featured by hippocampal neuron loss and hippocampaldependent learning impairment. 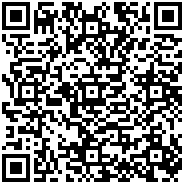