Introduction to the Special Issue on Mechanisms of Aging and Longevity

Copyright: © 2012 Lombard DB. This is an open-access article distributed under the terms of the Creative Commons Attribution License, which permits unrestricted use, distribution, and reproduction in any medium, provided the original author and source are credited.

Why do we age? Is it possible to extend human lifespan? These are central questions that have fascinated humanity since the dawn of recorded history. Only in the modern era, however, has science begun to address these issues in a systematic way. The first experimental hints that lifespan was subject to external influence came from studies in Drosophila melanogaster [1], then subsequently in rats [2], during which it was observed that reduced dietary intake led to increased longevity. Over the past few decades, there has been an explosion of research into the biology of aging. We now know that dietary restriction without malnutrition (DR) potently extends lifespan in the great majority of species in which it has been tested [3]. Importantly, DR in mammals not only extends longevity, but also improves overall health, delaying or preventing many age-associated diseases. Mutations that increase longevity have also been identified in many organisms. Key pathways that regulate lifespan -- some in an evolutionarily conserved manner -- have been elucidated [4]. Certain pathways with major conserved effects on longevity, such as TOR, AMPK, and insulin/IGFlike signaling, function as nutrient sensors, and may mediate aspects of the response to DR. Robust extension of mammalian lifespan by orally active small molecules has even been achieved (e.g. [5]). Thus, these are truly heady times for aging research. Since aging itself is the major risk factor for many degenerative diseases, which cause untold suffering and consume the majority of healthcare expenditures, it is likely that insights gleaned from studies into the biology of aging will eventually have major positive impacts on human health and society.

This special issue of JCEP provides in-depth reviews of several “hot topics” of great current interest in aging research. This issue is not meant to be a comprehensive presentation of modern aging biology; rather it contains reviews covering selected topics in great depth. A major thrust of longevity research has been to identify the causal agent of age-related damage. One popular theory posits that oxidative injury is a major culprit in age-related alterations to cellular macromolecules, such as DNA, lipids, and long-lived proteins. Because mitochondria generate the bulk of cellular oxidants, this theory has been termed the mitochondrial theory of aging [6]. Two reviews in this issue of JCEP focus on the modern understanding of relationships between mitochondria, oxidative stress, and longevity. Brown, Liu and Chen review the large amount of evidence in the literature suggesting that a decline in mitochondrial function contributes to the degenerative manifestations of aging. They review several potential means of “reinvigorating” mitochondria in elderly individuals as a potential prolongevity intervention. Hamilton, Walsh, and Van Remmen review the literature testing links between oxidative stress and aging, primarily focusing on studies performed in genetically engineered mouse models. They conclude that there is little current evidence supporting a link between oxidative stress and lifespan per se in mammals. However, there is very solid support behind the hypothesis that efficient response to oxidative insult is key for maintaining health and preventing agerelated disease. There is growing realization too, however, that this response must be carefully modulated, since oxidant species also serve key signaling functions in the cell [7].

Apoptosis is a process of programmed cell death that plays key roles in development and tissue homeostasis throughout life. The review by Cooper discusses emerging evidence suggesting that apoptosis is dysregulated with advancing age, contributing to such pathologies as neurodegeneration, immune dysfunction, heart disease, decreased skeletal muscle mass, and joint disease. Thus, apoptosis may represent an example of antagonistic pleiotropy – a physiologic process that is beneficial early in life, but one that subsequently contributes to age-associated decline later [8]. Conversely, reduced apoptosis at specific anatomic sites (cf. colonic epithelium) may predispose aging individuals to neoplasia. The review highlights current mechanistic understanding of how apoptosis is dysregulated with age, suggesting potential targets of eventual therapeutic intervention.

The other articles in this issue review specific pro-longevity pathways and interventions. Autophagy is a set of processes by which cells degrade and recycle their constituents in lysosomes. Autophagy plays a major role in ridding the cell of defective structures, such as dysfunctional mitochondria. Gelino and Hansen review emerging connections between autophagic function and longevity. From work in model organisms, it has become increasingly clear that autophagic function is regulated by signaling pathways implicated in longevity, such as TOR, and is required for most lifespan-extending interventions to have their effect. Although the relationship between autophagy and longevity is difficult to test directly in mammals, recent data suggest that the function of one particular autophagy pathway, chaperonemediated autophagy, declines with age [9]. Moreover, rescue of this effect in transgenic mice improves hepatic function in aging liver [10]. Gelino and Hansen also review data linking alterations in autophagy to key diseases of aging, such as neurodegeneration and cancer. Clearly, further studies testing the relationship between autophagy and aging in mammals are warranted, using genetically engineered mouse models with tissue-specific and temporally inducible lesions in autophagy pathways to circumvent developmental effects.

As mentioned above, DR extends longevity in a wide variety of organisms. Mechanisms by which DR increases lifespan are the subject of active investigation in many laboratories. The review by Hine and Mitchell discusses the effects of DR as an example of the more general phenomenon of hormesis. This is the concept that a low-level stress, such as DR, might induce resistance to other, higher-level stressors, such as those occurring during aging, thereby extending lifespan. Hine and Mitchell review this concept in the context of a model whereby DR, or small molecules mimicking DR, induces a transient increase in Reactive Oxygen Spicies (ROS), which in turn potentiates cellular defense mechanisms to promote longevity. One key player in this response is the NRF2 protein, which regulates expression of many genes involved in redox regulation and detoxification. Indeed, it has been shown that NRF2 is required for the anti-neoplastic effects of DR, though not its overall pro-longevity outcome [11].

Finally, the dream of many biogerontology researchers is the identification of small molecules that promote human health, and perhaps even extend lifespan. Much of this research is directed at developing therapeutics that induce a DR-like state. In their review, Lamming, Sabatini, and Baur discuss progress towards this goal. One such molecule, rapamycin, an inhibitor of TOR signaling, has already been shown to increase lifespan in a variety of organisms, including most recently, mice [5]. Lamming and colleagues also review data regarding two other agents, resveratrol and metformin, that have beneficial effects under some dietary conditions and/or in particular mouse genetic backgrounds. Such work will undoubtedly provide new mechanistic insights into mammalian aging, and potentially yield great benefits for human health.

The field of aging biology is truly at a transformative juncture, with the ongoing identification and mechanistic characterization of genes, pathways, and small molecules that promote longevity. Aging is now far from being a “black box”; indeed we now understand a great deal about environmental and molecular influences on lifespan. It is our sincere wish that the reader finds this special issue of JCEP a useful introduction to the dynamic world of aging biology.

Dr. Scott Pletcher is acknowledged for helpful comments. Work in the author’s laboratory is supported by NIH (1R01GM101171) and the Ellison Medical Foundation (AG-NS-0583-09). 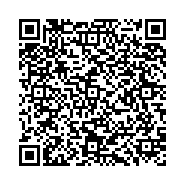