Is Alzheimer's Disease at Least Partly a Ciliopathy?

Copyright: © 2011 Armato U, et al. This is an open-access article distributed under the terms of the Creative Commons Attribution License, which permits unrestricted use, distribution, and reproduction in any medium, provided the original author and source are credited.

In the last few years, two events have happened that could profoundly influence our understanding of Alzheimer's disease (AD) that scourge of elderly brains that begins in young brains where it spreads stealthily along characteristic pathways until years later when it clinically surfaces with a shrinking hippocampus and a frighteningly failing memory. The first is the discovery that the hippocampal dentate gyrus (DGy) granule cells (GCs), which initiate the encoding of novel memories, are continuously generated throughout life; and the second discovery is that this 'adult neurogenesis' and memory formation is driven by signals from the DGy precursor GCs' tiny non-motile primary cilia [1]. It follows from this that silencing the dentate GCs' cilia signaling would stop new memory formation. And if this should happen in the AD brain, then AD would at least partly be a "ciliopathy", a name recently coined for several diseases caused by impaired cilial functions.

Two important AD targets are the hubs of the memory-encoding machinery, the entorhinal cortex (EC) and the DGy. The latter is the gateway to the memory-encoding hippocampus proper. Data from various sensory regions are collected by the pyramidal neurons of the EC and sent via the perforant pathway from the EC to the DGy, which is a very unusual part of the brain [2]. DGy generates GCs throughout life in its subgranular zone (SGZ), which is one of the two neurogenic sites (the olfactorily directed subventricular zone [SVZ] is the other) in adult rodent and human brains [3-5]. This adult neurogenesis provides newborn "blank-state" (i.e., at first spineless) GCs that can form new sets of distal spines and establish new synapses with EC axons [6]. These new neurons have low-threshold long-term potentiation (LTP) responsiveness and, because they lack the Ca2+-binding calbindin, they have an enhanced Ca2+- driven release of vesicular glutamate at their synapses with CA3 pyramidal cells [9]. Thus, younger GCs are the principal receivers and processors of new data carried by EC axons that otherwise could not easily access the longermatured GCs with their heavy synaptic load. These young GCs then send streams of the novel "orthogonalized" data along their mossy axons to be folded into coherent memories by the recurrent collaterals of the CA3 pyramidal neurons, which then send the encoded "memories" on to the pyramidal neurons of CA1 region for postprocessing [2]. But a GC's youthful excitability and taste for novelty soon fade as it acquires calbindin to restrain the Ca2+-driven glutamate release and a committed synaptic matrix loaded with "neural cement". So now equipped to receive and more slowly transmit old data, it retires from the youth corps and is replaced by a newly formed GC not yet loaded with committed spines and synapses [1,4,5-8]. Thus, the adult brain is kept ready with newborn GCs to register novelty without interfering with the past, and the DGy has armed itself with a remarkable device, the primary cilium, to help do this. Each GC, at least in roden brains, has a non-motile primary cilium consisting of a spine (axoneme) of microtubule doublets wrapped in a plasma membrane loaded with p75NTR (p75 neurotrophin receptor) and SSTR3 (somatostatin receptor 3) connected to signaling machineries packed into the tight confines of the GCs' primary cilia along with the Sonic Hedgehog machinery [9-15]. Signals from these cilia drive neurogenesis, maturation, and memory encoding [11,13]. Neurotrophin (e.g., BDNF)-induced p75NTR signaling from the primary cilia drives the proliferation of GC precursors, as preventing this signaling severely reduces neurogenesis [16,17]. SST (somatostatin)-induced signaling from the cilial SSTR3 receptors acts later in the DGy GC cell life cycle to drive the newborn GCs' participation in memory formation [15,18].

But how might the DGy GCs' primary cilia be involved in the cognitive decline in the AD brain? A model of possibilities is presented in Figure 1. It appears that the accumulating toxic Aβ1-42 oligomers in AD brains at first stimulate the proliferation of GC progenitors until the oligomers are locked away in fibrillar plaques, but the newly formed neuroblasts cannot mature or ultimately survive [5,19,20]. The increased progenitor GC proliferation could be caused by the accumulating Aβ1- 42 oligomers' neurotrophin-like stimulation of cilial p75NTR [21-25] (Figure 1). But the failure of the newborn neurons to mature and the resulting GC layer shrinkage and memory failure is likely, at least partly, due to the characteristic decline of SST in AD and with it of the cilial SSTR3 signaling needed for memory encoding [11,26] (Figure 1). A suggestion of cilial involvement in AD memory loss is the striking shortening of DGy GC primary cilia that accompanies the severely reduced DGy neurogenesis in AD-transgenic mice accumulating both Aβ1-42 and tau (as in human AD brains), but not in mice accumulating only Aβ1-42 [27,28]. And similar hippocampal dysgenesis and cognitive deficit in humans and model AD mice are also parts of the Bardet-Biedl syndrome (BBS), a known ciliopathy that is due to cilial failure resulting from the inability to load key structural parts and signallers such as the SSTR3 into the cilia by mutant BBS protein complexes [29-32].

The possibility of primary cilium damage being responsible of the crippling decline of memory formation in AD demands that we must find out whether human DGy GCs cells are ciliated like their rodent counterparts, and whether these cilia are indeed damaged in AD. If so, then we will know that in a major part of the cases AD is a ciliopathy. Figure 1: A schematic of the role of cilial p75NTR and SSTR3 receptors in dentate gyrus (DGy) neurogenesis. Both these receptors and their activating ligands drive the proliferation and maturation of murine DGy granule cells (GCs). In fact, BDNF, NGF, and Aβ1-42 can all activate p75NTR, the signals from which in progenitor GCs trigger the generation of transit amplifying (TA) precursor GCs. Stimulation of immature postmitotic GCs by signals from non cilial BDNF-TrkB co-receptor complexes [33] and SSTR3s direct the maturation, migration, and incorporation of these cells into the functional GC layer. While the available evidence suggests that Aβ1-42 alone would stimulate precursor GCs to proliferate via p75NTR signaling [5,19,20], in Alzheimer’s disease (AD) the accumulating Aβ1-42 oligomers-hyperphosphorylated tau combination would disorganize and/or disassemble the microtubule structures (MS) [27,28] and prevent the MS and normal holo-BBS complexes from transporting essential components, such as the SSTR3 receptors, into the primary cilia, thereby inhibiting adult neurogenesis and memory formation [9,11,34-36]. Color codes: pink, GC; light yellow, primary cilium; blue arrows, sequential stages of GC functional maturation; black arrows, receptors signaling effects; red arrow, combination of Aβ1-42 and tau in AD. 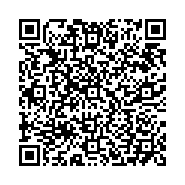