Copyright: © 2012 Hori K, et al. This is an open-access article distributed under the terms of the Creative Commons Attribution License, which permits unrestricted use, distribution, and reproduction in any medium, provided the original author and source are credited.

We already reported that anticholinergic activity (AA) can occur endogenously in patients with Alzheimer’s disease (AD) at moderate stage. Since there is a possibility that AA might accelerate the pathologic changes of AD (amyloid plaques and tau protein), it is important to establish treatment for abolishing AA. We report a 76-year-old man with Alzheimer’s disease (AD) at moderate stage, whose serum anticholinergic activity (SAA) was positive when his memory disturbance, disorientation, apathy and aphasia were worsened. His SAA disappeared after 3 months of treatment with memantine, antidementia agent with N-methyl-D-aspartate (NMDA) receptor antagonist. At the same time his apathy and aphasia were ameliorated. We speculated that down-regulation of acetylcholine (ACh) caused the appearance of clinical symptoms and the hyperactivity of NMDA at moderate stage, that the hyperactivity of NMDA caused the up-regulation of inflammation, which caused AA and that the suppressions not only of the clinical symptoms and but also of the inflammation were thought to be caused by the down-regulation of NMDA receptor by memantine, which caused the ameliorations of some kinds of clinical symptoms and the disappearance of AA. We considered our patient supported previous hypothesis that AA is generated endogenously in AD, SAA was a biological marker for rapid progression of AD and memantine abolished AA in AD in moderate stage.

We already reported that anticholinergic activity (AA) can occur endogenously in patients with Alzheimer’s Disease (AD) [1]. Since there is a possibility that AA might accelerate the pathologic changes of AD (amyloid plaques and tau protein) [2], it is important to establish treatment for abolishing AA. We also reported that down-regulation of acetylcholine (ACh) production leads to an increase of inflammation and an appearance of AA by means of up-regulation of N-methyl-Daspartate (NMDA), and that Serum Anticholinergic Activity (SAA) might be a biological marker of rapid progress of AD [3]. Therefore we considered that memantine, an antidementia agent, using the mechanism of antagonizing the NMDA receptor, abolished AA in AD patients at moderate stage.

The patient was a 76-year-old man who presented to the memory clinic of our hospital (X year Y month). He had started to become forgetful 2 years earlier. He showed visual-spatial agnosia (not knowing a place of a lavatory), visual hallucination (water leaks from a lavatory), disorientation of time (not understanding when it was in a day) from X-1 year, and then immediate memory disturbance was worsened and apathy appeared in X year. He has visited our hospital. The atrophy of frontal and temporal lobes and the mild enlargement of lateral ventricle were detected by CT. With a diagnosis of AD, he was prescribed with donepezil 5 mg. After a treatment start, visual hallucinations were ameliorated and his memory disturbance, disorientation and apathy were not worsening for 2 Years. In X+2 years additional cares were necessary for bathing, and urinary incontinence became outstanding. He became more apathic and spoke meaninglessly. He was prescribed with more 5 mg donepezil and fluvoxamine. However, these medications were called off because of tremor and gait disturbances. The scores of mini-mental state examination (MMSE) were 24 in X year, 26 in X+1 years, 24 and 20 in X+2 years, 17 in X+3 years and 11 in X+4 years, respectively. CT has showed the progression of brain atrophy since X+2 years. At the same time his MMSE scores of memory disturbance (registration and recall) and disorientation (time and place) were worsening in X+2, X+3 and X+4 years. Moreover, he became more apathic in X+3 and X+4 years and aphasia in X+4 years. He needed care for bathing and toileting. Therefore we judged he has progressed to moderate stage of AD and added memantine. After the prescription of added memantine, his apathy was improved and he could speak meaningful conversations again. In addition, the change of SAA was 2.38 nM on the X+4 years, but became under detectable level 3 months later. There was no medication other than psychotropic ones being prescribed for him and his physical state was not changed during this period. Figure 1 shows the time course of clinical symptoms and signs of this patient.

Since 2 years, his cognitive function has more rapidly declined than before and his ADLs were also declined and needed cares for bathing in X+4 years, we considered that the stage of AD in this patient was at moderate stage when we prescribed memantine. CT findings supported our diagnosis. We should consider Lewy Body Disease (LBD) [4] because he showed the visual hallucination and fragility of psychotropic medications. However, even in this case we consider that LBD is related with AA from the clinical symptoms, signs and features in LBD [5] and AA causes adverse effects on various neuropsychiatric disorders including LBD. Therefore in this disorder we should abolish AA. Moreover, when we prescribed memantine, not visual hallucination but memory disturbances, disorientation, apathic and aphasia were worsened. Since these features are characteristic of AD [6], we considered that main pathology of this patient was AD at least when we added memantine. However, because of fragility of psychotic mecications, we should keep LBD in mind as his diagnosis.

The origin of SAA in this patient is unknown. SAA (AA) was once thought to be mainly induced by prescription medications, especially medications with high AA, and by polypharmacy [7]. In our patient, AA was not caused by medications, because his medications were not changed during this period. Recently, it has been suggested that AA might appear not only with exogenous manner, but also with an endogenous manner and AA appeared by means of inflammation [8] and mental stress [9]. We reported a positive relationship between SAA and clinical symptoms of AD patients [1,2]. Among 76 AD patients, 26 AD patients were positive for SAA [SAA (+)], the mean SAA value in the SAA (+) group was 4.14 ± 2.70 nM and the remaining 50 patients were negative [SAA (-)]. The SAA (+) group showed a significantly higher numbers of prescribed psychotrophic medications, significantly lower cognitive functions, and significantly more severe behavioral symptoms such as delusions, hallucinations and diurnal rhythm disturbances. Moreover, SAA (+) group showed significantly severe dementia stage. The logistic regression analysis revealed that there were significant correlations between SAA, delusion and diurnal rhythm disturbances. We considered that AA was caused by psychotrophic medications and caused behavioral symptoms. Moreover, we considered that because in general we prescribe psychotropic medicines for the clinical psychiatric symptoms of agitation and psychosis in AD. There might be the cyclic relationships among these three factors. We termed this vicious cycle “vicious cycle of AA in AD (VCAA)” and that there might be endogenous AA. We reviewed that the down-regulation of ACh caused not only cognitive dysfunction, especially memory disturbances, but also the down-regulation of anti-inflammatory pathway, which caused the up-regulation of inflammation, and that hyperactivity of inflammation generated AA by way of the hyperactivity of the NMDA receptors [3]. Therefore, the characteristic feature of AD is the downregulation of ACh [10]. When the level of ACh becomes substantial, i.e. at moderate stage, ACh generates endogenous manner in AD, which causes the rapid progression of cognitive decline at moderate stage in AD. We refer this “Alzheimer’s disease is progress by the mechanism of its own” [3]. Moreover, we proposed a possibility that the SAA value was a useful marker if the deterioration of AD pathology was rapidly progressed at the moderate stage and that if SAA was positive, this would suggest the rapid progression of AD and memantine, an open channel uncompetitive NMDA receptor antagonist [11], should be used for SAA positive AD patients to inhibit hyperactive NMDA receptor system. Therefore, it should be considered that when SAA is detected in AD, it’s time to prescribe memantine. 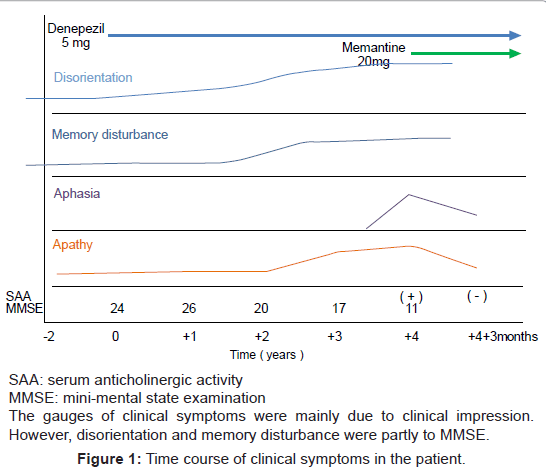 Figure 1: Time course of clinical symptoms in the patient.

In our patient, apathy and aphasia were ameliorated. At the same time his MMSE scores of memory disturbance (registration and recall) and disorientation (time and place) were worsening in X+2, X+3 and X+4 years. Moreover, he became more apathic in X+3 and X+4 years and aphasia in X+4 years. There are reports showing that memory disturbance, disorientations, apathy and aphasia are related with AD pathology, i.e. the down-regulations of ACh [6,12]. Therefore, we considered that his clinical symptoms were gradually progressive until X+2 years and rapidly since X+3 years. We also considered the rapid progression of clinical symptoms was related with AA and if we had measured in X+3 years, perhaps SAA had been positive. Moreover, it is reported that memantine plus donepezil induced more amounts of ACh than those expected by memantine alone plus those by donepezil alone [13]. Therefore, we consider that in our patient enough ACh was induced by memantine, which could suppress not only clinical symptoms (apathy and aphasia) but also inflammation by means of upregulation of anti-inflammatory pathway, by means of the up-regulation of ACh and the down-regulation of NMDA receptor. The suppression of inflammation leads to abolishment of AA [3,8]. This case supports our hypothesis. We speculated that the deficiency of ACh was related to the effects of memantine.

However, the measurement of SAA is expensive and by way of radioimmunoassay, needs the special institute. Therefore, we should speculate the positiveness of SAA or AA through the relationships between positive SAA and the clinical features. First, when the rate of decline of cognition became rapid than earlier, especially memory disturbance, disorientation, apathy and aphasia, we should consider that the SAA in this patient is positive [2]. Second, when the behavioral and psychological symptoms of dementia (BPSD) such as delusion, hallucination and diurnal rhythm disturbance appear [3], third, when urinal obstruction, constipation or blurry vision appears in AD patient [14], we should consider that SAA in this patient is positive. Especially, BPSD are important because, the central cholinergic deficiency is characterized by neuropsychiatric symptoms rather than by cognitive dysfunctions [15,16].

Our report is only one case report. We observed only for a short duration and we evaluated only the cognitive function using MMSE, brain structure using CT and AA burden using SAA quantitatively. We evaluated other clinical symptoms such as apathy and aphasia qualitatively, i.e. clinical impression. Therefore we should conduct the long-term observation of the disappearances of SAA by memantine with large samples. We are now studying the longitudinal changes of SAA in patients with AD. In this study we also investigate the effects of antidementia agents (especially memantine) on the abolishment of AA in AD.

We showed the possibility that memantine abolished AA in the patient with AD at moderate stage using the case presentation. We should conduct the long term observation of the disappearances of SAA by memantine with large samples.