100% Credit to the Egyptian Pyramid Builders

Today, amazing conclusion of highly educated experts around the world is, “…those pea-brain Egyptian Pyramid Building engineers of 6,000 years ago didn’t have the common sense nor the technical ability to plan and build the Pyramids so obviously, they had to use anti-gravity materials, hovercraft and laser beams offered by those Outer Space Aliens.” What follows is a common-sense, safe, and fun method to achieve the planning and building of a humongous, largest Pyramid in the world by lots of average Egyptian guys, while their families enjoy being involved in the carnival like atmosphere (Figure 1). The Khufu Pyramid at Giza could have been easily built when the blocks are lifted up to the various levels, and moved along the slightly sloped floor, and put into place using 5 feet long wood rollers and 3 men per block (Figure 2). Figure 2: The following “to scale” sketch illustrates the Vertical, Counter- Weight Elevators shown as simple, easy to use, and safe.

The Inclined, Counter-Weight Elevators are identical in concept. At each elevator is a continuous line of men, women & children walking up the Pyramid single file to get aboard the “down” platform to enjoy their miracle of flight.

Unfortunately there are no records of how the Pyramids were built, or how long they took to build, or why Pyramids were built in the first place. Those experts say the construction had to be helped by outer space aliens, ramps, antigravity, and the like.

Illustrated here, thecommon sense planning and construction would be in four phases;

Phase 2: Lifting and placing rectangular stone blocks up to level 206 while the tomb is simultaneously being constructed.

Phase 3: Lifting and placing the exterior, triangular stone blocks as the outer skin of the Pyramid.

Phase 4: Lifting and storing blocks at level 206 to finish the top level 210 and sealing the entire 13 foot wide Access Alley.

Below is the beginning of Phase 3 of construction to start lifting triangular stone blocks with the Incline Counter-Weight Elevator rolling up and down the completed 12 foot wide slide, the first section of the finished exterior surface (purple).

This isometric “to scale” sketch also shows ventilation tunnels, and the start of blocking up the 13 foot wide Access Alley (yellow) after Khufu’s tomb construction is completed (Figure 3). 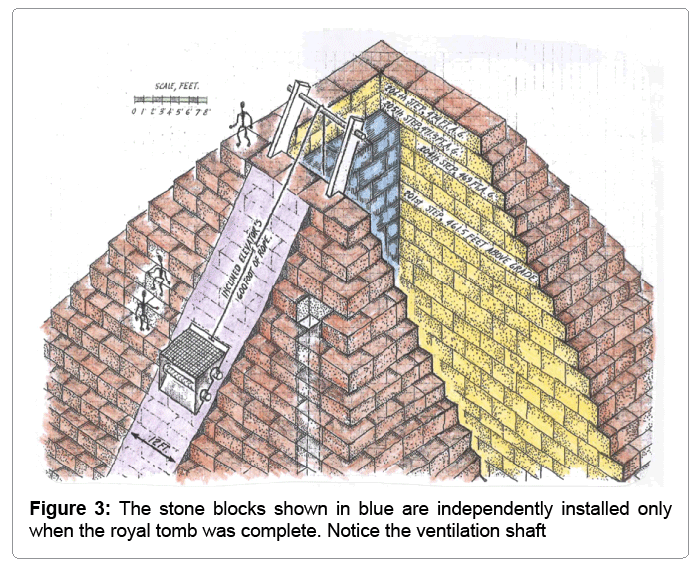 Figure 3: The stone blocks shown in blue are independently installed only when the royal tomb was complete. Notice the ventilation shaft

Why were no dead bodies placed in the Khufu Pyramid or any other above ground Pyramid?

The evidence say grave robbers did not remove any dead bodies from “above ground” pyramids (Figure 4). 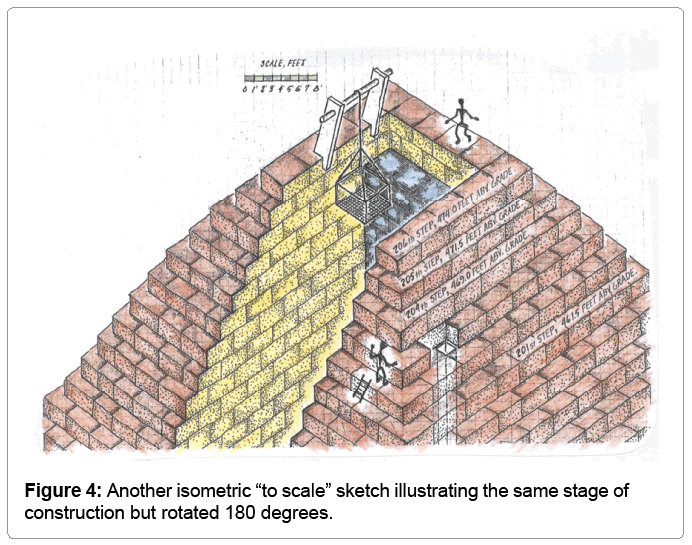 Figure 4: Another isometric “to scale” sketch illustrating the same stage of construction but rotated 180 degrees.

Khufu had the Pyramid construction started while the Pharaoh was still alive, however the construction period last so long that by completion of the work, Mr. Khufu was dead. Apparently he was not considered such an important person after all and therefore not entitled to this great Pyramid.

No other Egyptian dignitaryat that time wanted to be entombed there because it wasn’t their creation. So, seal it up and enjoy the view.

On the other hand, all sealed tombs in the Valley of the Kings contained a dead body because each tomb could be done in 10 years prior to that Pharaoh’s death.

Experts guess the Khufu Pyramid construction period took between 10 to 20 years. Unfortunately there are no blue prints, records or clues. To build this Pyramid with 2,500,000 stone blocks, 481 feet tall cannot be built in less than 37 years, working 7 days per week, and 24 hours perday, all year round (Figure 5). The 13 foot wide Access Alley through the center of the Pyramid was used for Vertical, Counter-Weight Elevators so as to lift the blocks to the designated upper levels.

Once the work achieves level 206, it becomes time to install the triangular blocks for the exterior finished surface. These triangular, surface blocks are lifted up to level 206 using the Inclined, Counter-Weight Elevators.

The initial placement of the triangular, surface blocks is to provide a permanent exterior sloped surface (purple) path, 12 foot wide, all the way down to level 2.

Why is the Khufu Pyramid the only Pyramid built with 8 sides? It was discovered in 1940 by an aerial reconnaissance plane photographing this part of Egypt that Khufu’s Pyramid was 8 sided. The side shadows are only revealed from the sky. A big surprise.

The decision by Mr. Khufu of an 8 sided Pyramid was well intended but unnecessary. It caused extra construction time with no benefit (Figure 6). Figure 6: For construction’s Phase 1, a perfect foundation grade was prepared to have a 0.5% slope (1/16” per linear foot), sloped down towards the perimeter. This allowed all levels to have the slight slope so the limestone building blocks could be easily rolled in place with wooden rollers. Each wood roller is 5 foot long. The Pyramid has 210 levels.

It is important to have a sloped base and sloped levels (floors) to easily, safely and accurately, manually move the blocks into place. The preparation of the grade is tricky to install on conventional 4 side Pyramids and takes no less than 4 months to complete. But for an 8 sided Pyramid it would take at least a year to finish and perfect.

Both style Pyramids required the same 10,050 cubic yards of fill dirt, +/- 2%. Khufu probably thought that such a large 4 sided Pyramid base could not be sloped at 0.5% so sectionalizing the base requiring complicated grading. But a piece-of-cake for our esteem Egyptian Pyramid Builders.

Copyright: ©2014 MacFerran E. This is an open-access article distributed under the terms of the Creative Commons Attribution License, which permits unrestricted use, distribution, and reproduction in any medium, provided the original author and source are credited.