The bacterium named Vibrio cholerae is known to be the microorganism causing the deadly disease called as cholera. The first successful isolation of the V. cholerae bacterium occurs as an important instance in the history of medicine on the whole. New, more virulent and drug-resistant strains of V. cholerae continue to emerge, and the frequency of large protracted outbreaks with high case fatality ratios has increased, reflecting the lack of early detection, prevention and access to timely health care. The primary symptoms of cholera are profuse diarrhea (Looseness of bowl movement) and vomiting of clear fluid. Cholera is only one of many types of diarrhoeal disease, but its global importance is underlined by its inclusion in the WHO Communicable Disease Surveillance and Response (CSR) list.

A patient who is infected with bacteria V. cholerae (Cholera is caused by the bacterium V. cholera, this bacterium is Gram stain-negative), by eating contaminated food and water and by drink water after watermelon. In most cases cholera can be successfully treated with oral rehydration therapy which is highly effective.

An infection of the small intestine caused by the bacterium “Vibrio cholera ”, resulting in profuse watery diarrhea.

The bacterium named Vibrio cholerae is known to be the microorganism that cause a deadly disease known as cholera [1]. The first successful isolation of the V. cholerae bacterium occurs as an important instance in the history of medicine on the whole. It is rather very tough to a certain who actually discovered cholera. The reasons are not far to seek. Most people attribute the discovery of cholera to Robert Koch, the famous German scientist.

Cholera is only one of many types of diarrheal disease, but its global importance is underlined by its inclusion in the WHO Communicable Disease Surveillance and Response (CSR) list [2].

The subsequent loss of fluid volume causes a drop in blood pressure and circulatory shock. If the patient remains untreated, they become progressively weaker, sometimes to the point of death, within 12-24 h of the onset of symptoms. If the patient survives, then the infection usually lasts 1-5 days.

The disease is common in places with poor sanitation, crowding, war and famine. Common locations include parts of Africa, south Asia, and Latin America. If you are traveling to one of those areas, knowing the following cholera facts can help protect you and your family [3].

The primary symptoms of cholera are profuse diarrhea (Looseness of bowl movement) and vomiting of clear fluid. These symptoms usually start suddenly, half a day to five days after ingestion of the bacteria. The diarrhea is frequently described as "rice water" in nature and may have a fishy odor. An untreated person with cholera may produce 10 to 20 liters (3 to 5 US gal) of diarrhea a day. Severe cholera kills about half of affected individuals. Estimates of the ratio of asymptomatic to symptomatic infections have ranged from 3 to 100. Cholera has been nicknamed the "blue death" because a person's skin may turn bluish-gray from extreme loss of fluids [4].

A patient is 27 years old. He was infected with a bacteria V. cholerae (Cholera is caused by the bacterium V. cholerae . (This bacterium is Gram stain-negative), by eating contaminated food and water or by drinking water after watermelon, uncooked food and fruits. After a 24–48 h, some symptoms begin with the sudden onset of painless watery diarrhea that quickly become voluminous and is often followed by vomiting. Its main symptoms are vomiting and diarrhea, because of this disease severe dehydration can occur. He vomits. if he eats or drinks anything. After a day, his color become pale yellow and he became weak due to dehydration (severe loss in water) by loose motions and vomiting. In the first day of infection he drank some rehydration solutions but it was not very effective. He also felt severe pain in stomach.

He experienced accompanying abdominal cramps, probably from distention of loops of small bowel as a result of the large volume of intestinal secretions. Fever is typically absent.

He went to a hospital where proper check-ups were performed. Doctor advised him for few tests (CBC+ESR, Rapid stool test to identify cholera bacteria). A doctor confirms cholera by identifying bacteria in a stool sample. Doctor checked the report properly and gave him first line therapy. 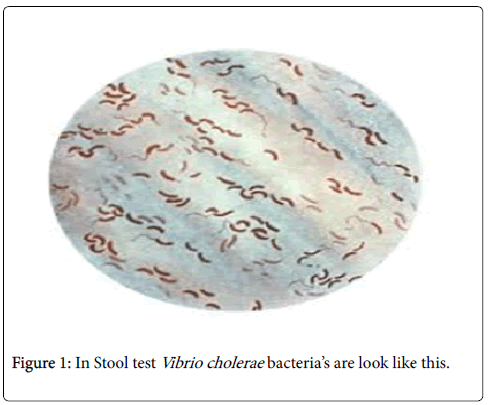 Figure 1: In Stool test Vibrio cholerae bacteria’s are look like this.

Table 1: Different component values of blood were compared with their normal values.

Doctor weighed him. His lose his weight and was of 58 kgs only at that time. He became bluish and weak due to loss of water. After checking all aspects, doctor prescribed him dimenhydrinate tablets for vomiting twice-a-day before the meal, neogram tablets (gramicidin, neomycin sulfate), cipro (ciprofloxacin 500 mg) once-a-day antibiotic to prevent diarrhea, and flygal (Metronidazole) 400 mg twice-a-day and a rehydration solution (ORS).

After a one day therapy, cholera was little bit cured by oral therapy but due to large amount of loss of water from body, patient’s condition was not so well, he became weak and pale yellow in color. Thus, doctor admitted him in clinic because there was lot of water loss from body due to vomiting and looseness of bowl. Doctor injected him an infusion metronidazole and ringer solution 1000 CC with adding dimenhydrinate injection and ROCEPHIN (ceftriaxone injection) 500 mg. He also advised him to take the same as described above medicines again. After a 6-8 days treatment, patient recovered completely but weakness retained for a few days, after eating food and fruits with high calorific values he became healthy. He recovered completely after seven days medication.

During treatment some clinical problems were reported due to medications;

• Stomach irritation due to antibiotic treatment.

If you are travelling to an area where cholera is common, your chances of catching a disease can be low if you;

• Eat raw fruits and vegetables that you can peel yourself.

Cholera vaccines do not work well.

Deadly disease called cholera is caused by eating contaminated food and water etc. The primary cause of this syndrome is an enterotoxin (cholera toxin). In stool specimens V. cholerae can be easily identified by its characteristic yellow colonies. Physicians think that vibrio only grow in association with salt water [5-7].

In most cases cholera can be successfully treated with oral rehydration therapy, which is highly effective. An effective and relatively cheap method to prevent the transmission of cholera is to drink purified water and uncontaminated food.

Cholera is an acute secretory diarrheal illness caused by toxinproducing strains of the Gram-negative bacterium Vibrio cholera [8]. Severe cholera is characterized by profound fluid and electrolyte losses in the stool and the rapid development of hypovolemic shock, often within 24 h from the initial onset of vomiting and diarrhea [9,10].

This case report demonstrated the infection caused by a bacteria V. cholerae. Its symptoms are vomiting and diarrhea because of which water loss from body and dehydration can occur. Due to excessive loss of water from body, patient may feel weak and death can also occur, if not cured.

Antibiotics used for its treatment, anti-emetics and anti-diarrheal are also used. Rapid test (Stool test) used for its diagnosis. By using antibiotics some clinical problems can also occur. Some preventive measures are also used to prevent this disease.

Its main prevention can be:

I take this opportunity to express my profound gratitude and deep regards to Dr. Taha Nazir (Assistant Professor and Course Director Microbiology & Immunology, Faculty of Pharmacy, University of Sargodha) for his exemplary guidance, monitoring and constant encouragement throughout the course of this case report. Also thanks to the staff at the DHQ/UTH hospital Gujranwala.

• Oral or intravenous hydration is the mainstay of cholera treatment.

Copyright: © 2016 Zafar MZ, et al. This is an open-access article distributed under the terms of the Creative Commons Attribution License, which permits unrestricted use, distribution, and reproduction in any medium, provided the original author and source are credited.