Copyright: © 2016 Ali R. Jalalvand. This is an open-access article distributed under the terms of the Creative Commons Attribution License, which permits unrestricted use, distribution, and reproduction in any medium, provided the original author and source are credited.

In this study, we have developed a novel and efficient method based on spectrophotometry in combination with first-order multivariate calibration for simultaneous quantification of cholesterol (CHL) and cholestanol (CHN) in human serum samples. Several multivariate calibration (MVC) models including partial least squares-1 (PLS- 1), principal component regression (PCR), classical least squares (CLS), orthogonal signal correction-PLS-1, net analyte preprocessing-PLS-1 (NAP/PLS-1), and OSC-CLS were constructed based on first-order spectrophotometric data for simultaneous quantification of CHL and CHN under simulated physiological conditions to select the best algorithm for analyzing real samples. The compositions of the calibration mixtures were selected according to a central composite design (CCD) and validated with an external validation set. The results confirmed the more superiority of PCR to other algorithms. The results of applying PCR for simultaneous quantification of CHL and CHN in human serum samples as real samples were also encouraging. It is expected that the suitable features of the developed method make it potentially advantageous for biosensing, and clinical applications.

Cholesterol (CHL, Figure 1A) is a vital lipid which acts as an important structural constituent of plasma membranes, and is a precursor of steroid hormones and bile acids [1]. Quantification of CHL is interesting because its level in blood is an important parameter in the diagnosis and prevention of disease. Increased levels of CHL in plasma is associated with atherosclerosis, nephrosis, diabetes mellitus, myxedeme and obstruction jaundice. Decreased levels of CHL may be related to hyperthyroidism, anaemias, maladsorption and wasting syndromes. Normal levels are affected by stress, age, gender, hormonal balance and pregnancy. Cholestanol (CHN, Figure 1B) is a 27-carbon stanol which could be formed from the biohydrogenation of CHL. The elevation of CHN in the serum is known to be one of the biochemical markers of cerebrotendinous xanthomatosis (CTX) [2,3] and liver and biliary tract diseases [4-7]. The concentration of CHN and the concentration ratio of CHN to CHL are increased in the sera of patients with cerebrotendinous xanthomatosis, obstructive jaundice and cholestatic hepatitis Figure 1.

Simultaneous quantification of CHL and CHN in serum is not easy, because CHL and CHN can be hardly separated and the concentration of CHL in normal serum is 500-1000 times more than CHN. Approaches for the simultaneous determination of CHL and CHN are gas chromatography (GC) [8,9], capillary GC [4,7,10], GC-mass spectrometry (GC-MS) [11], high-performance liquid chromatography (HPLC) with fluorescence detection [12-14], and HPLC with UV detection [15-18]. However, all of these approaches are good, but the treatment applied is time-consuming and expensive. Therefore, to introduce simpler methods, it would be appropriate to use well-established analytical methods in order to facilitate their wide applications in different laboratories. An attractive possibility is coupling multivariate calibration methods to spectrophotometry.

Recently, multivariate calibration has been applied to different types of data for the analysis of complex mixtures [19-23]. Several algorithms have been used for processing these data [24-26]. All these algorithms use the full spectral information and not only a characteristic peak value, and they allow a rapid quantification of mixture components, with no prior separation.

Scheme 1: Schematic representation of the developed methodology in this work.

CHL, CHN, 4-amino antipyrine, cholesterol esterase, cholesterol oxidase, peroxidase and isopropyl alcohol were purchased from Sigma- Aldrich and used as received. Other chemicals were of analytical grade and purchased from other commercial sources. A phosphate buffer solution (PBS, 0.1 mol L-1) of pH 7.4 was prepared using Na2HPO4 and NaH2PO4 (pH adjustment was carried out by NaOH and H3PO4) and was used to adjust the pH of the solutions. Doubly distilled water (DDW) was used throughout.

CHL and CHN could be spectrophotometrically determined after hydrolysis and oxidation by cholesterol esterase and cholesterol oxidase, respectively, and formation of an indicator quinoneimine dye in the presence of phenol and peroxidase. The reagent to produce the quinoneimine dye from CHL and CHN could be prepared from cholesterol esterase 0.16 U/ml, cholesterol oxidase 0.11 U/ml, 4-amino antipyrine 0.25 mmol/l, phenol 25 mmol/l, and peroxidase 5.5 U/ml. 0.25 ml of the reagent was added to 2.5 ml of the solution containing CHL or CHN or both of them and was allowed to mix well and incubated at 37°C for 5 minutes. The solution turns to brownish red color and after that the absorbance of the solution was recorded from 400-700 nm.

All the recorded experimental data was smoothed, if necessary, and converted to data matrices by the use of several home-made m-files in MATLAB (Version 7.5, MathWorks, Inc.). All the m-files used in this study were run in MATLAB environment. Spectrophotometric experiments were performed using an Agilent 8453 UV-Vis diodearray spectrophotometer which was controlled by the Agilent UV-Vis ChemStation software and equipped with a 1-cm path length glass cell. Temperature control accessory for Agilent 8453 UV-Vis spectrophotometer was precisely set to (37.0 ± 0.1)°C. A JENWAY-3345 pH-meter equipped with a combined glass electrode was used to pH measurements. All computations were run on a DELL XPS laptop (L502X) with Intel Core i7-2630QM 2.0 GHz, 8 GB of RAM and Windows 8 as its operating system.

A solution containing CHL or CHN or both of them with a predefined concentration and the reagent was transferred into the glass cell and embedded in cell holder of the spectrophotometer which its temperature was kept constant at 37.0 ± 0.1°C. After 5 min, the spectra were recorded between 400-700 nm.

For evaluating the performance of the first-order MVC models used in this work, each model was validated for the prediction of the concentrations of CHL and CHN in validation set, regarding root mean square errors of prediction (RMSEP), and relative error of prediction (REP).

where yact and ypred refer to actual and predicted concentrations, respectively, ymean refers to the mean of the actual concentrations and n is the number of samples in validation set.

Selection of the optimum number of latent variables

In multivariate calibration, usually we have two data sets: a calibration set which is used to build the regression model, and a validation set for checking the prediction ability of the developed model after optimization of all calibration parameters. Before calibration, the optimum number of latent variables must be determined in order to avoid overfitting, by the use of the well-known cross-validation method developed by Haaland and Thomas [28]. For estimating the optimum number of latent variables for the first-order algorithms used in this work leave-one-out cross-validation was used. The optimum number of factors could be estimated by calculating F(A)=PRESS (A<A*)/ PRESS (A), where PRESS=Σ (ci,act-ci,pred)2, A is a trial number of factors, A* refers to the minimum PRESS, and ci,act and ci,pred refer to the actual and predicted concentrations ofI the sample left out of the calibration set during cross validation, respectively. Then, the number of factors leading to a probability of less than 75% that F>1 is selected.

We are going to report the most important analytical figures of merit which could be used for comparison or quality studies. The selectivity involves the part of the total signal which is not lost due to spectral overlapping [29], and could be defined by resorting to net analyte signal (NAS) calculations [29]:

Sensitivity measures the changes in response as a function of analyte concentration [29], and could be calculated by:

The following equation could be used for estimation of the limit of detection (LOD) [30]:

refers to the instrumental noise. The value of

could be estimated from the standard deviation of NAS of several blanks. A better method for estimating the LOD is to consider type I and II errors, leading to the following definition of LOD [31]:

where S0 refers to the standard error of the blank (the coefficient 3.3 corresponds to 0.05 as α and β probabilities for type I and II errors).

Figure 2: Representative spectra of (A) CHL, and (B) CHN at different concentrations. Insets: dependence of absorbance with concentration.

Calibration set: Thirteen calibration mixtures (the compositions of the calibration mixtures were selected according to a central composite design, Table 1) were prepared in the PBS (0.1 mol L-1, pH 7.4) which was spiked with appropriate amounts of analytes of interest considering the linear calibration ranges (previously obtained from univariate calibrations). Finally, the spectra of the solutions were recorded in random order (Figure 3A).

Figure 3: The spectra corresponding to (A) calibration set, and (B) validation set.

PLS-1, PCR, CLS, OSC-CLS, OSC-PLS-1, and NAP-PLS-1 algorithms were separately run on calibration, and validation data sets. According to the results presented in Table 2, with satisfactory values for RMSEP and REP for CHL and CHN it is apparent that the PCR algorithm has found the best results. These results confirmed that the RMSEP and REP values found by PCR were apparently smaller than those obtained by the other algorithms.

Table 2: Predicted concentrations of CHL and CHN in validation set by first-order algorithms used in this study. Analytical figures of merit (AFOM) for PCR including sensitivity (SEN), analytical sensitivity (γ), selectivity (SEL), and limit of detection (LOD) are shown in Table 3. From Table 3, all parameters are seen to be good, indicating that the PCR offers a sensitive and selective approach for simultaneous quantification of CHL and CHN.

The effects of common interfering substances were examined prior to the application of the proposed method for the analysis of real samples. The anti-interference ability of the proposed method was evaluated by the addition of various interferences into PBS (0.1 mol L-1, pH 7.4) containing CHL (100 mg/ml), CHN (50 mg/ml) and the reagent. It was found that 50-folds Ca2+, Al3+, SO32-, CO32-,SO42, Na+, K+ and HSO4-; 100-folds glucose; 50-folds dopamine, uric acid and ascorbic acid did not give any significant interference on the response. Thus, this study confirms that the developed method can tolerate a high concentration of interfering substances and, therefore, could be used as a selective method for simultaneous determination of CHL and CHN in the presence of common interfering substances.

For checking the ability of the proposed method for simultaneous quantification of CHL and CHN in real samples, the PCR algorithm was selected for the analysis of five human serum samples provided by five volunteers. To check the feasibility of the proposed method, simultaneous quantification of CHL and CHN was performed in partially diluted human serum samples. Serum samples were partially diluted with PBS (0.1 mol L-1, pH 7.4) and the reagent was added and kept at 37.0 ± 0.1°C for 5 min then, the spectra were recorded between 400-700 nm (Figure 5). Final concentration of each analyte was obtained by multiplying the detected value by the appropriate dilution factor. The results of the analysis of human serum samples are reported in Table 4. 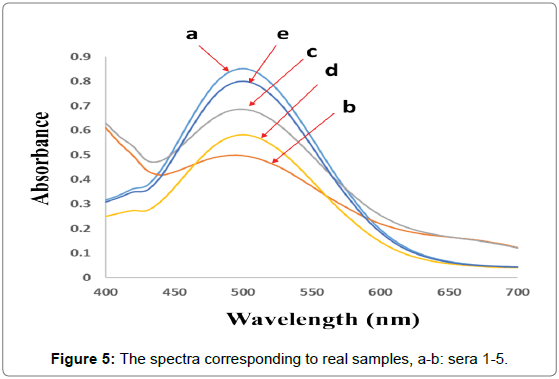 Table 4: Results of analysis of human serum samples by PCR.

Financial supports of this project is by Research Council of Kermanshah University of Technology are gratefully acknowledged.