ISSN: 2090-2719
Journal of Biomusical Engineering
Make the best use of Scientific Research and information from our 700+ peer reviewed, Open Access Journals that operates with the help of 50,000+ Editorial Board Members and esteemed reviewers and 1000+ Scientific associations in Medical, Clinical, Pharmaceutical, Engineering, Technology and Management Fields.
Meet Inspiring Speakers and Experts at our 3000+ Global Conferenceseries Events with over 600+ Conferences, 1200+ Symposiums and 1200+ Workshops on Medical, Pharma, Engineering, Science, Technology and Business

A Pilot Study on the Portable EEG-Based Music Effects

Copyright: © 2016 Lin S, et al. This is an open-access article distributed under the terms of the Creative Commons Attribution License, which permits unrestricted use, distribution, and reproduction in any medium, provided the original author and source are credited.

Visit for more related articles at Journal of Biomusical Engineering

Previously electroencephalogram (EEG) based BCI (Brain Control Interface) is very complicated for the homebased users. This paper presents a pilot study on the portable EEG-based BCI system to find the music effect relation between music genres and human’s attention and meditation. Music genres for various background music styles are analyzed for the experiment, to obtain the subjects’ EEG data with various attention and meditation levels. Finally we found that the classical symphonic music makes subjects obtain the most significant response, and the proposed method can be adopted for the fields of music healing, education, and entertainment, hopefully.

The non-invasive EEG/BCI system is a huge system originally, which makes users much inconvenient in the traditional usages and requires complicated software and hardware implementations [1,2]. Nowadays the EEG/BCI products have been developed into the portable wearing technology based market in recent years. Some of the portable EEG-based BCI products have been even applied into the entertainment fields [3,4]. Several applications of BCI is used to control the medical facilities, such as the wheelchair [5]. Music healing is also becoming one of the EEG/BCI applications, such as the tension and stress release [6,7]. Currently some simplified portable EEG-based BCI have been developed for people to use easily, such as the TGAM (ThinkGear AM) chip [8] with many applications, including nerorobotics [9], and learning [10,11]. There are some usages of the portable TGAM-based EEG/BCI for music, such as music player [12] and sound for virtual reality therapy with both attention and meditation level measurement [13]. In this paper, we would like to present a convenient home-based EEG/BCI system using TGAM to find the music categories related to human’s attention and meditation.

This research provides a convenient way to find the relation between human’s attention/meditation levels and music categories. The follows shows more detailed methodology of this research.

According to Gjerdingen RO and Perrott D’s research [14], 10 main genres of popular music are widely recognized in the late 1990s, including (1) Blues, (2) Classical, (3) Country, (4) Dance, (5) Jazz, (6) Latin, (7) Pop, (8) R & B, (9) Rap, and (10) Rock. We choose Rock and Roll, and Pops Folk Song from the popular music genes as our music stimuli. In the meantime, Traditional Chinese Confucius Temple Music is also selected as one of the music genes for this research, while Classical Symphonic Music is selected as the Classical genres. Figure 1 shows the music classification for the portable BCI/EEG experiment of this research. Table 1 shows the music genres with the correspondent pieces used for the experiment. 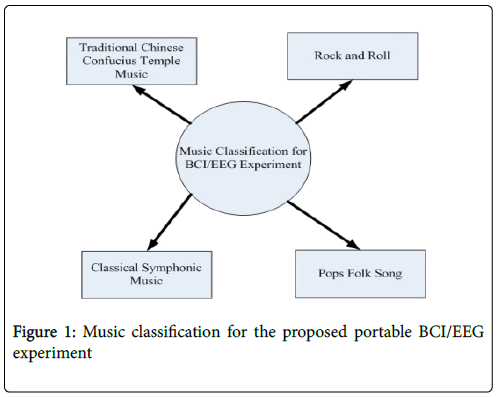 Table 1: Music genres with the correspondent pieces used for the experiment

Table 2: Four most significant music features used for the experiment.

Graphical interface for the EEG-based BCI 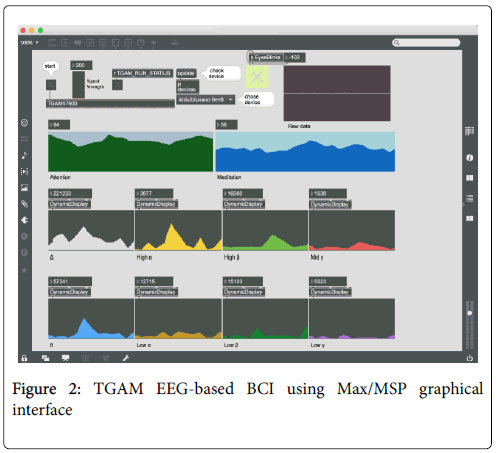 There are six subject listening to music in various styles, as the above mentioned. Three of them are musicians with more than 10 years professional instrumental training; and the remaining three nonmusician subjects are amateur music lovers. The experiment procedure and experiment facility is depicted as the following sections.

The experiment procedure can be described into the following steps:

Make the subjects listening to various music content and styles;

Confirm to see if any change is needed for various music style;

If it needs to change the music style, then go back to item (2); if not, then go to the end.

The flow chart of the experiment procedure is as shown in Figure 3. Figure 3: The flow chart of the experiment procedure.

The following equipments are used for our proposed EEG/BCI music effect analysis:

Speakers: A set of stereo speakers with amplifier According to the experimental result, the classical symphonic music makes subjects obtain the most significant response, including both attention and meditation levels. However after it repeats several minutes, attention level decreases, and meditation level gradually maintains into the middle level. As we know, classical music shows its contrast in harmony, rhythm, tempo, and dynamics much more significant than other music genres. The second strength of music content attention/meditation associativity is derived from the traditional Chinese confucius temple music. It may happen significantly for Chinese people. We may need non-Chinese subjects to join the experiment for this issue in the future research.

No matter which category of music, in the first minute, the subjects’ EEG data vary greater than the values after one minute. After one minute later, the subject may gradually get into the “music world”, therefore EEG data varies slower and smaller, but the correspondent music features, especially the music chord changes make EEG vary up and down with greater values.

Basically the music effect strength in the degree of EEG associated with both Attention and Meditation levels is as follows (from the greatest to the smallest in sequence):

Musician subjects show higher degree of association between the EEG attention/meditation levels and the music content than the nonmusician subjects, such as the chord, rhythm, and tempo changes.

This proposed method and experiment to find the relation between music genres and human’s attention/meditation can be basically found from the portable EEG-based BCI device. This pilot study can be used in the fields of music recommendation system, music healing, music therapy, music education, and some other fields related to medical and music interdisciplinarily. The independent levels of attention and meditation related to music features should be investigated in the future research with further analysis. The future trends of cloud computing with big data analysis with the EEG-based bio-feedback can be also adopted in the future, to fulfill the intelligent home-based system with the integration of music therapy, entertainment, and education.