Acid Mine Range by Bioremediation

The ecosystem's ability to remain healthy is being threatened by pollution. The livelihood of land and water dwellers is currently being negatively impacted by the fast rise in environmental degradation. This is caused by human-made and industrial activity, including mining, which frequently results in the production of acid mine drainage, one of the most severe ecological issues. The severe impact on home and industrial uses of soil and water emphasises the urgent need for remediation. Because some of these techniques are not eco-friendly and others lead to site recontamination, the employment of physical, chemical, physicochemical, and thermal procedures in the treatment of AMD contamination has come under fire. Utilizing microorganisms to safely breakdown toxins is called bioremediation. Environment this study critically reviewed a variety of bioremediation techniques for the treatment of AMD contamination, as well as the factors affecting their application, cost-benefit analyses, environmental impact studies, challenges, and future prospects of bioremediation technologies for effective treatment.

According to the study, bioremediation has been shown to be efficient and may be used as a low-cost, ecologically acceptable method of cleaning up AMD-contaminated locations [1]. Large-scale application is still difficult, though [2]. Optimizing and developing bioremediation systems that can clean up areas with complex combinations of toxins that are not equally dispersed in the environment still need research [3]. The quality of the environment is influenced by the way of living on earth [4]. A clean and pollution-free ecology is intrinsically tied to good health [5]. Air, water, and soil pollution, which has recently grown significantly and threatens the survival of life and the sustainability of the environment, are all ascribed to human, industrial, or natural sources [6]. The introduction of potentially harmful substances that are poisonous to both people and other ecosystem-dwelling bacteria is referred to as pollution [7]. Pollutants are dangerous solids, liquids, or gases that are produced in greater quantities than usual and harm the quality of our local environment [8]. Environmental contamination on a global scale is unquestionably seen as a complex global public health issue [9]. This significant issue needs to concerns and behaviours related to social, economic, governmental, and lifestyle issues [10].

Urbanization and industrialization are definitely reaching unprecedented and disturbing heights in our day. Approximately 9 million fatalities worldwide are attributed to anthropogenic environmental pollution each year, making it one of the biggest dangers to public health. These activities harm the ecology by polluting the soil for plant development, the air we breathe, and portable water. While industrialisation brought about great scientific developments, social progress, and the provision of a variety of services, it also caused the release of significant quantities of pollutants into the environment that are harmful to human health and the ecosystem as a whole. Environmental contamination remains a problem despite substantial efforts to clean up polluted areas in recent years. Brings up persistent health issues the problems are unquestionably greater in poorer nations, where traditional pollution sources including mining operations, industrial emissions, inadequate sanitation, inadequate waste management, contaminated water supplies, and other anthropogenic causes may all be found. There are several effects. But environmental contamination still exists, especially among the poorer sections of the population, even in wealthy countries. The home, food, water treatment, and pest control industries have seen a rise in a wide range of modern pollutants, including those associated with traffic and the use of new chemical products. The effects of the majority of these harmful compounds on health are sometimes delayed or impossible to detect since they are seldom encountered in extremely high quantities. Some of the environmental problems that we are currently facing imply enormous hazards. Any alteration in the natural soil environment brought on by the presence of artificial or alien bodies, chemicals, or substances is referred to as pollution or contamination. The deterioration might be caused by inappropriate human waste.

Disposal, mining, and other heavy industry operations that are gelogenic in nature. In terms of land pollution and contamination, acid mine drainage is one of the main pollutants that has significantly harmed soil fertility, plant germination, growth, and nearby water bodies, ultimately causing the slow extinction of terrestrial and aquatic life. Since AMD is harmful and can have long-term effects on the environment, effective remediation methods for AMD and the ecosystems it impacts have become more important in recent years. Untreated AMD entering the ecosystem has a number of negative consequences on living creatures, as is widely recognised. AMD may pollute groundwater, rendering it unfit for human consumption.

Copyright: © 2023 Patel A. This is an open-access article distributed under the terms of the Creative Commons Attribution License, which permits unrestricted use, distribution, and reproduction in any medium, provided the original author and source are credited. 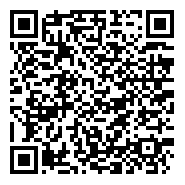